Turkish police have raided pro-Kurdish Peoples' Democratic Party (HDP) offices as part of a sweep against the outlawed Kurdistan Workers Party (PKK). Deadly fighting continues to between security forces and the PKK. 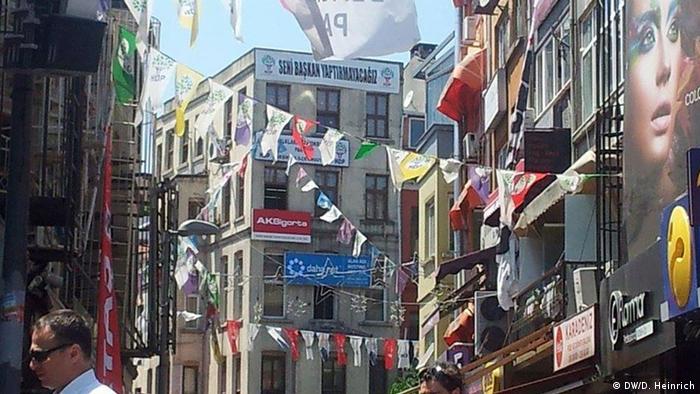 Turkish police arrested members of the HDP on Thursday following an overnight raid on a branch office in central Istanbul. The HDP, the country's third-largest party, took to Twitter to condemn the raid on its Beyoglu office.

“The police, breaking down the door when there was no one inside, are searching out provincial offices,” the HDP wrote on its official Twitter account. “Being illegal, we condemn this development.”

Authorities later told the state-run Anadolu news agency that 17 people – including HDP members – were detained in raids in 10 locations across Turkey's largest city.

The news report said the raids targeted the "urban structure" of the PKK and that the unnamed detainees were accused of "terror group membership" and recruitment and staging illegal protests.

The raids follow explosions in two cities in Turkey's southeast that authorities said killed nine civilians and wounded dozens Wednesday evening. The HDP had condemned the apparent bombings in the city of Diyarbakir and Kiziltepe area of Mardin province.

"We repeat our call for the bloodshed and violence to be halted immediately and for steps to be taken to solve our problems by talking and negotiations," the HDP said in a statement.

A 30-month ceasefire between Turkey and the PKK fell apart last year, triggering some of the worst violence in the southeast since the group launched its insurgency in 1984.

The PKK, designated as a terrorists by Turkey, the EU and US, is fighting a war for recognition of Turkey's Kurdish minority.

A top PKK commander had warned at the weekend of fresh attacks. "The war will from now on be conducted everywhere without distinguishing between mountains, valleys and cities," the PKK's Cemil Bayik said in an interview published by the Firat news agency, which has close links to the PKK.

But HDP co-leader Selahattin Demirtas subsequently condemned Bayik's threats and repeated calls for the PKK to boost its efforts at diplomacy.

President Tayyip Erdogan accuses the HDP of being a political extension of the PKK and successfully pushed for their parliamentary immunity lifted in May, paving the way for prosecution.

The HDP denies direct links with the outlawed PKK and promotes a negotiated end to the insurgency that has killed 40,000 people, mostly Kurds, who have long complained of systemic discrimination and oppressive crackdowns by the Turkish state.