A German magazine, citing police sources, has said that a young boy tried twice to set off explosives in his hometown of Ludwigshafen. The child reportedly targeted the town hall and a local Christmas market. 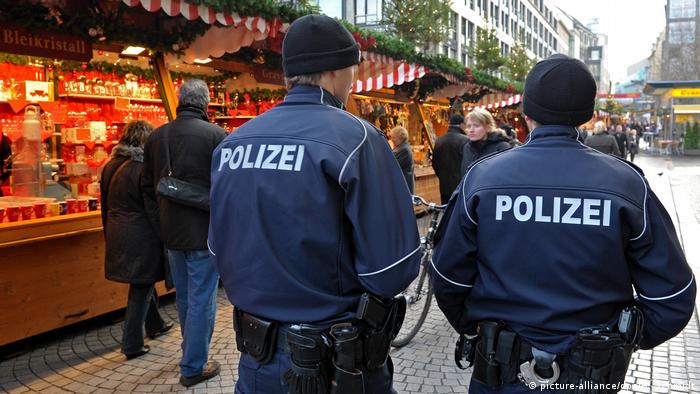 German media reported on Friday that a 12-year-old boy was suspected of planning two different bomb attacks in the western German city of Ludwigshafen. The German magazine "Focus" said he had first tried to target a Christmas market at the end of November, before placing a backpack with explosives near a high-rise building containing both city hall and a shopping center.

Hubert Ströber, a state prosecutor for nearby Frankenthal, confirmed reports that jars containing flammable material had been found in two locations in Ludwigshafen. However, he told DW that his office is "not investigating further" because the German criminal code exempts him from prosecution as a juvenile under 14 years of age. He added, however, that he had informed the Federal Prosecutor's Office of the case.

Ludwigshafen Mayor Eva Lohse said on Thursday at a press conference that the Federal Prosecutor's Office had issued a gagging order on further information about the case. Lohse did, however, say the 12-year-old suspect was in a safe location.

According to judicial and police sources, the boy was born in 2004 in Ludwigshafen to parents from a German-Iraqi background. The boy had been "heavily religiously radicalized," by an unknown agent of the so-called terrorist organization "Islamic State" (IS) said "Focus" magazine

The report claimed that the first attempted attack came on November 26 at the city's Christmas market. There was no blast, however, as whatever the boy had allegedly used failed to detonate - the magazine was unable to confirm exactly what materials had been used to make the bomb.

On December 5, the 12-year-old is suspected of leaving a backpack containing a jar of explosive materials and nails outside city hall, a busy area as the building is also partly a shopping center. A passer-by alerted the authorities to the suspicious bag, and they were able to dispose of it safely. Later, analysts discovered that the jar was filled with different types of fireworks that while flammable would not have exploded.

Police told "Focus" the boy had been brought to social services with the understanding of his parents. Although the youth cannot be tried in court, the magazine reported that a criminal inquiry has been opened into the incidents. Prosecutor Ströber told DW that he could not provide any further details, as it might compromise an investigation being carried out by the federal prosecution office in Karlsruhe.

The men are suspected of supporting the jihadist faction, Ahrar al-Sham. One is accused of supplying thousands of euros worth of technical support, while another allegedly drove a pickup truck all the way to Syria. (22.11.2016)

At the autumn conference of Germany's Federal Criminal Police Office the main topic was Global migration and its consequences. Holger Münch talks to DW about jihadists, right-wing terror and new police digital equipment. (19.11.2016)