The original "Trainspotting" cast reunited for a sequel, "T2." Ewan McGregor's sexy nihilist junkie is now a middle-aged failed accountant. As the film is released in the US, here's a look back at the cult.

An updated version of Ewan McGregor's iconic monologue from the 1996 film "Trainspotting" sets the stage for the sequel.

The new film's monologue doesn't end with the original line, "Who needs reasons when you've got heroin?" as in "T2 Trainspotting," the drug in question is an "unknown drug that was produced in some kitchen."

This time around, instead of listing consumer goods of the 90s - that big television, washing machine, car, and dental insurance mentioned in the first monologue - Renton rather refers to social media: "Choose Facebook, Twitter, Instagram and hope that someone, somewhere cares..."

Although the four anti-heroes of the tragicomedy by director Danny Boyle have grown old, have they really changed that much?

Can the sequel be as successful as the original? 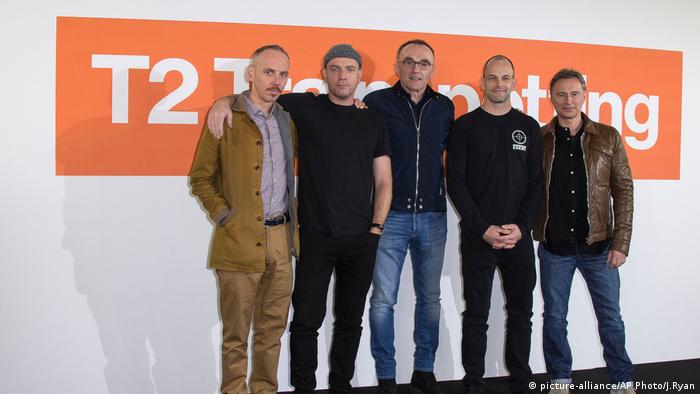 The entire cast is back. Ewan McGregor stars once again as Mark Renton, Jonny Lee Miller as "Sick Boy," Ewen Bremner as "Spud" and Robert Carlyle as "Begbie." Even Renton's love interest, Diane (Kelly McDonald), is once again part of the crew.

Welsh told news agency Reuters that he preferred the second film: "The first one clearly had a lot of energy, it presented a world that many people didn't know until then. This film here has more depth." 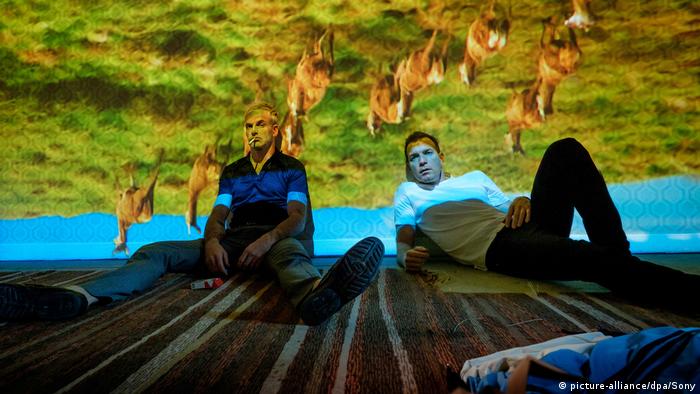 After spending years in Amsterdam, Renton (Ewan McGregor) returns to his hometown, in the district of Leith in Edinburgh. He meets his old friends whom he swindled out of 4,000 pounds in connection with a drug deal.

"This time, Edinburgh as a city is much more present than was the case in the first film, it was wonderful to shoot there," Ewan McGregor raved at the premiere that took place in the Irish capital in January. The first film was set primarily in Glasgow. 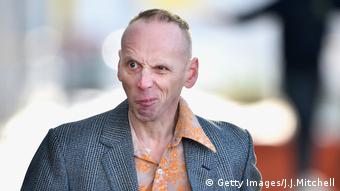 Drugs still play a central role, with cocaine and Viagra having replaced heroine. Twenty years later, "Sick Boy" is a pimp who exploits the increasing gentrification of Edinburgh. Crazy "Begbie" who fled from jail is more violence-prone than ever.

Clumsy "Spud" is still involved in extremely embarrassing scenes reminiscent of the memorable tablecloth scene in the original.

Ewen Bremner, who plays "Spud," praised the film for its humor while noting: "It's about an existential struggle, about everything that people need in order to go on - no matter if that's heroine or something else that people use for filling their lives' emptiness, or for curing their pain."

Music in the new film echoes the popular soundtrack of the original. It even includes a remix of Iggy Pop's tune "Lust for Life." The soundtrack accompanying the sequel was released alongside the film's premiere in the UK, and is likely to be just as popular as its predecessor.

When the original cast got together once again to shoot the sequel, an old conflict was resolved. In the 1990s, Danny Boyle chose Leonardo DiCaprio to perform the main role in "The Beach," much to Ewan McGregor's disappointment. "I made the mistake to resent Danny's professional decision. I was young and stupid," said McGregor. Relations are better between them now: "Now I regret not working with him in films that we could have made together." The reconciliation between the performer and the director goes hand in hand with the sequel which also deals with deceit and reconciliation.

"T2 Trainspotting" was released in Germany in February and opens in US theaters on March 17.

Competition Highlights: The Dinner and T2

The long-awaited sequel to 'Trainspotting' 20 years after the original, offers plenty of sex, drugs and rock 'n' roll. 'The Dinner' addresses the dilemma of whether the parents of murderers should turn in their children. (13.02.2017)

The cult of Apple: Steve Jobs on the big screen (again)

The premiere of the new biopic on Apple founder Steve Jobs has been met with wide approval at its premiere in New York. And much of the credit goes to its German-born lead actor, Michael Fassbender. (08.10.2015)

And the Oscars Go To "Slumdog Millionaire"