Located half way between Africa and Latin America, Saint Helena used to be a very remote place. Now an airport has placed what was once Napoleon's place of exile on the tourist map. 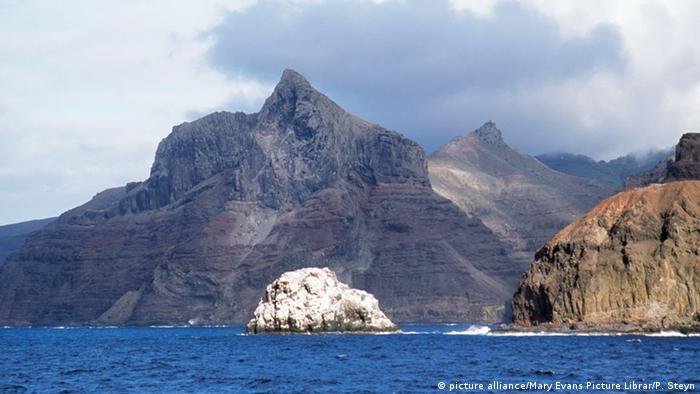 The day when modern times came knocking at Saint Helena's door was very blustery indeed. Despite the gusts, South African Grant Brighton safely landed his twin engine Beechcraft King Air 200 on the island's air strip on September 15, 2015. By doing so he wrote history.

His landing, the first ever at the nearly completed new airport, put an end to the Atlantic island's remoteness. Some 200 years after Napoleon Bonaparte's defeat at the Battle of Waterloo and his subsequent exile to Saint Helena this, one of the world most remote islands, suddenly found itself on the map of international tourism. 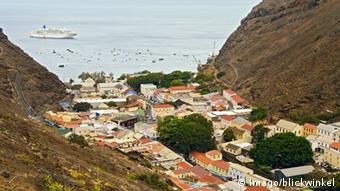 The capital Jamestown was founded in 1659

The island was recently listed by the travel guide "Lonely Planet" in its top 10 regions to visit, citing that the airport was about to make remote Saint Helena more easily accessible. Everyone seems to know the island, and will have heard its name but most couldn't really say where exactly it was to be found.

Anyone wanting to visit the island had to sail across rough seas on a cargo ship. The British Overseas Territory is located at the half way point between Africa and Latin America in the South Atlantic Sea - in the west some 2,000 kilometers (1,242 miles) from Angola and in the east just under 3,000 (1,864 miles) kilometers from Brazil.

Since people first settled on the island back in the 16th century, cargo ships were the only connection the "Saints," as the locals like to call themselves, had to the rest of the world. But the contract to build a commercial airport was awarded to a South African construction company four years ago, and some 600 workers have accomplished Herculean undertaking. They not only had to blast away tons of rocks and cliffs, but also fill an entire valley in order to build the 1,950-meter long runway.

The airport is to be ceremoniously handed over on February 26. The British-Airways subsidiary Comair then plans to offer a weekly five-hour flight from Johannesburg to the island on a Boeing 737-800. Hanover-based German travel operator TUI on behalf of the Atlantic Star Airlines intends to offer regular flights from London to the island as of Easter. 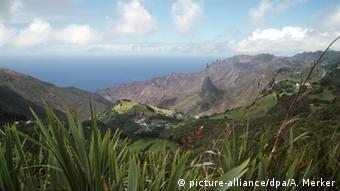 An abundance of nature in the middle of the Atlantic Ocean

"We are expecting a surge in tourism," said an employee of the local Tourism Office in Jamestown. But there are words of caution too, including from the island's economist Niall O'Keefe. The rest of the world now will be able to access the adventure, heritage and natural beauty of Saint Helena, he wrote into the "Saints" register.

But on the online page of the island he also warned that, "There is still much to do to develop our accommodation and tourist industry over the next few years." This is because the small number of guest rooms, which sufficed for the few visitors who came, will no longer be enough. That's why there are plans to construct a 32-bed hotel.

Black volcanic cliffs, rugged coastline and lush green vegetation are what make this a paradise for those trying looking to escape the big cities and find some peace and quiet. Jamestown, the main village with its 1,000 inhabitants is home to nearly a quarter of all of the island's population. Upon arrival, travelers had better not shy away from waves and surf - disembarking hasn't changed much since Napoleon's time. The French emperor's last abode is today one of the main attractions on the island. 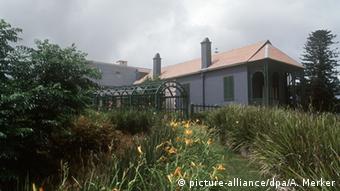 Saint Helena was discovered by the Portuguese Admiral Joao da Nova, who was returning from India when he came across the island. He arrived on May 21, 1502, in the place where Jamestown now stands. For years the island served as an intermediate stop for sea farers, to take fresh water and fruit on board, until eventually the British began to settle on Saint Helena.

The island introduced its own constitution in 1988, but it still receives British government subsidies and Queen Elizabeth II remains the head-of-state. Her Royal Mail Ship, the "RMS St Helena," which has until now ensured the island's connection to the rest of the world, will be taken out of service in July next year.