Religious intolerance is growing in Indonesia | Asia| An in-depth look at news from across the continent | DW | 26.02.2013

Religious intolerance is growing in Indonesia

Indonesia has the biggest Muslim population in the world and is often described as a country where people live peacefully side by side, tolerating difference. Now, however, religious minorities are being targeted more. 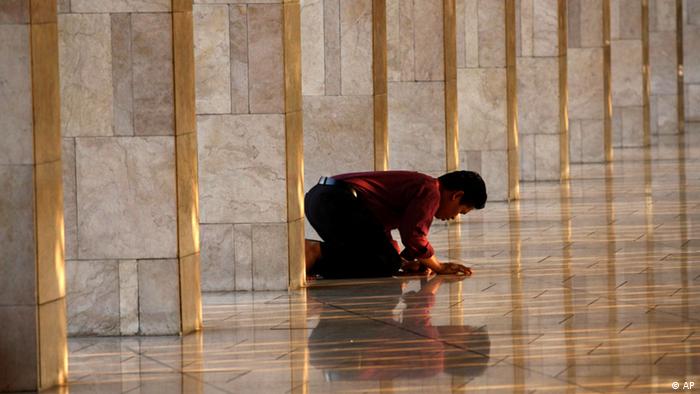 Indonesia's brand of Islam is often portrayed by women wearing headscarves smiling in friendly fashion or children playing in front of a mosque. Almost 90 percent of the island state's inhabitants are Muslim.

However, this positive image of a country where different communities and cultures interact peacefully with each other contrasts heavily with the reality of the past 10 years.

There is more and more intolerance in society. There has been an increase in attacks on religious minorities in recent years. Earlier on this month, three churches in South Sulawesi Province were attacked with Molotov cocktails.

Last year, a Christian congregation in Bekasi on the outskirts of the capital Jakarta was forced to pray on the streets when their church was filled with bags containing human feces and urine.

"To be honest I no longer feel safe in Indonesia," Albertus Patty, the head of the Communion of Churches in Indonesia (PGI) told DW. "There are many acts of violence. The police and government aren't doing anything to stop this.”

"Indonesia is no longer a tolerant country." 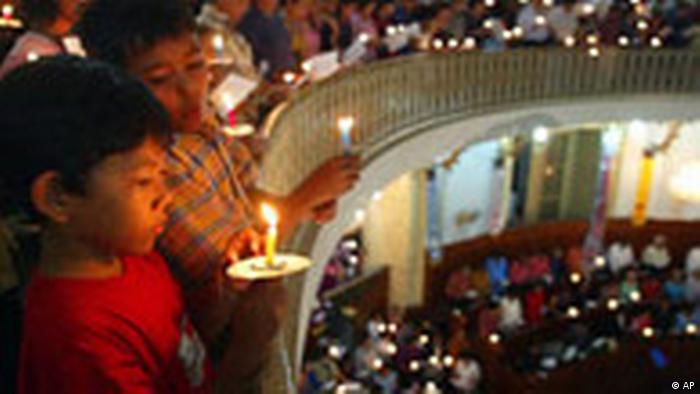 Many of Indonesia's Christians now fear for their lives

However, not only Indonesia's Christians are scared. There has also been an increase in violent attacks against the country's Muslim minorities.

Most of Indonesia's 200 million Muslims are Sunnis. There are an estimated 100,000 Shiites and 400,000 Ahmadiyyas who were declared "deviant" by Indonesia's top Islamic body in 2008.

"Studies show that tensions within one religious community are much greater than between religious groups," said Novriantoni Kahar, the director of the Indonesia Tanpa Diskriminasi foundation (Indonesia without Discrimination) that carries out research on intolerance.

A poll conducted last year found that over 40 percent of those surveyed would not want Shiites or members of the Ahmadiyya community living in their neighborhood in comparison to 15.1 percent who said they did not want Christians or Hindus as their neighbors. 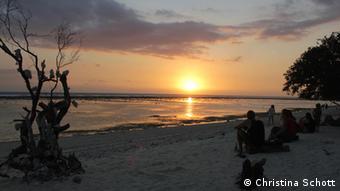 Indonesia is not as idyllic as it appears on the surface

Mubarik Ahmad is the Ahmadiyya community's spokesman in Indonesia. He complains that members of the community have been intimidated and terrorized since 2005 and that their prayers and activities have been banned in many districts.

In 2011, three people were killed when an Ahmadiyya place of worship was attacked.

Moreover, people who are discriminated against on religious grounds do not seem to be able to turn to the courts for help. Last year, a government official in West Sumatra was sentenced to two-and-a-half years in jail because he had created a forum for atheists on the social network Facebook. He was found guilty of defaming Islam and insulting the Prophet.

Novriantoni Kahar attributes the increase in violence in Indonesia to the fact that it is difficult when a country makes the transition from dictatorship to democracy, citing the Arab spring as an example. "However, the problem is that the transition has been going on for 10 years already. Violence has existed for a long time in Indonesia."

William Liddle from Ohio State Universtiy is pessimistic about the future: “Secular parties such as the Party of the Functional Groups Golkar and the Democratic Party are moving more and more to the right. I believe that Ahmadiyyas and Shiites will be targeted even more because they won't be protected by the police or the political system."

Kahar agrees and points out that political parties have not voiced their concern about the cases of intolerance loudly enough.

According to a poll conducted by Indonesia Tanpa Diskriminasi, almost 25 percent of the Indonesian population accepts acts of violence to protect religious principles.

Experts say that democratic forces in the so-called Developing Eight (D-8) Muslim nations are under threat and that economic progress could be impeded by the rise of Islamism in their societies. (23.11.2012)

Communal tension in the Indonesian city of Kupang is reminiscent of the religious conflict that gripped the country in the late 90's. But what is different this time is that the young people are speaking out against it. (30.07.2012)