Although the Bangladeshi authorities have yet to establish the motive behind the murder of blogger Avijit Roy, his wife claims religious fundamentalists killed her husband because of his writings. 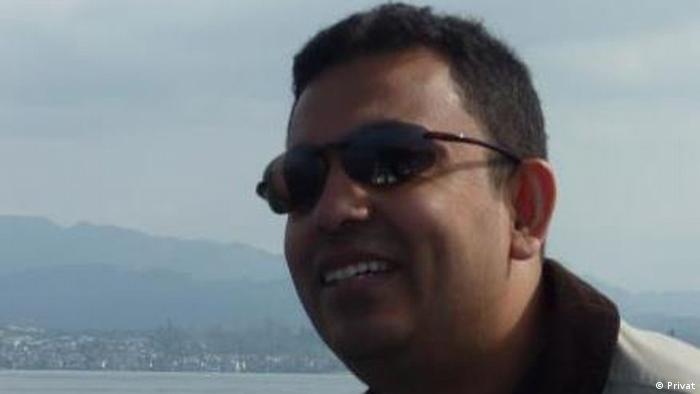 More than two months have been passed since the murder in Dhaka of Avijit Roy, a US blogger of Bangladeshi-origin but the police have made little progress in their investigation. Roy was an atheist and it is widely believed that his killers are Islamist extremists. His blogging site Mukto-Mona (Freethinker) was nominated for an award in Deutsche Welle's Bobs (Best of Blogs) competition in 2014.

Roy and his wife Rafida Bonya Ahmed, who is also a blogger and US citizen, were attacked on a busy street on Dhaka University campus in Dhaka, the capital of Bangladesh, on February 26, 2015. They were returning from a book fair where Roy's new book had gone on sale. The unknown attackers hacked Roy to death using long machetes in front of pedestrians and police. No one tried to intervene to stop the attack.

Ahmed was also seriously injured and lost a finger. She has been undergoing medical treatment in the US every since. This year the Bobs has nominated the Mukto-Mona blogging site, which she now runs, for a jury award. 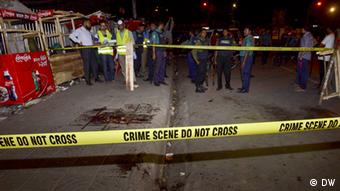 The Bangladeshi government itself has gone to great lengths to avoid commenting on the murder and the issue has gradually disappeared from the media. In an exclusive interview with DW on Sunday, Rafida Bonya Ahmed explained the probable reasons behind the murder of Roy and how dangerous Bangladesh has become for freethinkers.

Rafida Bonya Ahmed: No, nobody is satisfied with the investigation. They should have been able to catch the killers by now.

Your husband was an atheist and critical of religious fundamentalism. Before the attack he received threats to his life. Does that give us any indication regarding the identity of the killers?

He actually only received one death threat which was from an Islamist named Farabi Shafiur Rahman. Knowing Farabi's credentials and activities we did not take it seriously. Roy wrote ten books on different topics on science, rationalism and humanism and also blogged. It is very clear that he was murdered by religious fundamentalists because of his writings.

Avijit Roy had been promoting secularism as well as free speech via his online platform, Mukto-Mona, for more than a decade. Has it had any palpable impact on Bangladeshi society? How do you evaluate his work, especially as regards free speech?

Washiqur Rahman, the latest Bangladeshi blogger who has been hacked to death, was not very famous. But Islamists generally consider secular bloggers a big threat due to their growing influence in Bangladeshi society. (30.03.2015)

The killing of Avijit Roy underscores the fact that there is an emerging pattern in Bangladesh to silence the opinions of those that certain radical elements perceive as being a threat, Dr. Tazreena Sajjad tells DW. (05.03.2015)

Bangladeshi atheist writer, blogger and government critic Avijit Roy has been killed in the capital Dhaka. His wife was also injured in the attack and is still in hospital. (26.02.2015)

Yes, definitely. I mentioned this in my last article published in bdnews24.com in Bangla. Avijit was not just a writer. Throughout his life he attempted to establish a strong platform in our country for the practice of free thinking. This has had a pretty big impact in Bangladeshi society. We see this impact in the reactions to Avijit's death, the way people have come forward to support his work, to condemn his murder and to demonstrate unity in the face of the legal culture of impunity. The Mukto-Mona blogging site is marching on at full speed with the help of like-minded writers and Roy's followers. Because of his writings the taboo we faced about being an atheist and a freethinker has been shattered. Everywhere people are speaking up. People are writing, holding protest meetings and rallies. This is clearly the impact he has had through his writing.

After the murder of your husband, another atheist blogger, Washiqur Rahman, was also hacked to death in Dhaka. Has Bangladesh become a dangerous country for bloggers, especially those who propagate freedom of expression?

Yes, Bangladesh has become more dangerous for freethinkers. We have seen a series of murders of freethinkers in last decade. We need the Bangladeshi government to come out strongly against religious fundamentalism, condemn these kind of attacks and bring the killers to justice.

You were also injured during the attack on your husband. How is your recovery coming along?

I have been recovering slowly. The stabs wounds I suffered to my head and the wound caused by my thumb being hacked off are healing. I had to go through multiple surgery to repair the nerves and arteries in my hands. It will take a while to recover properly from the head injuries and multiple concussion I suffered.

This year Deutsche Welle's Bobs competition has nominated your blog at Mukto-Mona for the jury award in the social change category. Will this be of help to you in your future work?

Yes, thanks for your support. Also thanks to DW (www.dw.de/bengali) for writing about Avijit's murder, we need to continue to keep this issue alive until the killers are brought to justice.