New figures show that every fifth person in Germany has an immigrant background. The number of people without foreign origins has declined slightly, while that of immigrants from within the EU has grown. 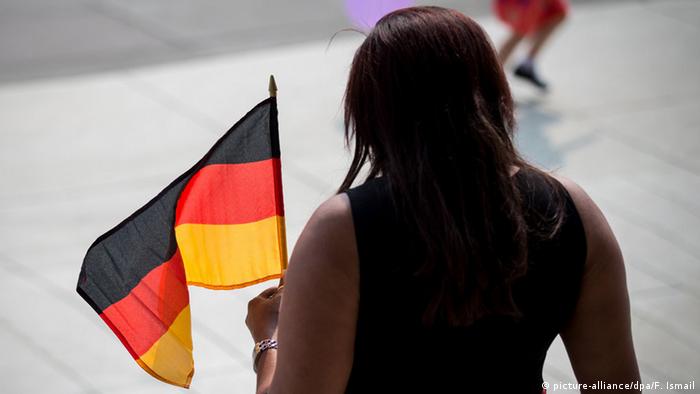 Some 16.4 million people with an immigrant background were living in Germany last year, amounting to 20.3 percent of the population or one in five people, according to the figures released on Monday by the German Federal Statistical Office.

Fifty-six percent of these people have a German passport, according to the office based in the central western city of Wiesbaden.

The increase results in large part from the growing number of foreigners coming to the country, with 10.9 million immigrants living in Germany in 2014 - the highest number since the count began in 2005.

In particular, there have been a rising number of immigrants from within the European Union.

At the same time, the number of people living in Germany who have no immigrant background has declined by 885,800 or 1.4 percent since 2011, the figures showed.

Opinion: Germany's Green Card was ahead of its time

Germany's complicated and unattractive Green Card opened the national labor market to foreign IT specialists 15 years ago. The country has managed to learn quite a bit from this experience, DW's Heiner Kiesel writes. (02.08.2015)

German Chancellor Angela Merkel's Christian Democrats are to discuss plans for a new, comprehensive immigration law in September. But many in the party are against it, arguing that current regulation is sufficient. (24.07.2015)