Rebels, West wary of Libyan ceasefire | World| Breaking news and perspectives from around the globe | DW | 19.03.2011

The Gadhafi government has announced a ceasefire, shortly after the UN gave its green light for a no-fly zone and military intervention. US President Barack Obama has said he would not hesitate to use military force. 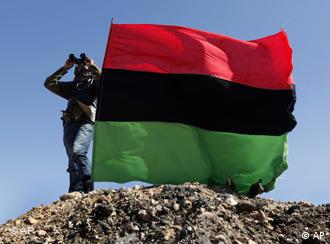 The UN just voted for a no-fly zone over Libya

The Libyan government has declared an immediate ceasefire and halt to all military operations against rebel forces, Foreign Minister Moussa Koussa said in a press conference in Tripoli on Friday.

Koussa said the cease-fire would "take the country back to safety" and ensure the security of all Libyans.

The announcement came shortly after the United Nations Security Council voted to use "all necessary measures" to ensure the safety of Libya's civilian population, including a no-fly zone and airstrikes.

Libyan Deputy Foreign Minister Khaled Kaim told reporters that the Gadhafi regime has also invited observers from China, Germany, Malta and Turkey to monitor its adherence to the ceasefire. 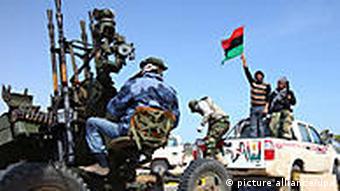 However, both the West and the rebels have reacted cautiously to the announcement amid unconfirmed reports of continued fighting.

On Friday evening, rebel military council official Khaled al-Sayeh told reporters in Benghazi the "Gadhafi regime never stopped firing or attacking people. Until this moment he is still attacking places under siege." He said there was "sustained shelling" in Zintan, Ajdabiya and Misrata.

Arab broadcaster Al Jazeera reported that Gadhafi’s forces were advancing quickly towards the rebel stronghold of Benghazi on Friday evening, despite the ceasefire declared earlier in the day.

A doctor in the Western city of Misrata said heavy bombardments there were continuing, killing at least 25 people. "Gadhafi's forces are bombing the city with artillery shells and tanks. We now have 25 people dead at the hospital, including several little girls," the doctor told Reuters news agency.

Speaking in Washington Friday afternoon, US President Barack Obama warned the embattled Libyan dictator to comply with the UN demands or face consequences that include military action.

"All attacks against civilians must stop," Obama said. "Left unchecked, we have every reason to believe that Gadhafi would commit atrocities against his people. Many thousands could die. A humanitarian crisis would ensue."

The president made it clear that the US would not send in ground troops but left little doubt that Washington was committed to enforcing the UN resolution.

"These terms are not subject to negotiation. If Gadhafi does not comply with the resolution, the international community will impose consequences. The resolution will be enforced through military action," Obama said. 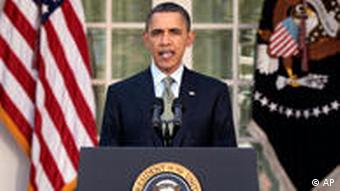 Obama says Washington is ready to use force

Meanwhile, France is to host an international summit on the Libyan crisis Saturday with EU, UN and African Union leaders expected to take part. EU diplomats said they hoped the meeting would turn into a "coalition of the willing."

US Secretary of State Hillary Clinton will also attend the summit. She said reports of a cease-fire would be judged on "action" not words and repeated US demands that Gadhafi had to go.

French Foreign Minister Alain Juppe said Friday that everything was ready to launch military action and that Gadhafi's cease-fire announcement would be scrutinized at Saturday's summit.

The French ambassador to the United Nations, Gerard Araud, said late Friday he expected foreign military intervention in Libya within hours of the Paris summit.

After the UN Security Council approved a resolution for a no-fly zone over Libya, NATO is scrambling to implement it as quickly as possible. But time could be running out for the Libyan rebels. (18.03.2011)

DW-WORLD offers full multimedia coverage of the fighting and political upheaval in Libya. What events led up to a debate over a no-fly zone - and what do they means for the oil-producing nation and the world?