Singaporean authorities have ended a rare strike by migrant bus drivers by deploying riot police near their dormitory and threatening prosecution. The drivers had objected to being paid a quarter less than other staff. 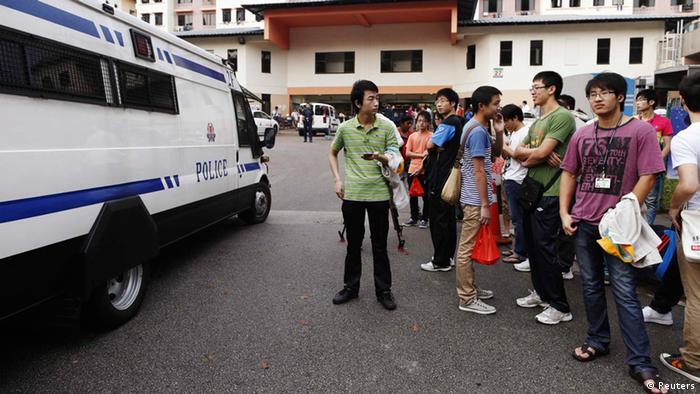 Most of the 170 Chinese drivers returned to work on Wednesday after Manpower Minister Tan Chuan-Jin had warned that Singapore had "zero tolerance" for public transport disruptions and would deal with strikers "in accordance to the law."

The drivers from mainland China, who were recruited by Singapore's partly state-owned transport company SMRT, had begun their stoppage on Monday after changed employment terms. They cited disparity in pay between them and drivers hired from neighboring Malaysia.

Singaporean law requires 14 days notice of intent to strike. Penalties range from fines of 1,600 euros ($2,070) to one year in jail.

Singapore began hiring bus drivers from China and Malaysia because of a chronic shortage of service workers prepared to accept low wages. Singapore has a growing number of expatriate professionals working for global companies.