Iran's grand ayatollah has issued what many have interpreted to be a fatwa against the rapper Shahin Najafi, who has lived in Germany for the past seven years. In an interview, Najafi gives DW his take on the situation. 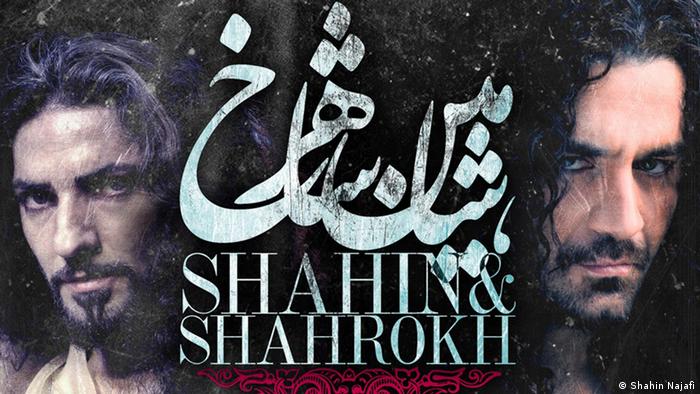 Shahin Najafi is an Iranian rapper who has lived in Germany since 2005. His songs are known to be critical of socio-political developments in his home country. His latest song, "Naghi," which was named after the tenth imam in Shia Islam has caused a stir in Iran. The lyrics call on him to return to life and end Iran's apocalyptic condition. Iran's 92-year-old Grand Ayatolla Safi Golpaygani warned the rapper: "If the song contains any insults or indecency towards Imam Naghi, then it is blasphemy and God knows what to do." The Iranian press interpreted the statement as a fatwa against Najafi. But a theologian in Tehran on Thursday put the comment into context: "The Grand Ayatollah has not issued a fatwa. He was answering a question about the defamation of a Shia sain..“

DW: Mr. Najafi, your newest song, "Naghi," has caused an uproar. Is it really about the tenth Shia imam?

Shahin Najafi: No. For me it is more of an excuse to talk about completely different things. I also criticize Iranian society in the song. It seems as though people are just concentrating on the word "imam." My earlier songs also talk about the 12th imam who should come and redeem the world. So my new song in a way is a sequel to the others - the narrator is disappointed in the 12th imam so he asks the 10th imam to save society.

There is a campaign on Facebook, the "International Campaign for Imam Naghi" and it is critical of the regime in Tehran. Would you have written a different song had this Facebook page not existed?

Definitely. I was interested in some peculiar incidents and developments last year. 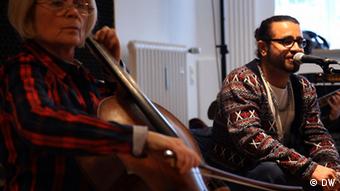 Shahin Najafi has lived in Germany since 2005

The Iranian regime has criticized and verbally attacked you for your provocative lyrics. Your website was also hacked. But you must have had an idea that the song would provoke such reactions and also have consequences for you?

I thought there would be some ramifications. But I didn't think I would upset the regime that much. Now they are taking advantage of the situation and making it look like I was trying to criticize religion and put down believers. When it comes to the fatwa, I don't think Mr. Safi Golpayegani aimed it at me personally.

What is your situation now? Do you have a plan in case trouble arises?

Unfortunately, I can't go into detail. But we have taken precautionary measures. We do, after all, live in a place where there are rules and procedures for such predicaments. So there is nothing to worry about. Some of the supporters of the regime want to create an atmosphere of fear and intimidation. But everything is okay and we will continue with our work.

So the German authorities have been informed?

We have informed all those who need to know.

With the outcome of last month's international negotiations about Iran's nuclear program still unknown, a bottom-up initiative in Israel is taking diplomacy into its own hands. (07.05.2012)

Clinton urges India to do without Iranian oil

US Secretary of State Hillary Clinton has called on India to reduce it's reliance on Iranian oil imports. She also took the opportunity to say that the US believed al Qaeda leaders were hiding out in Pakistan. (07.05.2012)

Iran's conservatives ahead in parliamentary elections

Iranian President Mahmoud Ahmadinejad's conservative rivals look set to have won a majority in the second round of parliamentary elections, according to state media. (05.05.2012)