Serhado is trying to give Kurds around the world a reason to be proud of their music. A Swedish musician with Kurdish roots, the 27 year old rapper is famous amongst the Kurdish diaspora and reviled by Istanbul. 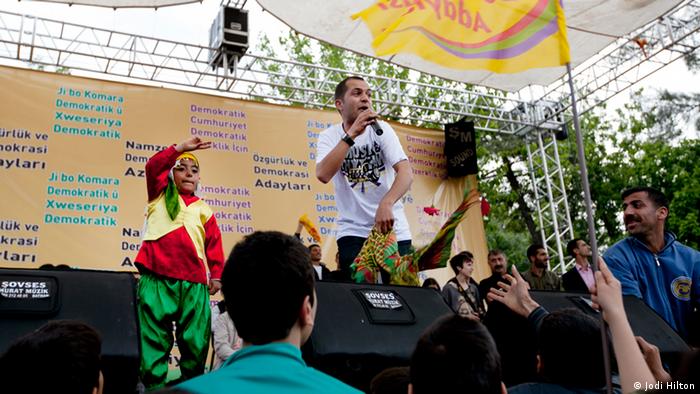 The crowd is singing in unison, the beat is deafening. On the stage a small figure jumps from side to side, leaning forward to the crowd and singing. Serhado is performing at a Kurdish refugee camp in Iraq. He's really working the crowd.

The song is called Ez Kurdistan im, “I am Kurdistan”, and it begins with the mournful sound of a double-reed wind instrument called the balaban. Before long, the whole crowd is singing along.

For the chorus, the recorded voice of Suleyman Alpdogan, a PKK guerilla fighter who was killed in fighting in 1999, booms out from the speakers. The song is typical Serhado and features a combination of modern lyrics with traditional folk music. Serhado's music is borne out of the Kurdish tradition of Dengbeji music, he says.

"We believe that rap music is influenced by Dengbeji a really old tradition that dates back thousands of years", he told DW. " There are some dengbeji songs that are over one hour long - some continue for three days." 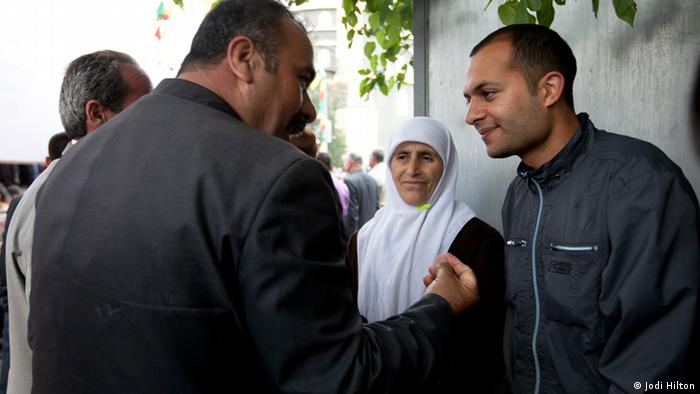 Born in Sweden to Kurdish parents who escaped from Turkey, Serhado's real name is actually Serhad Ayaz. In 2007, his album Xewna Jiyan, which means Dream of Life, was the first Kurdish hiphop album released in Turkey. Two years later he made a follow-up album, Xeyala Evin, Dream of Love.

Now, aged 27, Serhado is one of the most popular Kurdish performers worldwide.

But, performing in Turkey is still sometimes a problem. Serhado is a keen advocate of Kurds obtaining autonomy, something which the Turkish government has traditionally ruled out. This makes him unpopular with the authorities.

The Kurdistan Workers Party, the PKK, are also fighting for an autonomous Kurdistan. The group is considered a terrorist organisation by many countries around the world.

One of Serhado's most popular songs is “Lo Dilo”, just a little over three minutes long. The music video, which is viewable on Youtube, was shot in the backstreets of Diyarbakir, a city in the heart of the Kurdish region of Turkey. It is home to a million Kurds.

"The song is a political song, I talk a lot about our leader who has been in prison for 14 years, and I put myself in his position."

The music video starts with a boy who throws a dove up in the air. A cassette then falls back to earth. The boy then runs to give it to a friend who works at a radio station but he is stopped and arrested by the police. Then the video cuts to Serhado. He's in a prison cell, rapping. He's pumping his fist defiantly.

"When it was first shown on Kurdish television, the video was very controversial," Serhado admits. 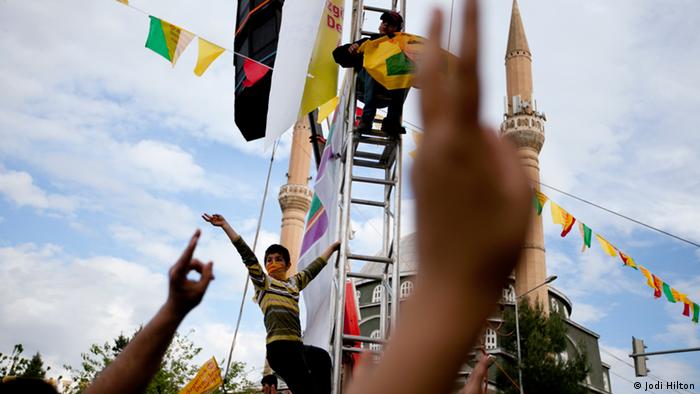 Murat Yapistiran is a fan of Serhado's work. He works as a sound technician at a Kurdish music studio in Istanbul and he's already noticed the effects of Serhado's success.

"Hiphop is new for Kurdish society. It's not music that I'd say we were very familiar with," he told DW. "Since Serhado, hiphop has been on the rise in Kurdish society and it's become more accepted too."

In southeastern Turkey, Serhado concerts often draw large crowds of Kurds who know Serhado's music by heart. At a concert in Diyarbakir, the musician invites the crowd to sing along with the song “Zimane Kurdi”, which translates to mean Kurdish language.

It's all about giving people here a positive experience, he says. "My main aim is that when I'm on stage I give hope, I try to keep the faith going."

More than 700 Kurdish prisoners in Turkey have stopped refusing food after more than two months. They were appealing for better conditions for the jailed leader of the Kurdish PKK group; he asked them to stop. (18.11.2012)

As the trial of 44 journalists accused of being members of a Kurdish guerrilla group gets under way in Turkey, it has revived the debate on press and political freedoms. (14.09.2012)