On its 100th anniversary of the October Revolution, the Berlinale Film Festival presents a film on Karl Marx and Friedrich Engels. "The Young Karl Marx" is directed by Haitian-born Raoul Peck. 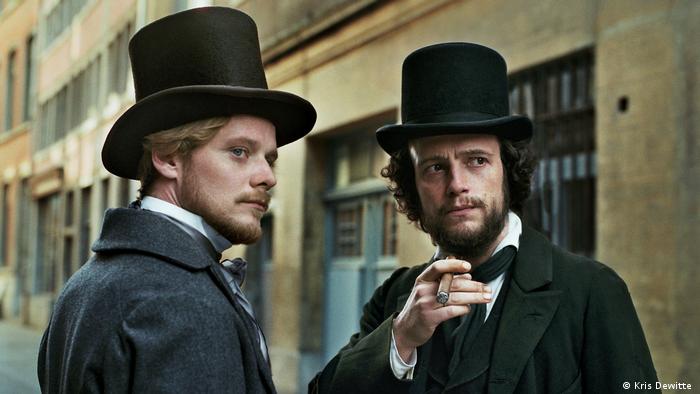 Raoul Peck, born 1953 in Port-au-Prince, Haiti, has been working as a film director for many years. He grew up in the Democratic Republic of Congo (formerly Zaire), the US and France, before studying economic engineering and film. Two decades ago, he also acted as Haiti's minister of culture.

Today, Peck takes one look at Karl Marx' image and demands that the "dreadful beard must go - at least symbolically." He's referring to Marx's characteristic beard.

"It's not only that it conceals his face, but also the fact that, in the year 2017, it obscures the possibility to have a critical examination and reflection (of Marx' work)," the director says.

Three young people and a manifesto

Peck presents his latest film, "The Young Karl Marx" (Der junge Karl Marx), at the 67th Berlinale Film Festival. The director's work focuses on the years immediately before Mary had the "Communist Manifesto" published in 1848.

The film chronicles how Marx, back then in his mid-twenties, met the person who would go on to become his lifelong companion: Friedrich Engels. The son of a weathy German factory owner had witnessed many aspects of inequality in Manchester, where his father had a textile factory. 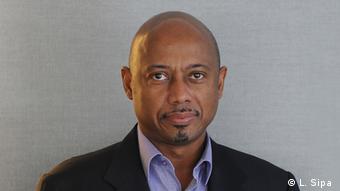 Marx and Engels become friends and along with Jenny, Marx's wife, they pen the "Communist Manifesto," a text that went on to summarize all aspects of fundamental social change that occurred in those years.

"The film accompanies Marx and Engels throughout their young years, it reflects on their deep friendship, and shows how a unique trio was formed by all the deprivation they suffered during their turbulent youth," Peck says.

From Paris to Manchester

His objective was to enable viewers to witness "the atmosphere of this fevered era of industrialisation as though it was still real," and to enable to witness the 1840s in Europe: 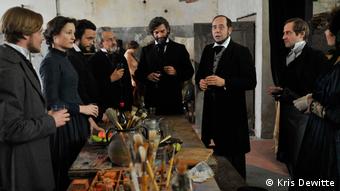 "Heavy industrial factories in England and the extreme misery and filth on the streets of Manchester serve as a contrast to the golden warmth of Paris' palaces, and this youthful energy trying to change the world while eventually ending up perpetuating the foolish barriers of inequality."

With August Diehl starring as Karl Marx, Stefan Konarske as Friedrich Engels and Vicky Krieps as Jenny Marx, Peck has created a historical film, featuring 18th-century-Paris and English cotton factories at the height of the industrial revolution as backdrops. Peck's execution, however, is reminiscent of a TV film that's a bit too cleancut and almost philistine in style.

The film's subject, however, seems to be more important than such aesthetic considerations: while the rest of the world is caught up between globalization and the recent surge in nationalism, offering an opportunity to take a fresh look at Marxism on the 100th anniversary of the October Revolution will allow a larger audience to learn more about the famous manifesto, how it came about and why it is still significant today.

Peck thinks that Marx' intentions have been misunderstood. 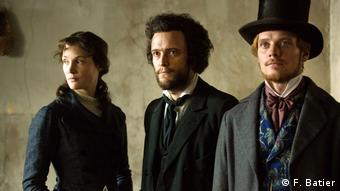 He says that his big bushy beard has served as a distraction away from the true meanings of his message, preventing people from "discovering the enormous contribution of this scientific mind and political thinker, his extraordinary analytical capacity, his humanistic intentions, his justified concerns about the distribution of goods, child labor, equal rights for women, the expansion of markets and globalization - all topics that are still relevant in Europe and elsewhere today."

Coming soon to a theater near you - except in Russia

Following the film premiere celebrated at the 67th Berlinale, Raoul Peck's film "The Young Karl Marx" will hit German movie theaters on March 2 - well before celebritions for the 100th anniversary of the October Revolution are due to kick off in Russia. No date has been set yet for a release of the film in Russia.

In the meantime, there will be plenty of opportunities to discuss Peck's film and its message.

The annual Berlin International Film festival has opened, with red carpet celebrity sightings. 18 films are in competition at this year's Berlinale, including the opening vovie, “Django.“ (13.02.2017)

Berlinale: A look behind the scenes

The 67th Berlin International Film Festival is underway. 400 films will be screened in 10 days. Arts.21 peeks behind the scenes. 3 reports on dark worlds, the hectic festival routine and the tough film business. (13.02.2017)

The 67th Berlinale, Berlin's international film festival, opened with a star-studded gala and talk from film artists about politics and resistance. (09.02.2017)