It does not happen often that an entire album from a popular German band ends up on the country's index of restricted works. But a German agency has indexed Rammstein's new album, preventing young people from buying it. 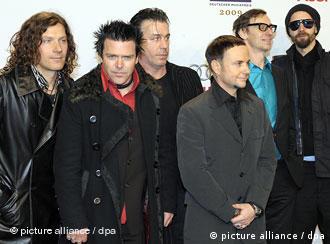 People younger than 18 can no longer buy Rammstein's new album "Love Is There for Everyone," according to a decision released this week by the Federal Department for Media Harmful to Young Persons.

The Department cited the popular German band's use of explicit, sado-masochistic imagery and texts as reasons for placing their album on the index. The decision also prevents buyers from purchasing the album by mail and prohibits public advertisements for the CD.

Members of Rammstein, known both in Germany and abroad for their heavy-metal music, expressed frustration with the Department's decision and charged it with having a "bourgeois understanding of art." 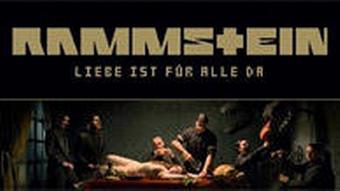 Some have also questioned whether indexing the album represents a public relations stunt that emphasizes the new German government’s more conservative politics.

Ursula von der Leyen, head of the Federal Ministry of Familiy Affairs and member of the conservative Christian Democratic Party (CDU), directed the Federal Department for Media Harmful to Young Persons to come to a decision on the album. The Department issues its independent assessment of questionable media content presented to it by groups like schools, the police and youth organizations.

The Department has not indexed an entire album from a famous German band since 1987's "Debil" by Die Aerzte.

However, the band's themes do not seem to have prevented "Love Is There for Everyone" from being a hit. Over 300,000 albums have been sold, and the CD continues to top German album charts.

German grooves as the language of music

German is rarely considered the language of love or pop songs, but a range of artists and bands have been proving otherwise, with songs in German topping the charts. Here's a selection of them. (09.10.2009)

A cent a play -- that's what the German royalty collecting body said it wanted from YouTube. But the situation is far more complicated, leading the on-line platform, at least officially, to take music videos off-line. (01.04.2009)