A cent a play -- that's what the German royalty collecting body said it wanted from YouTube. But the situation is far more complicated, leading the on-line platform, at least officially, to take music videos off-line. 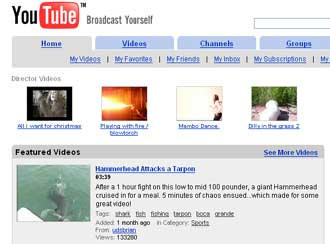 The announcement that all music videos would be blocked came on Tuesday with the expiration of an existing contract between YouTube and GEMA, the organization charged with collecting performers' and composers' royalties in Germany.

YouTube said the decision was unavoidable because the site does not charge users and because the GEMA's one-cent-per-play offer was contigent upon YouTube agreeing to a future deal of 12 cents per use.

"The charge GEMA is demanding for a continuation of its previous cooperation with YouTube is unparalleled in the history of online music," wrote Patrick Walker, Director of Video Partnerships for YouTube's German subsidiary, in a blog entry on the site.

"In terms of the purchase of a CD, this would mean that a music fan in Germany would have to pay more than 500 euros for an ordinary compact disk," Walker added. 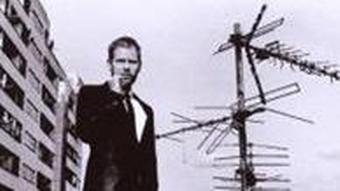 GEMA, which represents the interests of its some 60,000 members in Germany as well as foreign musicians in Germany, says the platform is trying to get something for nothing -- at the artists' expense.

In particular, GEMA accuses YouTube of trying to conceal how many users view which clips.

"The negotiations over a new agreement have thus far failed because YouTube is unwilling to fulfill GEMA's demands for transparency about the musical repertoire being used," the organization said in an official statement.

"GEMA does not accept this because, without such data, it's impossible to determine whether payments are appropriate or to forward on payments accurately to copyright holders and music publishing companies," the statement continued.

The conflict comes after a similar row in March between YouTube's British subsidiary and the equivalent of GEMA in Britain. 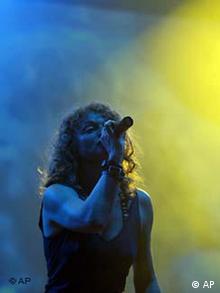 Fans of 2Raumwohnung just want to enjoy the videos

A spokesperson for YouTube's German subsidiary told AP news agency on Wednesday that the blockage would only affect material released by record companies, not independent musicians.

But the temporary ban doesn't appear to be very effective, at least in a quick test carried out by DW-WORLD.DE.

There was no difficulty accessing the video of the German rock band Selig's new single "Schau, Schau!" via the youtube.de site.

The same was true for clips by other major-label German acts, including 2Raumwohnung, Die fantastischen Vier, Peter Fox and Rammstein.

So for the time being, German music fans can, in fact, still enjoy videos by their favorite artists despite the platform's haggling with GEMA.