Rammstein headline Rock am Ring as festival returns to its roots

Germany's mega rock music festival is back on home turf with a bumper line-up including Rammstein, System of a Down and Die Toten Hosen. After the Manchester attack, security has also been tightened. 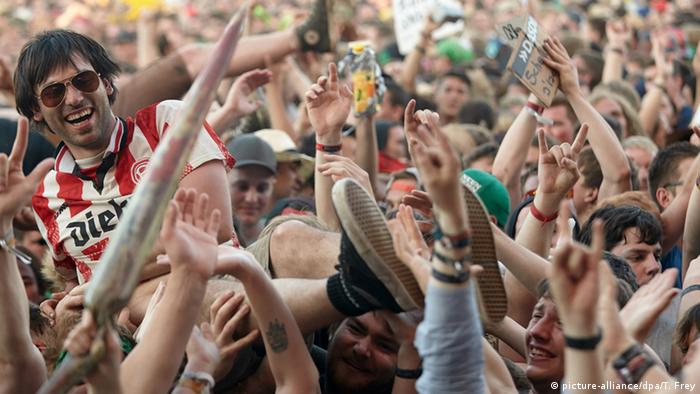 Some 80,000 music fans will attend Rock am Ring this coming weekend at the Nürburgring racetrack in the Eifel Mountains in western Germany. Held at the location between 1985 and 2014, the storied rock music festival spent the last two years at the Mending Air Base.

But due to the need for major investment at the new site - not helped by a washed out event last year - organizers have decided to return to the scene where the likes of David Bowie, Iggy Pop, Bob Dylan, Joe Cocker, Bon Jovi and Guns N'Roses have rocked the masses for three decades. 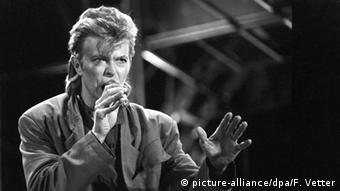 German hard rockers Rammstein headline the three-day event, and will perform on the opening night on Friday, June 2.

More than 80 bands will be appearing on the three stages at Nürburgring.

Also on the bill are Die Toten Hosen, System Of A Down, the Beatsteaks, Five Finger Death Punch, Frank Carter & The Rattlesnakes, Suicide Silence, and Slaves.

In response to the Manchester terrorist attack, Rock am Ring has joined the Wacken Open Air metal music festival, held in northern Germany, in banning all backpacks and water bottles - water will be handed out for free at the event.

Though the move has attracted criticism from festival goers on the internet, festival organizer Marek Lieberberg, following close consultation with authorities, has decided to upgrade security following devastating attacks at music concerts in both Paris and Manchester.

"There is no absolute security in a free society," Lieberberg told "RP Online" of new security rules including mandatory body searches. "But we are doing everything in our power to protect visitors as much as possible."

Rock am Ring runs from June 2 through June 4.

Rock am Ring returns to Nürburgring

After an endless saga of litigation, logistics and two luckless years at the Mendig airport, it's back to the roots for the legendary rock festival. (05.12.2016)

Film, festival and concert highlights for 2017

The coming year will be packed with concerts, music tours, films and festivals, while cinema lovers can enjoy a host of box office blockbusters. Here’s a pick of 2017’s must-see films, festivals and concerts in Germany. (03.01.2017)

Fresh storm warnings have forced officials to pull the plug on Germany's popular "Rock am Ring" music festival. Lightning strikes earlier on at the festival injured scores of people. (05.06.2016)