Learn a funny, quirky German word each week with DW's Word of the Week feature. This week: Quereinsteiger. 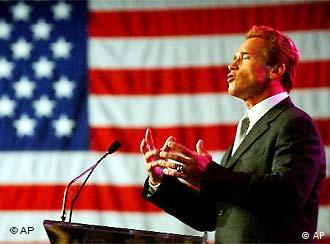 In the US, it's not uncommon to get a degree in biology and go on to become a store manager, or to study business and later become an artist. In Germany, however, qualifications and certifications are more important and career paths are somewhat less flexible. That may be why Germans have a word for people who studied one thing and then got a job in something else: "Quereinsteiger," roughly translated as "someone who boards diagonally." Germany's former foreign minister, Joschka Fischer, who didn't get a university degree, and body-builder-turned-actor-turned-governor Arnold Schwarzenegger are examples of prominent "Quereinsteiger."