Quake in Tanzania: 'We have not seen such destruction before'

The implementation of a building code that takes into account the risk of earthquakes is seen as the most urgent step to take to protect people in Tanzania from death and injury, according to experts. 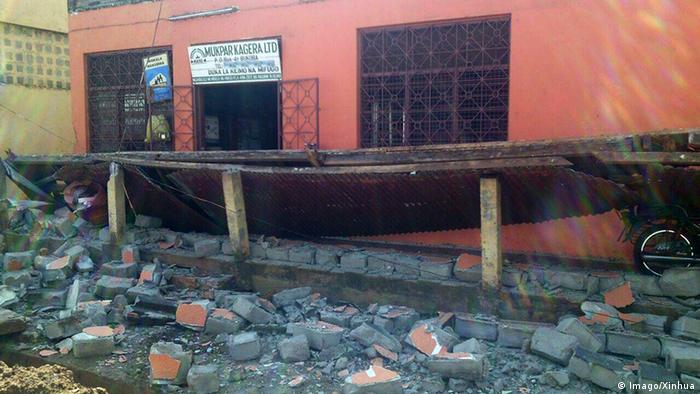 Earthquakes in northwest Tanzania tend to be of a lower magnitude. They are seldom as deadly as the one that shook the Kagera region on Saturday, killing 16 people and leaving another 253 injured.

According to the Tanzanian government, the tremor measured 5.7 on the Richter Scale. It left thousands of people homeless, destroyed 840 houses and damaged around 1,250 buildings.

DW spoke to Gabriel Mbogoni, senior geologist at Geological Survey of Tanzania, about the risks and the measures that have to be taken to prevent future deaths and injuries.

DW: This was an earthquake of moderate magnitude. But the death toll and the number of injured are considerable. Why? 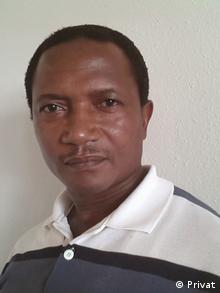 Gabriel Mbogoni, senior geologist at the Geological Survey of Tanzania

Gabriel Mbogoni: Yes, of course, it was of moderate magnitude. But much depends on the geology of the area affected and where the earthquake's epicenter is located. The depth of the hypocenter was about ten kilometers, which is shallow. With such a shallow depth one should expect damage, depending on the nature of the rocks above the point of origin.

What kind of early alert systems are in place in the region?

Currently we have normal seismic monitors, which we installed in various parts of the country. We have a total of nine seismic stations. Most of them are aligned along the East African Rift System.

How did they work in this case?

Unfortunately our seismic stations are not connected in real time. So the data needs to be collected for processing and analyzing. We don't have real-time access to the data or the information about the earthquake. We normally collect data every two months. We visit all the stations and collect the data and then we process and analyze them.

Does that mean that in the past there was no indication that there was an earthquake in the offing?

There have been a number of earthquakes in the northwest region, with some of them reaching a magnitude of five. This one had a magnitude of 5.7. We have not experienced such destruction before.

Is there a building code in place which takes into account the danger of earthquakes?

Currently there is no building code. That's why there are programs urging people to seek advice from the engineers, to have a proper understanding of the type of buildings which are to be constructed in these particular areas, so as to avoid such kind of damage.

Does potential volcanic activity in the area increase the risk?

Currently, no. I remember the Ol Doinyo Lengai which is in Tanzania last erupted in 2007-2009. The eruption was accompanied by several earthquakes. But for the western part of the country we don't have any active volcanoes. 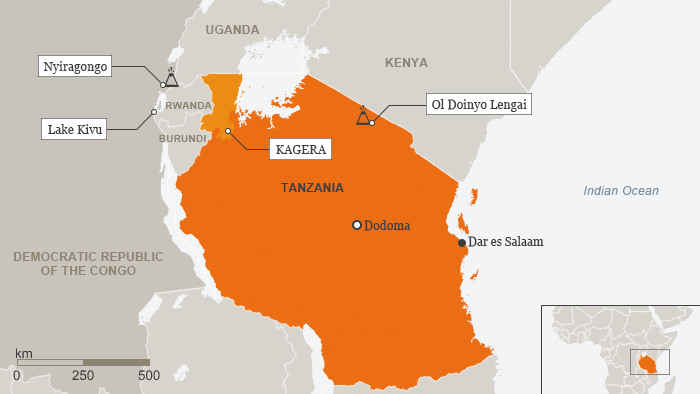 What about in neighboring countries, do you see any dangers there?

We have a number of active volcanoes in the rift system, like the volcano which erupted in Goma (Democratic Republic of Congo, 2009). We don't have exact information about volcanic eruptions. We sometimes rely on the earthquake events. When we have a number of small events – microseisms – we understand that the eruption of a volcanic mountain is underway. Then we advise the public to move away from the area.

Carbon dioxide has been detected underneath Lake Kivu. Would an earthquake be able to release it to the surface in enough quantity for it to become dangerous for people living in the area?

I'm not sure. But in the western part of the country, which is where the earthquake occurred, the general rock structure is trending northwest towards southeast. The epicenter of the current earthquake is located southwest. We don't have any structure trending towards Lake Kivu.

What measures should be taken to prevent future deaths and injuries?

Construction programs should be done in a better way, taking into account the geology, so that we avoid such disasters. And of course the planning authority should make sure that there is a building code, which does not exist. They should make sure that inspections are done at every stage of construction, so that people adhere to the building code.

A deadly threat is lurking beneath DR Congo’s Lake Kivu. Rising carbon dioxide could affect millions of residents if engineers fail to stop the gas emission from reaching the water's surface. (02.06.2016)

A time bomb is ticking in eastern Congo. Mount Nyiragongo, an active volcano, could erupt at any moment. The ever-present threat is forcing two uneasy neighbors - DRC and Rwanda - to cooperate with one another. (17.04.2015)