A time bomb is ticking in eastern Congo. Mount Nyiragongo, an active volcano, could erupt at any moment. The ever-present threat is forcing two uneasy neighbors - DRC and Rwanda - to cooperate with one another. 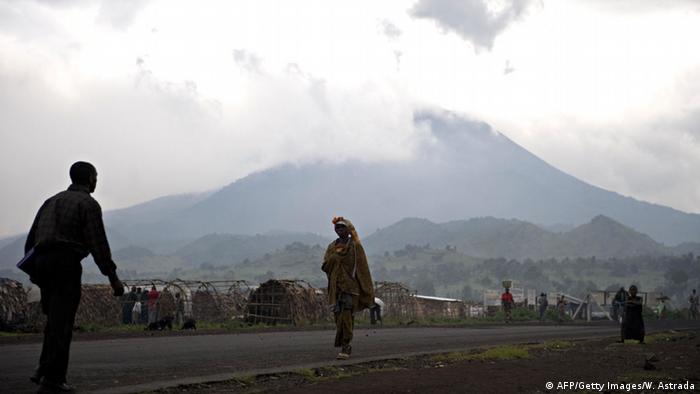 The crater of Mount Nyiragongo contains the largest and most voluminous lava lake in the world, measuring a staggering ten million cubic meters.

Celestin Kasereka, who works for the volcanological observatory in Goma, eastern Democratic Republic of Congo, considers Mount Nyiragongo to be one of the most dangerous volcanoes in the world.

"Nyiragongo is one of three volcanoes in which the lava lake is still active and it is situated right next to Goma with its one million inhabitants. We have to monitor this volcano," he said. 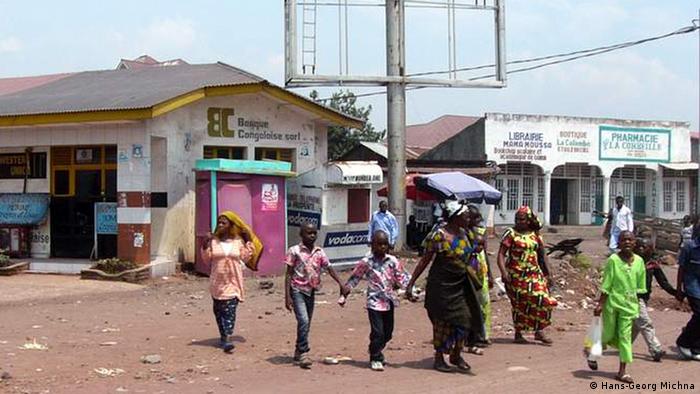 Shortage of funds with lethal consequences

Keeping a volcano under surveillance is a difficult task. There was a time when the European Union and Switzerland provided funding, but foreign aid for the observatory dried up in 2014.

The government of North Kivu province lacks the means to make up for the shortfall and so there are no funds available for data gathering expeditions to the crater, seismographs, access to satellite data, or for public awareness campaigns.

The observatory doesn't even have enough resources to update the public warning signs which show the level of volcanic activity. Their purpose is to tell the population when to prepare for the evacuation of Goma, should an eruption be imminent.

Kasereka finds this lack of precautionary measures worrying. "If we can't monitor the volcano properly, we could be in for a nasty surprise."

That was what happened when Nyiragongo last erupted in 2002. Several hundred people were killed by the molten lava. It also destroyed the runway at Goma airport as well as houses and business premises.

Joseph Makundi, head of the government's civil defense department, said that before the year 2002 nobody had stopped to think what might happen in Goma if the volcano were to erupt. "When it did happen, there was total chaos," he said. "Nobody had lifted a finger, neither the government nor its partners. The present government wants to avoid repeating this mistake and has created a civil defense department."

This agency claims the government is now in a position to evacuate local residents in the vicinity of the volcano. They would be given shelter in 14 camps in the DRC and in neighboring Rwanda.

At the technical and scientific level, Rwanda and DRC are coordinating their response to volcanic eruptions

Shortage of food and medicine

There are challenges on the Congolese side of the border. Bandits, militias and war in general, make it a dangerous place. Makundi is alarmed. "The government spends a lot of money on the army. It is supposed to guarantee security and protect our territory. But there is another ticking time bomb in addition to the volcano. The camps are not ready and if something were to happen now, we would not be in a position to deliver an appropriate response," he said.

The camps lack food supplies and medicine. So it is hardly surprising that many people in Goma fear the volcano almost as much as the city's high crime rate. 28-year-old resident Amina Mugaruka told DW "If the volcano erupts, I'd just run, as if from the rain, not looking back."

Joshua Mbarasukeye owns a small drugs store in Goma. The 45-year-old is worried he will lose everything if the volcano erupts again. "The volcano is dangerous. When it erupts, it destroys all houses and shops. Then you have to start all over again. Crime and insecurity, on the other hand, could perhaps disappear one day," he told DW. 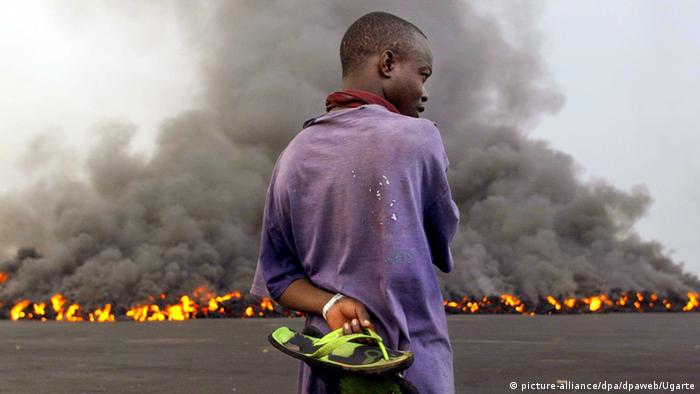 Mount Nyiragongo is also a permanent hazard for the residents of the town of Gienyi, just across the border in Rwanda. Molten lava from the volcano could spread there, too. There is also a subterranean magma flow running beneath the local hospital in Gisenyi. Once it has broken through the surface, magma is referred to as lava. It could coming spewing up from the ground in Gisenyi.

Scientists and technicians from the DRC and Rwanda are working closely together on an evacuation plan. This is remarkable because the two countries were recently at war. Rwanda has invaded parts of the DRC several times. Diplomatic relations between the two countries are at a low ebb.

But when the volcano erupts, even soldiers bearing weapons will flee to their neighbors. Makundi believes, therefore, that there is something positive about Mount Nyiragongo. "It is a fountainhead of peaceful coexistence. The Rwandans are our friends. They come to us, we go to them. There are no problems."

The earth rumbles on in Goma, while aid organizations already facing a humanitarian crisis warn of potential catastrophe. (21.01.2002)