The Arabian desert state opened its spectacular new Jean Nouvel-designed national museum in Doha this week. It's part of an extensive plan to transform the small Gulf nation into a cultural superpower. 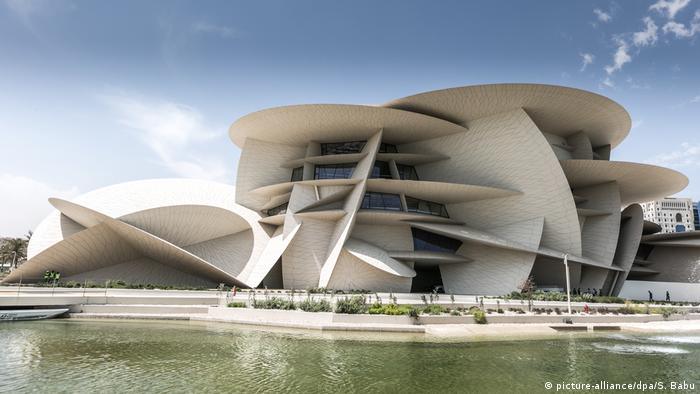 The desert roses that have long bloomed under the hot Qatari sun has been immortalized in the form of the new National Museum of Qatar. With its curved disks and cantilevered angles, the museum blooms amid the Doha landscape, a symbol of the humble beginnings and spectacular rise of a nation whose story is revealed within the institution's 11 galleries.

Commissioned in 2011 and built at a cost of around $434 million (€386 million), money was no object in the creation of a vast museum that spreads across 1.5 kilometers and combines, in addition to 11 permanent and temporary exhibition rooms, a 220-seat auditorium, restaurants, cafes and a high design souvenir shop.

And while seeking to project into the future, the museum also incorporates the past in its structure, with the landmark palace of Sheikh Jassim bin Mohammed Al Thani, the 19th-century Emir of Qatar, having been rebuilt and integrated into the museum as a central exhibition venue. 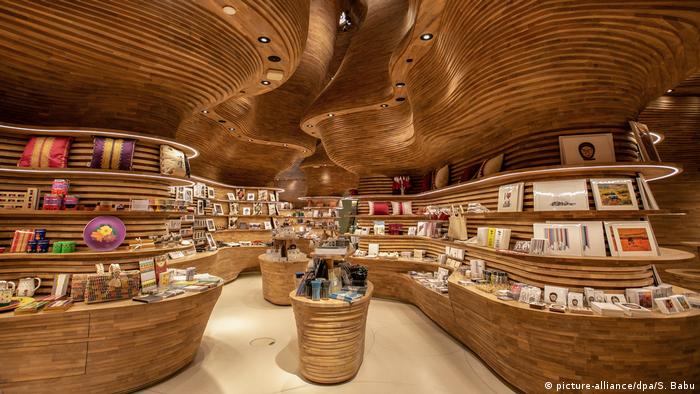 A desert rose rises on the Gulf

French star architect Jean Nouvel — who recently completed another large museum in the Middle East, the Paris Louvre offshoot opened in Abu Dhabi in 2017 — was commissioned to design the structure, setting out to reflect the special geographic situation of the Persian Gulf state.

"Everything in this museum works to make the visitor feel the desert and the sea," Nouvel wrote in a statement.

But the local flora was also a chief inspiration. "The museum's architecture and structure symbolize the mysteries of the desert's concretions and crystallizations, suggesting the interlocking pattern of the bladelike petals of the desert rose," he wrote.

It was a "technically crazy project," Nouvel said in an interview with the French weekly Le Journal du Dimanche. He also defended the fact that he was working for a non-democratic Qatari Emir: "For me, architecture is a cultural act," he said. "I work on the scale of the century or the centuries, for the peoples, not for a specific person." 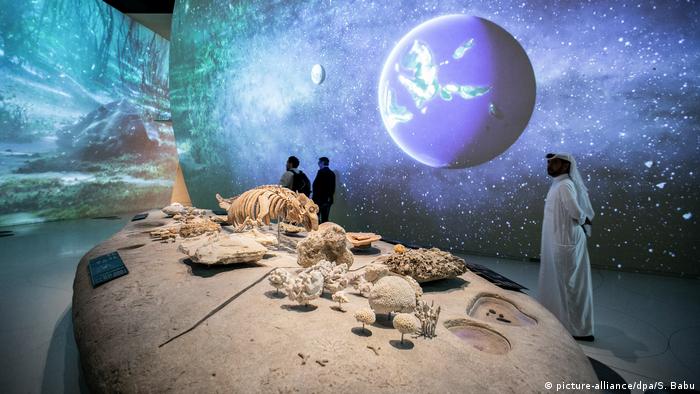 From 1760 to the present, Qatar has transformed itself from an isolated island of Bedouin tribes and pearl divers into a powerful international nation. Having become rich through oil and natural gas, the Gulf state now wants to prove itself on the global cultural stage.

A country that is only half the size of the German state of Hesse and has fewer inhabitants than Hamburg invests billions transforming the nation into a center of knowledge. The "Qatar National Vision" plan for 2030 wants to build on its economic credentials by expanding on its cultural renown as exemplified by the Museum of Islamic Art and the Arab Museum of Modern Art.

But to do this, the Qatar regime must also address criticism from human rights activists about the alleged abuse of the many thousands of guest workers on the construction sites for the 2022 World Cup to be held in Qatar.

The ultimate goal of the new National Museum of Qatar is to trace the Gulf state's singular evolution from a small fishing community to a global economic powerhouse. The story is not only to be told through the 11 exhibition halls, but is captured in the architecture that Jean Nouvel says encompasses the physical, human and economic geography of the country, as well as its history.

To reflect all these facets, the architect had to find a symbolic element. "So I thought of the desert rose, a kind of miniature architecture that emerges from the sand and consists of crystals that are created by the evaporation of water under the action of the wind," he writes.

"This museum is a modern caravansary, from there it goes into the desert and you return with treasures: images that will be remembered forever."

Qatar has come under criticism following the deaths of hundreds of foreign workers, including at FIFA 2022 World Cup venues. It's pledged reforms, but what's happening on the ground? Anchal Vohra reports from Qatar. (30.08.2018)

Eighteen months after a Saudi-led blockade was imposed, Qatar isn't just moving on but planning to move ahead. The desert country shows it has the gumption — and the money — to brook frosty relations with its neighbors. (02.01.2019)