Qatar's top performance at the recently concluded Handball World Championships has taken the sport by storm. Many were quick to criticise, but it could be merely a sign of things to come. 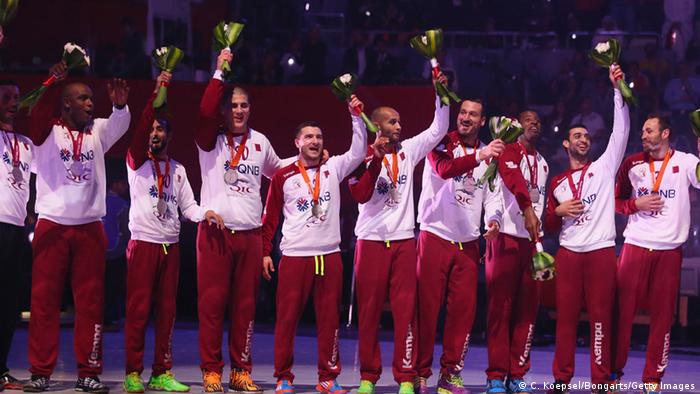 The collective exhale was just about audible here in Germany. Thank God, the handball fans thought, after France won the final of the 2015 Handball World Championships on Sunday. Most of the sport's connoisseurs didn't seem quite ready for Qatar to win.

Their main gripe: Only four of the Qatari squad were actually from the Gulf state at all, and none of those players were in the first-choice team. Instead, Qatar's squad was mainly made up of top players from Montenegro, Bosnia, France, Spain and Cuba.

The athletes had been enticed to play for the Gulf state thanks to six figure winning bonuses. They were also guaranteed a life long pension, if the team reached the semifinals. Qatar's sheikhs weren't prepared to take any chances.

Since handball is about as popular in Qatar as bobsledding, dozens of fans were also brought in from Spain for the event too. The rent-a-crowd pulled on Qatar shirts and created plenty of atmosphere at the home team's games. 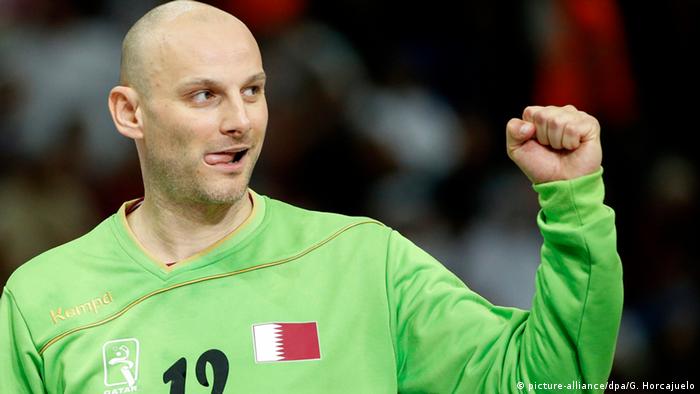 But still, what Qatar did wasn't against the rules. By buying up the world's best players, the country's sports officials were only taking advantage of a loophole in the rules of the International Handball Federation (IHF). According to the IHF, every player can join another country as soon as he or she has had a three year break from international duties.

Until now, it was normally just individual players that took advantage of this rule. Belarus' Siarhei Rutenka, for instance, played for Slovenia and Spain, before returning to his home country. For the first time, Qatar is trying to follow this approach en masse. Still, the IHF could do nothing. They had only themselves to blame after all.

But the question remains: Is this behavior from Qatar a sign of things to come? After all, the Gulf state is set to host the 2022 Football World Cup, unless FIFA changes its mind. Qatar has been wanting success in football for even longer than in handball. In fact, in 2004 they approached two Bundesliga stars, Ailton and Dede, offering them millions of dollars to become Qatari citizens and join the national team. But FIFA blocked the move.

"Changing citizenship, in a way that allows players who have no link to a country to join the national team, is not in the spirit of our rules," FIFA president Sepp Blatter said, back then. "For that reason, these practises have to stop immediately." 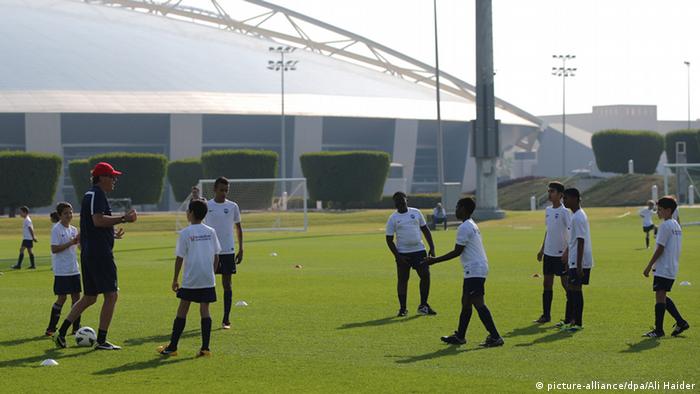 But the FIFA reprimand wasn't the end of Qatar's football dreams. The country has founded the Aspire Academy for Sports Excellence, with a focus on developing soccer players. Young players from poor countries in Asia, South America and especially Africa are given an opportunity to train in top facilities or learn from top coaches. And, the players also get Qatari citizenship. The necessary connection to the country, demanded by FIFA, is fulfilled because the teenagers end up playing in Qatar for a long period of time. The system is already starting to bare fruit: the country's U19 team has just won the Asian Championships.

Qatar's approach in this instance is no different to the way that big European football clubs operate. They search for talent worldwide, then sign them up and then train them. It's just that Qatar's sheikhs are doing it at the national team level, not for a club.

Some people might find it immoral, and maybe it is. But in high-level professional sport, where lots of money is involved and success is the most important currency, the approach is pretty common.

In Germany, for decades, athletes have been fast-tracked through the citizenship process when it's in the "public interest." No-one worries these days when a top level Kenyan runner represents Denmark, or when a sprinter from Jamaica competes for Slovenia.

Globalization is alive and well in sport, and Qatar is certainly pushing the boundaries more than most nations. But many of those people that are angry at Qatar's behavior right now, may also be secretly asking themselves at the same time, 'Why aren't we doing the same thing?'