The win means France is now world, European and Olympic champion, emphasizing its current dominance of the sport. A cosmopolitan Qatar side became the first non-European nation to win a world championship medal. 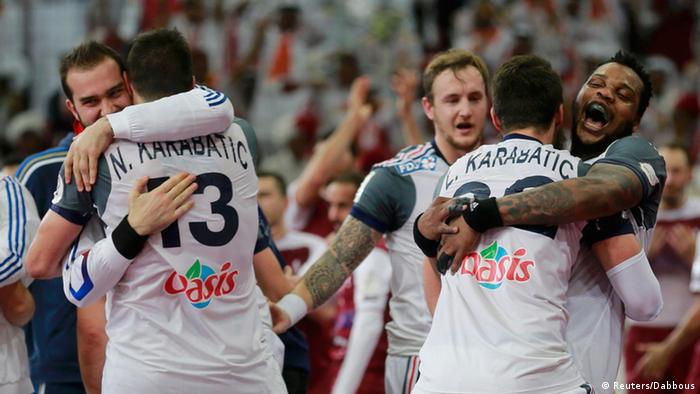 France became the first team in history to win a fifth handball world championship when it beat surprise finalist Qatar 25-22 on Sunday.

Cheered on by a passionate 15,000 home crowd, an internationally-flavored Qatar could boast a plethora of foreign-born players who were granted citizenship in the build-up to hosting the game's global showpiece.

Yet it was a French import, Serbian-born Nikola Karabatic, who dominated the game as the host nation found itself outclassed for the first time in the tournament. The versatile playmaker scored all his five goals in the first half and dished out several key assists in the second.

But with Karabatic stifled in front of goal after the break, Qatar stormed back through its top scorer Zarko Markovic. There were solid showings too from fellow Bosnian-born goalkeeper Danijel Saric and Cuban import Rafael Capote. 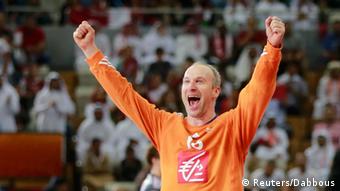 Having cut the deficit to two goals in the closing stages, the Asian champion fell short of staging yet another upset after Valentin Porte and Daniel Narcisse scored crunch goals to finish with four apiece for France.

Markovic was the game's top scorer with seven, Capote added six and Saric racked up 14 saves for Qatar, which had stunned former champion Germany in the quarter-finals and Poland in the semis.

"I am happy I could win with this team, these guys are amazing," said goalkeeper Thierry Omeyer, a veteran of more than 300 games and now four world championships with France. "All the players give all they can for the team. We played a fantastic tournament and we deserve this victory."