Puma puts a price on its environmental footprint | Business| Economy and finance news from a German perspective | DW | 19.05.2011

Puma puts a price on its environmental footprint

Sportswear maker Puma has published details of the environmental cost of its business activities. It's part of a larger project to reduce the company's impact on the environment and manage future risk. 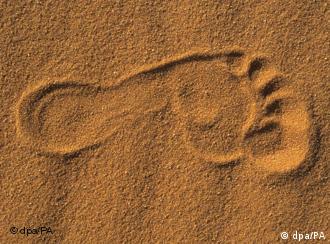 While it might seem difficult to put a price tag on an old-growth forest or a wetland area, German sportswear maker Puma has come close, calculating the environmental cost of its business, including its entire supply chain.

With the help of consultancy firm PriceWaterhouseCoopers and research group Trucost, the world's third-largest sportswear manufacturing company determined that in 2010, the combined cost of the carbon it emitted and water it used was 94.4 million euros ($134.3 million).

The analysis, which looked at Puma's entire supply chain in detail, covered everything from the CO2 emissions from the cows that provide the leather for its shoes to the water needed to grow the cotton used in its shirts and shorts.

"We wanted to look at where our biggest effects on the environment are," Kerstin Neuber, Puma deputy spokesperson, told Deutsche Welle. "We've recognized that our current business model is not sustainable in the long run because we'll eventually run up against a shortage of resources." 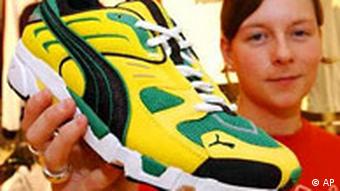 The lion's share of Puma's environmental costs originates with its suppliers, many of whom are based in Asia. The company hopes that by looking at environmental impacts in detail, it can work with those suppliers – along with other companies who use them - and make sure outsourced processes are subject to the same kinds of environmental standards that its own production is.

A subsequent section of Puma's impact report due this fall will go beyond carbon and water to include additional factors such as acid rain, smog and land use. In 2012, the company plans to release a further report on the social impacts of its business, including wage levels, working conditions and living standards.

A final section will focus on the other side of the equation, looking at job creation, wages and tax contributions. The benefits will then be offset against the environmental and social costs of the first two sections to create the complete environmental profit-and-loss statement.

"It is a kind of risk management that we can use for our future procurement strategy while also reducing our impact on the environment," Puma spokesperson Neuber said. The company, whose headquarters are in Bavaria, aims to reduce its energy and water use, carbon emissions and waste by 25 percent by 2015.

The Puma initiative has attracted interest from several major corporations. German companies like Daimler, Siemens and BASF as well as US-based Coca-Cola and Dow Chemical have all been watching closely, Puma said.

According to Richard Mattison, CEO of Trucost, the UK-based environmental research firm that helped Puma determine its environmental impact, more companies these days are examining what is called "integrated reporting," which incorporate the positive and negative environmental and social effects into their financial statements. 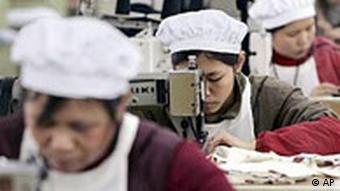 Most of Puma's environmental costs originate in Asia, where it has based production

They are doing so, he said, simply out of a sense of altruism. Puma's systematic approach to examining all the risks across the supply chain will help them make better business decisions in the future, he added.

"It will help them adapt to how the world will look in 2020 or 2030," Mattison told Deutsche Welle. "In a world of increasing demand and decreasing availability of natural resources, it's a very wise thing to do."

Such analysis can help companies avoid the rising cost of raw materials in the future, or to re-engineer their facilities, products or supply chains to be more environmentally friendly.

"By understanding the relationship between nature and commerce, business can understand how to reduce their risk," he said.

In addition, Puma can benefit from its profit-and-loss statement when it comes to future regulation. As resources become scarcer, it many observers believe it is likely that companies will be required to report in a detailed fashion the environmental impact on their business.

"We'll be one step ahead of companies that have to start from scratch," Neuber said.

Environmentalists have welcomed the new approach, saying it is an important first step in the corporate world's rethinking how it uses natural resources, which were once considered to be there for the taking.

"If Puma, for example, sees that its water-intensive cotton farming operation in India is in a dry region, it needs to change its practices or move or look for a substitute product," Roland Gramling of WWF-Germany told Deutsche Welle. 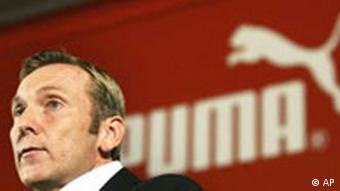 He said economists started giving nature and natural resources a monetary value at the end of the 1990s. While there had always been a concrete value placed on raw materials such as gold, no one had really taken into consideration the value of a wetland located next to an Indian textile factory using large amounts of water.

"But now we have to," Gramling said.

Several other firms in Germany are looking at the issue of sustainability and their future business viability. Supermarket chain Edeka has announced it wants to ensure that all its fish products come from sustainable fisheries. The company's fear is that if they do not, overfishing could make it difficult to meet customer demand further down the road.

Some, however, have accused Puma of hypocrisy, pointing to the company's sponsorship of the Formula 1 and MotoGP racing series – hardly the greenest of sports.

But Puma's Neuber said the company was thinking in bigger terms – looking at the whole transportation chain and not about "ten cars driving around in circles."

"This report details how we damage the environment," she said. "We have tried to create as much transparency as we can."

New CEO suggests Puma goes back to its roots

German sportswear giant Puma is switching bosses - and perhaps focus. Incoming CEO Franz Koch says Puma will be making a greater distinction between sports and fashion, a move that could have consequences for old rivals. (15.04.2011)

Adidas and Puma bury hatchet after more than 60 years