For the 100th year, Pulitzer Prizes have been handed out to honor achievement in the arts and journalism. Reporting on slavery in the seafood industry and the plight of Afghan women were among the top works. 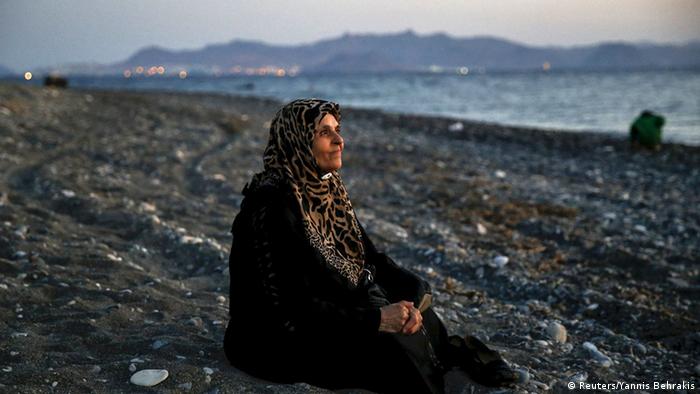 The annual awards' 14 journalism categories may only be open to United States news organizations, but this year's award for Public Service reporting showed the impact could be truly global.

In a series of published reports over a period of nine months, The Associated Press brought to light how thousands of South Asian migrants were enslaved in a seafood industry that was putting food on the tables of American consumers. 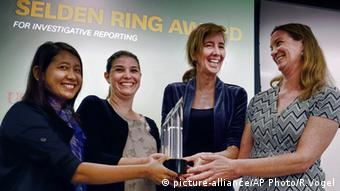 In announcing the award, the Pulitzer board explained why the AP's work merited the top prize: "For an investigation of severe labor abuses tied to the supply of seafood to American supermarkets and restaurants, reporting that freed 2,000 slaves, brought perpetrators to justice and inspired reforms."

The other category this year that had truly global significance was that of Breaking News Photography, which was shared by "The New York Times" and Reuters for a series of images that often depicted the life and death struggle of war refugees seeking safe haven in other countries, usually in Europe.

Or, as the Pulitzer board put it in announcing the winner, "For photographs that captured the resolve of refugees, the perils of their journeys and the struggle of host countries to take them in."

The plight of Afghan women

In the category of International Reporting, "The New York Times won" this year's award for a five-part series chronicling the plight of "Afghan women who were forced to endure unspeakable cruelties," according to the Pulitzer board.

One of the biggest domestic stories to emerge in the US over in recent years has been the use of lethal force by police against unarmed civilians. But "The Washington Post" went beyond piecemeal reporting by creating a national database to illustrate how often and why police officers shoot to kill. 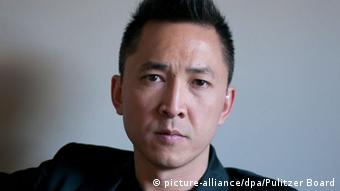 The newspaper found that in 2015, on-duty police officers shot and killed 990 people nationwide. It reported that unarmed black men were seven times more likely to die at the hands of police officers than unarmed whites were.

In addition, the database revealed that more than 50 of the officers had killed someone before. The investigation won the Pulitzer Prize for national reporting.

This is the 100th year of the awarding of the Pulitzer Prizes. As well as the 14 journalism categories, awards are also given in the arts, spanning seven categories including fiction, drama and music.

Viet Thanh Nguyen won the award in the fiction category for his book "The Sympathizer."