The Pulitzer Prizes, honoring achievement in journalism and literature, were announced Monday in New York, with The NY Times taking home three awards. A St. Louis paper was honored for its reporting on racial unrest. 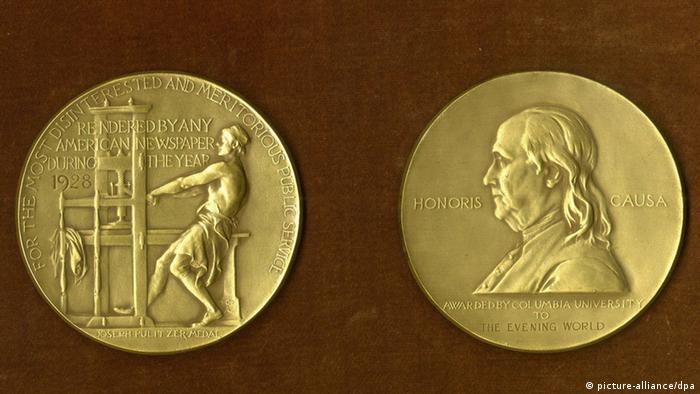 The New York Times, the United States' paper of record, won prizes for international reporting covering the Ebola outbreak in West Africa, and for feature photography documenting the spread of the deadly disease. The paper also won a prize for an investigative report on the influence of lobbyists.

The coveted public service journalism prize was awarded to The Post and Courier in Charleston, South Carolina for its reporting on domestic violence. The Guardian and The Washington Post won the same award last year for their revelations of spying by the US National Security Agency.

Meanwhile, the photography staff at the St. Louis Post Dispatch won the breaking news photography award for its coverage of the racial unrest following the shooting of unarmed black teenager Michael Brown in Ferguson, Missouri.

In the fiction category, author Michael Doerr won the Pulitzer for his World War II novel "All the Light We Cannot See," about a blind French girl and a young Nazi soldier.

The Pulitzer Prizes have been awarded annually by Columbia University since 1917.

An overview of the winners:

- Fiction: "All the Light We Cannot See" by Anthony Doerr

- Drama: "Between Riverside and Crazy" by Stephen Adly Guirgis

- History: "Encounters at the Heart of the World: A History of the Mandan People " by Elizabeth A. Fenn

- Biography: "The Pope and Mussolini: The Secret History of Pius XI and the Rise of Fascism in Europe" by David I. Kertzer