Large parts of the island's electricity supply went down after a blast and fire at a substation. That came soon after an apparent cyberattack on the territory's newly-contracted, much-criticized power company. 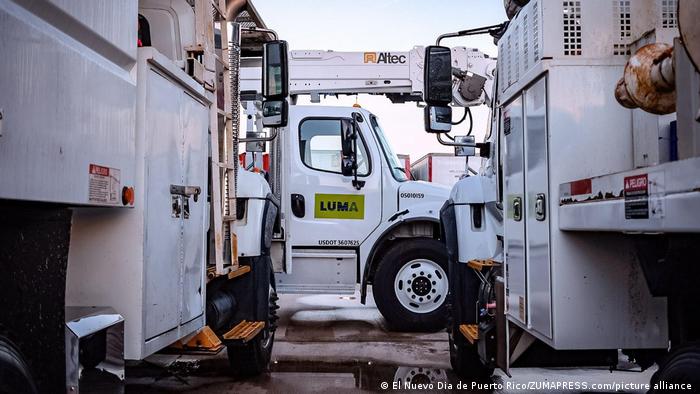 LUMA said an explosion and subsequent fire at its Monacillos power distribution substation in the Puerto Rican capital, San Juan had prompted a shutdown.

The Canadian company, which took over the transmission and distribution of electricity in Puerto Pico on June 1, said the blaze had caused blackouts throughout the island.

Local media reported that large parts of San Juan were left without electric service, in addition to neighboring municipalities being affected.

Images on social media showed large flames and black smoke over the substation.

The Puerto Rico Fire Department tweeted to confirm that it was dealing with a fire at the substation.

He also said that all law and order authorities were investigating the explosion that started the blaze.

Earlier, LUMA said a "Distributed Denial of Service (DDoS) attack" on its website was preventing customers from accessing their accounts.

A DDoS attack involves deliberately hitting websites with masses of traffic in an effort to overwhelm them and cause them to crash for real users.

"The DDoS attack was identified and has been issuing 2 million visits per second," LUMA Energy said in a statement. "As a result, many clients may have had difficulty accessing the information related to their accounts."

Officials did not initially comment on whether they suspected a connection between the explosion and cyberattack.

"The attack has been reported to the relevant authorities and LUMA awaits the results of an ongoing investigation," the company said.

Puerto Rico, an unincorporated territory of the United States, last year chose LUMA to operate and modernize the power grid largely destroyed by Hurricane Maria in 2017.

However, critics have urged that the deal be canceled, complaining that it was unlikely to resolve longstanding problems.

There were also heated protests against the privatization of the previously state-run system.

Even before the fire, the company had been struggling to deal with widespread outages and growing anger, amid complaints that supply problems had actually grown worse.