Puerto Rico - 'Greeks' of the Caribbean

The loss of tax perks and its status as a commonwealth are just two of many reasons for Puerto Rico's bankruptcy. The island is now hoping that the default will give it leverage to restructure its debt. 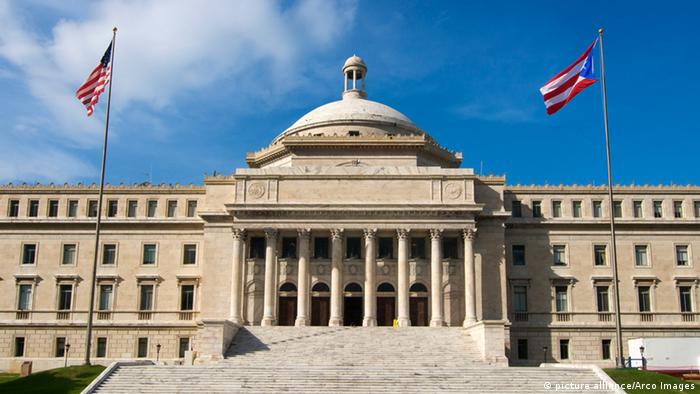 US Treasury Secretary Jack Lew was less than amused when – in the middle of the Greek debt drama - his German colleague, Finance Minister Wolfgang Schäuble quipped, "we could take Puerto Rico into the euro zone, if the US were willing to take Greece into the dollar union." Thus reminding the Americans, that while the whole world seemed fixated on Greece and its debt crisis, a similar drama was unfolding in the Caribbean.

Now, after ongoing speculation, it is official: Puerto Rico is broke. On August 1, the island state, which has a treaty of association with the USA, failed to service a payment for a $58 million (53 million euro) Public Finance Corp (PFC) bond owed to its North American partner. Instead, they transferred the paltry sum of $628,000 (566,000 euro). It was the first default by Puerto Rico since it became a US territory 117 years ago.

In a statement, Melba Acosta Febo, President of the Government Development Bank of Puerto Rico (GDB), the institute that owes the money, explained: "It was a decision that reflects serious concerns about the Commonwealth's liquidity." In all, the island exclave has some $72 billion worth of debt with the United States.

The default, however, did not come as a surprise. In a "New York Times" interview in late June, Governor Alejandro García Padilla said that "the debt is not payable. There is no other option. I would love to have an easier option. This is not politics; this is math." 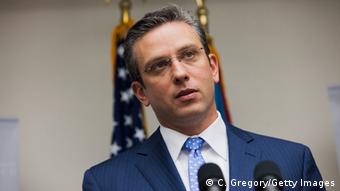 'The debt is not payable,', says Alejandro Garcia Padilla, Governor of Puerto Rico

But ratings agencies like Moody's and Fitch have judged the default a national bankruptcy and have downgraded Puerto Rico's creditworthiness to junk status. Though it must be said that the Caribbean island had little access to capital market loans to begin with.

Due to its special status, the island cannot declare bankruptcy itself – unlike the city of Detroit for instance, which was able to overcome its debt crisis through bankruptcy proceedings. A law designed to deal with Puerto Rico's special status is currently bogged down in the US House of Representatives.

Puerto Rico's debt drama began when tax privileges for US corporations expired in 2006. For a long time, corporations were awarded various perks if they relocated to Puerto Rico, when those advantages ended many pharmaceutical companies, in particular, left the island. Other companies followed suit and industrial production on the island tanked.

In June, respected economists Anne Krueger, Ranjit Teja and Andrew Wolfe published a comprehensive report analyzing Puerto Rico's structural problems, its weak public financing, its susceptibility to economic shocks, and how the combination of these factors resulted in a decade of stagnation followed by recession, rising debt and mass emigration. As a result of its budget crisis – a product of an oversized public sector – Puerto Rican public debt grew from 63 percent of GDP in 2000, to more than 100 percent in 2015.

To put it mildly – Puerto Rico's de facto colonial status is not exactly helpful in its current situation: Like Greece in the euro zone, San Juan cannot set its own currency policy due to its use of the US dollar. Beyond that, Puerto Rico has the same workplace and social standards as the rest of the USA. Minimum wages at mainland US levels for instance, are disproportionately high for a territory like Puerto Rico, which has an average per capita income that is roughly half that of Mississippi, the poorest state in America. 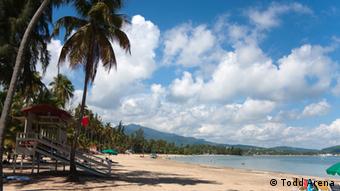 Tourism is an important economic factor in Puerto Rico

That fact is compounded by the island's high living costs, which largely stem from the "Merchant Marine Act" of 1920, also known as the "Jones Act." The act stipulates that every item that arrives or departs Puerto Rico by water, must be transported upon a US ship, with a US crew. That raises import costs. Ships sailing under non-US flags are subject to horrendous taxes and duties.

To counter its economic slump, the government in San Juan has been doing what creditors and ratings agencies have demanded it do: Since 2010, they have made huge cuts to the public sector workforce; hiked prices for water, gas and energy: raised taxes on property, capital gains and small businesses; made cuts to public retirement and health care funding; raised the retirement age; and shut down schools. More than anything, these measures have led to the "death spiral" that Governor García Padilla spoke of in his interview.

Austerity policy has further strangled economic activity, leading many young people to take advantage of their freedom of movement status to emigrate to the US. Almost 10 percent of Puerto Rico's residents have left the island over the past decade.

While Washington has repeatedly said that it has no intention of bailing out Puerto Rico if they should be unable to pay off their debt, San Juan wants to negotiate with its creditors, which are mainly pension and hedge funds. With the default, it is trying to pressure creditors into restructuring its debt. Creditors are indeed likely to lose even more money if an unstructured default should take place. Puerto Rico's government has now declared a debt moratorium – details are due to be presented on September 1. It looks as if this could be the start of years of negotiations. Greece sends its regards!

The US territory of Puerto Rico has defaulted on a bond payment, according to ratings firm Moody's. The Caribbean island had been struggling with a debt crisis. (04.08.2015)

Indebted US territory Puerto Rico on verge of default

Puerto Rico has failed to make a $58 million bond payment that was due this weekend, the government has said. Its general fund will also run out of liquidity in three months if it fails to reach a deal with creditors. (01.08.2015)

The Standard & Poor's ratings agency cut Puerto Rico's credit rating down to junk status this week. Can an initiative to make the US territory the 51st state save its economy, or will the island become the next Greece? (18.07.2015)