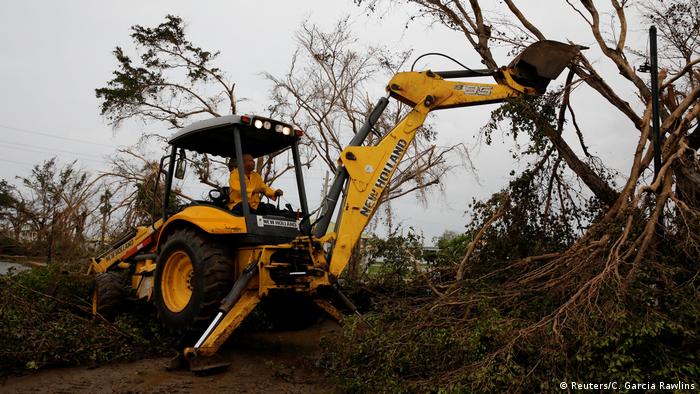 Emergency services on Saturday scrambled to evacuate some 70,000 people living in a valley downstream from the Guajataca Dam in northwestern Puerto Rico.

"This is an EXTREMELY DANGEROUS SITUATION," the US National Weather Service (NWS) tweeted on Friday. "All the areas around the Guajataca River must evacuate NOW. Your lives are in DANGER."

The NWS said residents were being ferried to higher ground in buses after 40 centimeters (15 inches) of rain fell on the mountains near the 90-year-old dam at the northern end of Lake Guajataca. There were warnings of flash flooding in the nearby areas of Isabela and Quebradillas.

On Friday, Christina Villalba, an official for the island's emergency management agency, said the collapse of the dam was imminent: "It could be tonight, it could be tomorrow, it could be in the next few days, but it’s very likely it will be soon." 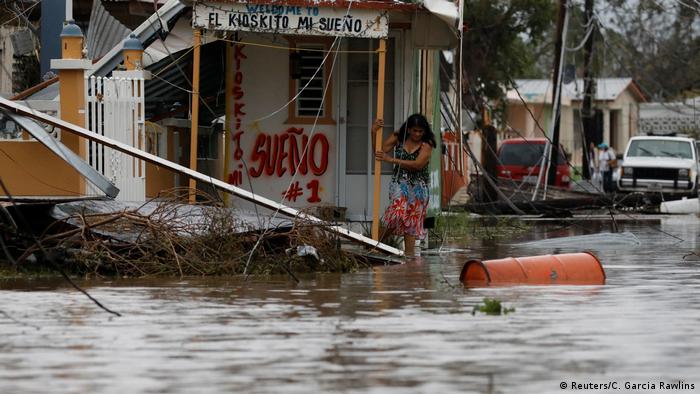 A woman walks out from her house after Hurricane Maria in Salinas, Puerto Rico, on September 21

Governor Ricardo Rossello said it could be months before electricity was restored to all 3.4 million of the US island territory's residents. The telephone service was also unreliable and government spokesman Carlos Bermudez said it was not possible to reach 40 of the 78 municipalities more than two days after the hurricane crossed the island, toppling power lines and cellphone towers and sending floodwaters through city streets.

Up to 6 inches (15 centimeters) more rain is expected through Saturday.

US President Donald Trumppledged support to both Puerto Rico and the US Virgin Islands  as they recover from the hurricane, the White House said.

Trump said he would visit Puerto Rico, an unincorporated US territory, adding that the island had been "absolutely obliterated" by Hurricane Maria.

Trump has issued disaster declarations for Puerto Rico and the US Virgin Islands.

He has visited Texas, Louisiana and Florida in the wake of hurricanes Harvey and Irma, but he has not yet traveled to Puerto Rico.

"We're going to start it with great gusto, but it's in very, very, very perilous shape. Very sad what happened to Puerto Rico," Trump said before a meeting at the UN General Assembly.

The Federal Emergency Management Agency (FEMA) said on Saturday that meals and water and supplies were being delivered to the island and that some airports were reopening.

Hurricane Maria has developed into a Category 3 storm as the Caribbean's Leeward Islands prepare for impact. It is expected to bring dangerous winds, rain and storm surges to other, already damaged islands. (18.09.2017)

Hurricane Maria, the second megastorm to hit the Caribbean this month, has caused widespread damage in Puerto Rico after pummeling the islands of Dominica and Guadeloupe. Thousands are without power. (21.09.2017)

Maria has claimed at least 18 lives across the Caribbean since striking Dominica on Monday. The storm is expected to hit the Turks and Caicos Islands and the Bahamas by late Thursday and early Friday. (22.09.2017)