Nepal's ruling Communist Party has split in two and the president, acting on the recommendation of Prime Minister Khadga Prasad Oli, has ousted the parliament. 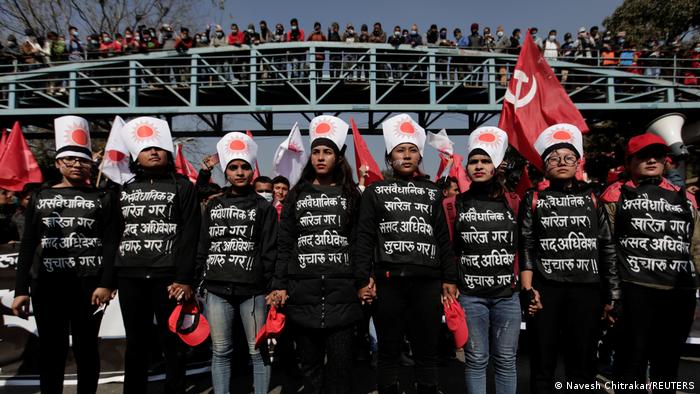 Some 10,000 protesters marched through Nepal's capital city of Kathmandu on Tuesday towards the office of Prime Minister Khadga Prasad Oli to demand reinstatement of the country's parliament.

"We are protesting the unconstitutional move by the prime minister and we will continue to protest until the parliament is reinstated," said regional assembly member Laxman Lamsal.

The rally was held despite coronavirus-related restrictions on mass gatherings.

Prime Minister Oli had pushed for the parliament to be dissolved, saying that internal squabbles in the ruling Communist Party had paralyzed decision making. President Bidya Devi Bhandari accepted Oli's recommendation earlier this month. The country is now set to hold new elections in April and May 2021.

The ouster of parliament triggered a country-wide political crisis. The ruling party has openly split into two factions, both of which stake their claims on the Communist Party name and symbols. Meanwhile, Nepal's Supreme Court is set to decide on numerous petitions that challenge the president's decision.

"We have faith in the Supreme Court but we have more faith and hopes in the Nepali people," said Pushpa Kamal Dhal, the leader of the anti-Oli faction, when asked about reasons behind the protest. 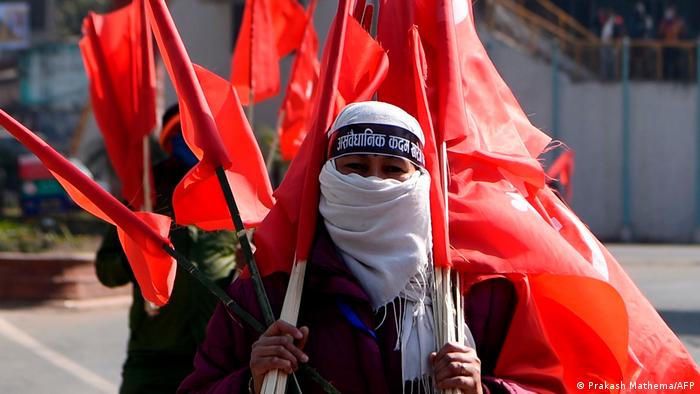 Why is the ruling party split?

Dhal had served as a leader of a Maoist rebel group before forming a political alliance with Oli. The unified Communist Party, co-chaired by both Oli and Dhal, won a landslide victory in 2017. The two leaders agreed to share the five-year old prime ministerial term, but Oli refused to step aside after taking power.

Some of Oli's critics accuse him of corruption and mishandling the coronavirus outbreak, while also claiming he is steering the Himalayan country closer to China and away from its traditional ally, India.