Protecting the climate, one micro-credit loan at a time

Micro-credit empowers poor and marginalized people who are normally shut out of the formal financial system. "Green loans" go a step further by ensuring they also get access to affordable renewable energy. 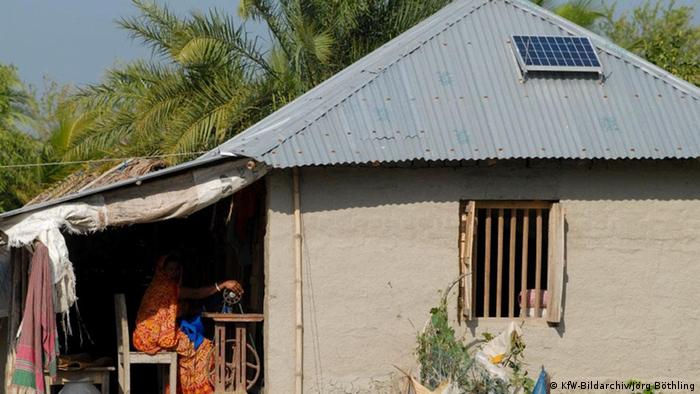 Electricity is something people in many parts of the world take for granted. But in Uganda, talking on the phone, keeping groceries chilled or reading a book at night is far from easy. In rural regions, only about two percent of the population has access to electricity, according to a study by the Kampala-based Center for Research in Energy and Energy Conservation (CREEC). 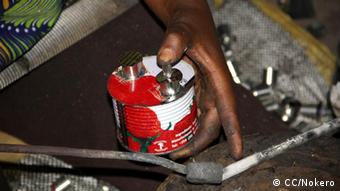 Being connected to the grid is no promise of relief, either: many families with access to electricity in Uganda still depend on candles and kerosene to power their homes because of high energy costs. The World Bank estimates that 13 billion euros is spent on kerosene across Africa every year, posing a health risk to people and with damaging consequences for the climate as well.

In 2008, American micro-finance organization FINCA set up a pilot project to help people generate and produce their own electricity. Sonali Rohatgi, manager of New Business Initiatives at FINCA, says the most important concern was the final price for the end consumer. Finding a way to guarantee service for maintenance and care issues was also key, she said.

When the project got underway, a variety of products, from hand-operated dynamo lamps to energy-saving ovens, were put to the test. In the end, they settled on so-called "solar home systems" (SHS) which are photovoltaic systems that provide an independent energy supply, without being connected to the public grid.

Theo Kayonda now owns such a solar system. She was forced to rebuild her small grocery shop after a kerosene lamp exploded one night and destroyed everything she owned. Now, the solar home system supplies enough electricity to power not only lights but other electronic devices as well. Her SHS is just one of 550 that FINCA has funded and provided to people in Uganda. 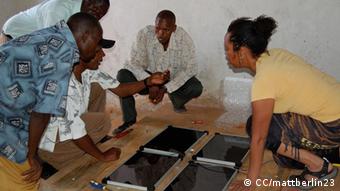 All new customers receive instruction before a solar collector is installed

Theo Kayonda, meanwhile, has developed her business further with the help of her photovoltaic system. In addition to selling food, she now offers electricity access to others, too, providing a place where neighbors can come by and charge their mobile phones. Her kids are seeing the benefit, too. They come to the store in the evenings to sit under the light and do their homework.

Theo Kayonda is just one example of how micro-credit loans can make a difference. According to the World Bank, 2.7 billion people across the world have no access to the formal financial sector, largely because they do not have the collateral to qualify for a loan.

Micro-credit institutions started gaining steam in the 1970s, but they garnered world-wide attention in 2006, when Muhammad Yunus won the Nobel Peace Prize. Yunus founded Grameen Bank in Bangladesh, one of the world’s first and most successful micro-credit institutions. The economist championed the idea of giving the poor a chance at financial self-sufficiency, arguing that they, too, are deserving of loans to create their own business models.

The industry has come under fire in recent years as some loan recipients have been unable to pay back their debt, but it still has had a largely positive impact.

In March 2011, UN Secretary General Bank Ki-moon said in a report that micro-finance goes well beyond providing jobs for poor families. It also empowers disadvantaged women in developing countries by giving them a chance, with minimum cost and bureaucracy, to become business owners and entrepreneurs.

Climate protection is a relatively new territory for micro-finance organizations. Many of them have already set up a functioning network in some of the world's poorest regions.

FINCA has capitalized on those linkages to become active in climate protection, with projects like the SHS in Uganda. There, the micro-finance institution depends on well-trained local employees called 'Energy Officers' who travel to villages and offer green micro-credit loans. Interested villagers are granted individual consultations with a FINCA expert, and monthly payments are tailored to each person or family’s financial situation.

According to FINCA’s loan policies, the rates should not exceed what a family would spend on candles, batteries, and kerosene in a month. The SHS is usually installed by a private company. Joseph Sserwanga, who serves as the project’s technical leader, says FINCA guarantees good service. "We don’t just disappear when it’s installed," he says. "If there are problems with the SHS, energy officers are there for maintenance."

Sserwanga says one of his customers made particularly impressive progress after receiving an SHS. "First she opened a small tailor shop in the city. Then she opened a stand at the market too," he says."That went so well that she built a school in her home town which her nephew, who is a teacher, is running."

It's a success story that has improved the life not just of one woman but several other families around her.