Prosecutors in the German town of Braunschweig have launched a probe into VW executives suspected of granting too much money to cover the expenses of works council members. Investigations have only just started. 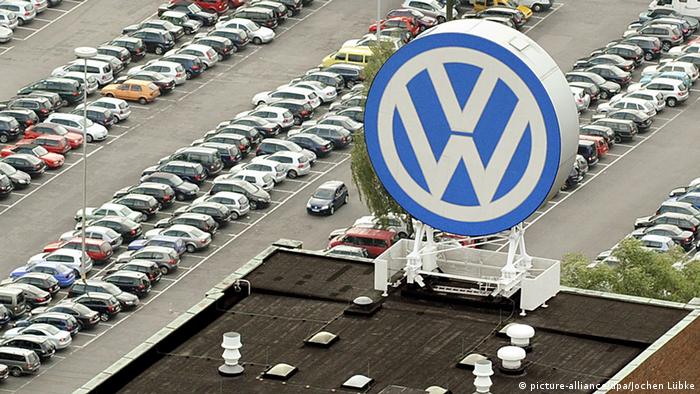 German prosecutors have initiated a probe into whether managers at carmaker Volkswagen paid too much to some members of the influential works council to remunerate them for their expenses.

The prosecutors in the town of Braunschweig, which is close to VW's headquarters in Wolfsburg, decided against making public any details about the suspects they were focusing on.

But the Braunschweiger Zeitung, a regional daily, reported Friday that at least part of the investigation centered on whether the remuneration for works council chief Bernd Osterloh had been too high.

The newspaper also said the case had been triggered by a complaint to police without saying who the complaint came from.

Works councils, otherwise known as labor or staff councils, play a unique and influential role in large German companies and are normally represented on corporate boards.

In the case of VW, works council chief Bernd Osterloh is in the presidium of the carmaker's supervisory council and has the power to veto important management decisions. He's considered one of the most powerful players at VW's headquarters in Wolfsburg.

The prosecutors' announcement of the current probe into potential irregularities represents a fresh blow to the automaker, which has been battling to end a long-running scandal surrounding the installation of emissions test cheating devices in about 11 million diesel cars globally.

VW strives to be leader in e-cars, self-driving vehicles

Scandal-marred German automotive giant Volkswagen says it's making swift progress in executing its transition plan aimed at overhauling its core brand and transforming it into a world market leader in electric vehicles. (05.05.2017)

At its annual shareholder meeting in Hanover, German carmaker Volkswagen has refused to publish the details of a key investigation into its emissions-cheating scandal. Some investors called the move 'insulting.' (10.05.2017)