PEN members are meeting in Berlin this week to promote literature and freedom of expression. Germany plays an important role in that respect, the country's president told delegates on Wednesday. 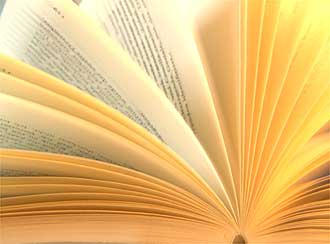 The center of attention in Berlin this week

Speaking to about 450 PEN delegates at the 72nd International PEN Congress, German President Horst Köhler on Wednesday said that Germany in particular had an obligation to do everything in its power to protect writers.

"If Germany is the nation of culture that it intends to be again, then we have to stand up and fight for freedom of language, art and culture," Köhler said. 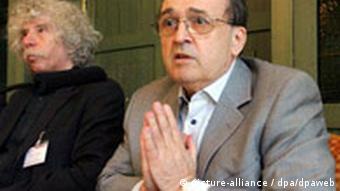 Freedom of expression is one of the main themes of this year's congress, which returns to Berlin for the first time in 80 years and comes two decades after the last meeting in Germany, in Hamburg. Protecting writers from persecution and safeguarding freedom of expression are PEN's main goals.

"There are countries such as Iran, Turkey or Cuba, where authors are jailed because of their books," said Jiri Grusa, a Czech writer and president of PEN International, adding that 1,000 writers around the globe are under attack. Only last year, 37 died because of their work, and 200 writers are currently in jail.

"Writing in a Peaceless World" is the slogan of the week-long meeting. While the organization, which was founded in London in 1921 and has more than 140 chapters worldwide, is not a political one, delegates will focus on topics such as persecution, oppressive media laws and fake libel suits.

The African continent is the focus of this year's meeting. 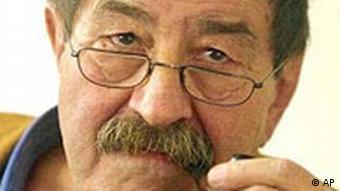 Günter Grass was scheduled to address delegates on Wednesday

"We only think about Africa in case people get slaughtered or natural catastrophes occur," said Johano Strasser, who heads the German chapter of PEN, adding that the continent's amazing literature scene is largely ignored.

"We're not just going to talk about problems, but celebrate a feast of literature," Strasser said, adding that Nobel Prize winners Nadine Gordimer and Günter Grass along with other writers such as Magriet de Moor, Peter Nadas, A.L. Kennedy and Per Olov Enquist are expected to attend.

On Feb. 9, Ernst Zündel, a Holocaust denier, faces a German court on charges of inciting racial hatred and defaming the dead. The case shows that while Germany guarantees freedom of expression, there are limits. (Feb. 21, 2006)