From the Pen to the Pitch: World Literature Meets Soccer | Culture| Arts, music and lifestyle reporting from Germany | DW | 23.01.2006

The author crafting pitch-perfect prose and the soccer player setting up a picture-perfect goal might seem like diametric opposites. But they have more in common than you'd think, as a recent symposium in Berlin showed. 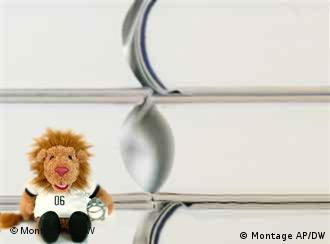 You can almost be certain that the last thing on soccer fans' minds as their team scores a winning goal is sitting down in a quiet corner with a good book. Many might argue that the worlds of literature and soccer are different planets, indeed maybe in different galaxies.

But a group of highly renowned authors who gathered in Berlin this weekend would beg to differ. For them, soccer is not only a sport that they love -- it and everything around it are phenomena which inform their work. 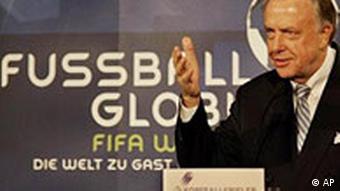 As part of the 2006 World Cup's cultural program, more than a dozen authors from four continents came to Berlin to talk about where literature and soccer intersect, and how their own experiences with the sport had influenced their lives and their writing.

The symposium, called "Headers: International Literature Meets International Soccer," was touted as a mini-summit of world literature, held appropriately enough at Berlin's Museum of Communication. Indeed, some big names did come out for a kind of two-day all-star game, but one that was conducted in the head rather than on the playing field.

The personal and the political

Much has been written about the intellectualization of the sport in the lead-up to this summer's World Cup. Far from being the domain of beer-swilling thugs with limited brain power, football has become acceptable in polite society, even in intellectual and artistic circles. 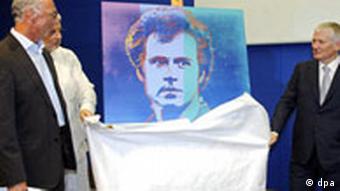 There was even an exhibition devoted to visual artists' take on "the beautiful game" which just finished its run at a museum in Berlin.

But it wasn't always so, according to several writers who participated in the symposium's panel discussions. South Korean author Hwang Chi-Woo, of his country's most well-known poets, said many intellectuals used to have a schizophrenic relationship with soccer and often remained in the closet as far as their appreciation for the game went.

"At home, we watched, and we were passionate about the game," he said. "But in public, we shied away from it. We did not want to be seen as soccer fans."

For him, there were political reasons for doing so, since under South Korea's military dictatorship, which only collapsed in 1992, soccer was used to manipulate the masses, and was seen by the intelligentsia as a control mechanism best avoided. 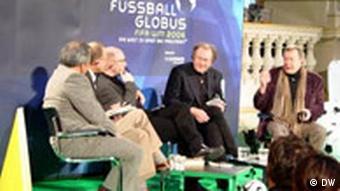 For Russian novelist and essayist Victor Yerofeyev, his relationship with soccer under the Soviet regime was similar. Then, Russian soccer was seen as something like a collective factory, and had a distinctly militaristic nature to it. Many Russians who detested those aspects of Soviet life rooted for the other side whenever the national team played as a way of protest.

But at the same time, they loved the game, partly for the same reason they loved literature.

"Books and soccer were the two ways to escape the reality of the everyday," he said.

For Swedish superstar author Henning Mankell, soccer shares with literature the ability to tell a story. 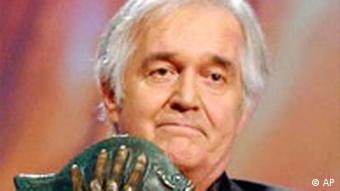 He recounted a game he saw in Mozambique that changed his view of the game forever. It was 15 years ago at the conclusion of a brutal civil war there. One attempt to get the two sides of the conflict to reconcile was to arrange a soccer match between two teams of men who had committed atrocities in the war.

As Mankell watched these men play, he said they began to see each other differently than they had before, realizing they could solve their conflicts in a way that did not involve violence.

"Drama, literature and soccer are about the same thing, conflict, contradictions and finally, solving problems," Mankell said. "That's what the author has to do, and the soccer player does as well. And both have to make it interesting, otherwise no one will watch the game and no one will read the book."

One of the topics that came up several times was that of soccer's underbelly: the dark sides of the game, be it hooliganism, racism or general intolerance and violence against opposing sides. 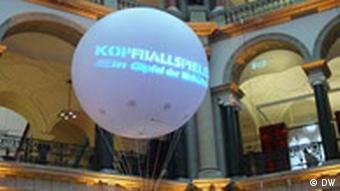 For Tim Parks, a British novelist who lives in Italy and wrote a popular book recounting his travels with Hellas Verona club, soccer, like literature, can be a place of transgression, where the darker side of human nature finds an outlet.

Since matches are like "mini-wars," they let people lose themselves in a side of themselves that modern society tells them to keep bottled up.

"When we see games with no aggression, we hate those games," he said.

It's a rich field for literature, he said. His book, A Season with Verona, details how a local soccer team works, how its players and its hard-core fans live, and the dynamics between all participants at games that, even in Italy, have a reputation for being explosive affairs.

"What's most interesting for us authors is not actually the game itself, but what's happening all around," he said, since the increasing amount of good writing about soccer "starts where the game on the field ends."

Off the Pitch, Into the Concert Hall

The world's first ever football oratorio, "The Depths of Space," is a 90-minute performance of two halves that sets out to capture the highs and lows, the agony and the ecstasy of ... soccer. (Sept. 13, 2005)

Art and the Beautiful Game

Outgoing Chancellor Gerhard Schröder and German soccer's glitterati were on hand in Berlin to open a major exhibit on the "beautiful game." (Oct. 22, 2005)