A majority of shareholders of the insolvent German wind farm operator Prokon have voted in favor of restructuring efforts that could see creditors recoup at least some of their original investment. 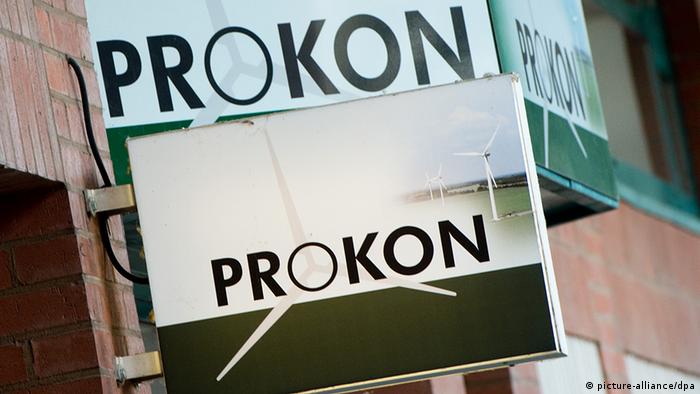 During what was heralded as one of the biggest creditors' assemblies in German business history, thousands of people expressed their support to sell off some of Prokon's assets in order to settle 391 million euros ($542 million) in outstanding investor claims.

The vote was a victory for the insolvency administrator Dietmar Penzlin, who had said Prokon's files have revealed evidence of fraud.

The vote pitted Penzlin against Prokon's ex-CEO, Carsten Rodbertus, who was looking to regain control of the company he founded before Penzlin fired him once the company went bust.

Both had jockeyed for investors' support ahead of the vote.

Penzlin's plan could keep Prokon up and running, but with fewer wind parks. Rodbertus had pushed to keep the company in its current configuration and try to repair its balance sheets over time.

Prokon millions gone with the wind

The company had raised 1.4 billion euros since its founding in 1995 by advertising directly to the public, touting profit participation rights and promises of superb annual returns.

Determined to avoid bank financing, the founders raised money directly from retail investors by advertising heavily in buses and trains, on TV and by direct mail, offering investors returns of up to eight percent on their money - a remarkably high rate - on what it promoted as an environmentally responsible investment.

Consumer advocates had long argued that wind farms could not support such a high rate of return, and some had expressed suspicion that the company was a Ponzi scheme, in which high returns were paid out using fresh money from new investors - until it was no longer possible to recruit enough of the latter.

Whether the suspicions are well-founded or not remains unclear; forensic accounting will be needed to shed light on the matter. The public prosecutor has begun an investigation of allegations of financial irregularities at Prokon.

Whatever the outcome, the German Minister of Justice, citing Prokon as a warning, said the government would introduce new rules governing how financial products may be advertised to retail investors.

"Consumers have to know what they're getting into," Heiko Maas told the Tagesspiegel newspaper. "They have to recognize the risks."