Incumbent Milos Zeman has won a second term in office with victory in the Czech Republic's presidential runoff. The two-day poll was held days after the government resigned following its failure to win a confidence vote. 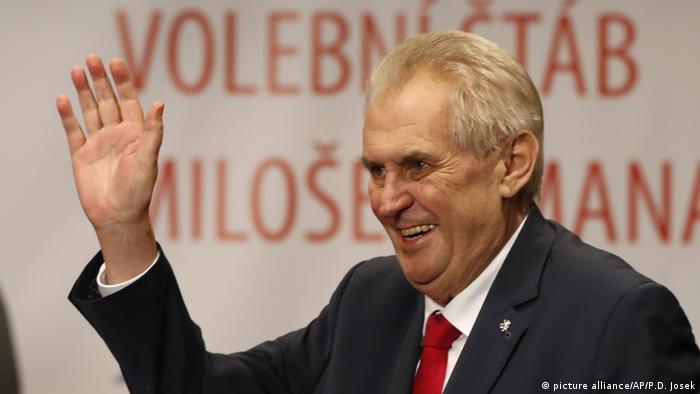 The national statistics office CSU said with results from more than 98 percent of voting districts counted, Zeman had 51.5 percent of the vote versus 48.5 percent for his opponent, former Academy of Sciences head Jiri Drahos.

Turnout was 66.5 percent of the country's 8.4 million eligible voters, the CSU reported.

Polls closed at 2 p.m. local time (1300 UTC) on Saturday following two days of voting, and the first results began to trickle out shortly after.

Less than two hours later, the majority of votes had been counted, and Zeman was awarded a second five-year term.

Speaking on national TV shortly after the win, the 73-year-old incumbent declared: "This is my last political win," before thanking his supporters for his victory. 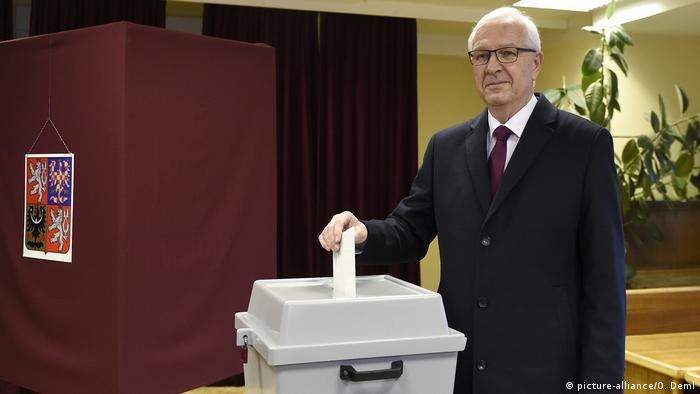 Zeman took an early lead from ballots counted in rural districts. Drahos was expected to win more support amongst more educated voters in urban areas, but failed to capitalize on his pro-European stance.

He quickly conceded defeat in front of his supporters, a few minutes after the result was announced.

One of the Czech president's duties is to select the prime minister.

Despite the fall of the Czech government this week, led by populist Andrej Babis, Zeman — a former left-wing prime minister — asked his ally to try again to form a new administration. He had vowed to swear Babis in again before his term expires on March 8. The PM is fighting police charges of EU subsidy fraud.

Zeman's pro-Russian stance and support for closer ties with China has divided the nation.

He's also a leading critic in eastern European states of the EU's migrant sharing policy, which aims to evenly distribute migrants and refugees from Africa and the Middle East throughout the bloc. His anti-migrant and anti-Muslim rhetoric has won him support with many voters.

Zeman won the first round on January 12-13, picking up 38.56 percent of the vote, from a field of nine candidates. Drahos came in second with 26.60 percent.

Zeman is the Czech Republic's third president, after Vaclav Havel and Vaclav Klaus, and five years ago became the first to be picked by voters, not politicians.