The highest award for German-language literature, the Georg Buechner Prize, goes this year to Austrian writer Walter Kappacher, who says Franz Kafka and Samuel Beckett give him literary inspiration. 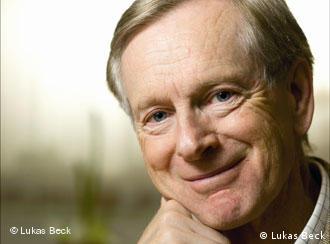 Walter Kappacher's writing is known for a sense of calm

Kappacher, a 70-year-old Austrian who lives near Salzburg, only started receiving critical acclaim over the past few years. The Buechner Prize is the latest, but also the weightiest, of the literary recognitions he has been awarded since 2004.

"His quiet, musical prose - full of melancholic implacability, always sad but never inconsolable - explains ourselves to us," said the awarding-body, the German Academy for Language and Literature, of Kappacher's work. "This poetic realist of our day, who ties in with the great story-telling tradition, while at the same time being thoroughly rooted in the present, creates a kind of pull of calm."

Born in 1938 in Salzburg, Kappacher began his working life as a car mechanic. He later began training as an actor and then became a travel agent. It wasn't until he was 40 that Kappacher devoted himself completely to writing.

In 1967, he had already published his first short stories in the daily Stuttgarter Zeitung; his first novel followed in 1975.

Prose with more calm than action 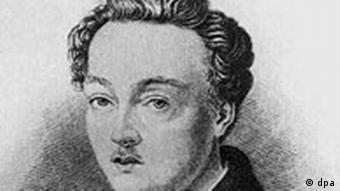 'Woyzeck' was Buechner's most famous play

"Having role models doesn't mean that I can or want to write like them," said Kappacher. "But in the books of Kafka and Beckett, not so much 'happens.' That could be what connects me to them."

Kappacher's most recent novel, "Der Fliegenpalast" ("The Fly Palace"), which came out earlier this year, describes one moment in the life of Austrian author Hugo von Hofmannsthal (1874-1929).

The Georg Buechner Prize began in 1923 as an award from the state of Hesse for local poets, composers, singers and artists. It was named after the German dramatist, who was born in 1813 and died of typhus at the age of 23, leaving behind his most famous works "Woyzeck" and "Danton's Death."

Since 1951, the prize has been awarded by the German Academy for Language and Literature, solely in the field of literature. Endowed with 40,000 euros ($56,000), it will be presented to Kappacher at the Academy's fall conference in October.

Past recipients of the Buechner Prize include Heinrich Boell, Max Frisch, Christa Wolf and Guenter Grass.

Germany's Flourishing Theater Scene Has Roots in the Past

"I believe in the immortality of the theater," the famous German stage director Max Reinhard once said. Germany is known as Europe's theater paradise, and with good reason. (05.02.2009)

Josef Winkler was awarded the acclaimed Georg-Buechner Prize for German language literature. In his novels, the Austrian writer is known for looking at the difficulties gays face in a patriarchal, Catholic society. (17.06.2008)

Martin Mosebach -- who has penned works for television and radio, in addition to writing literature -- was named as winner of this year's Georg Büchner Prize, Germany's most prestigious literary award. (08.06.2007)