Josef Winkler was awarded the acclaimed Georg-Buechner Prize for German language literature. In his novels, the Austrian writer is known for looking at the difficulties gays face in a patriarchal, Catholic society. 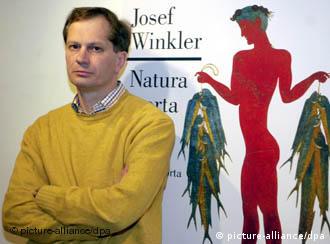 Winkler is known for focusing on homosexuality in his books

The Georg-Buechner Prize, founded in 1951, is considered the most significant literary prize for German literature and is endowed with 40,000 euros ($61,700). Recipients are selected based on their contribution to contemporary German cultural life.

Josef Winkler was chosen as this year's winner for responding "to the catastrophes of his childhood in a Catholic village in his books, whose obsessive acuteness is unique," the German Academy for Language and Literature, the administrator of the prize, said on Tuesday, June 17.

Born in 1953 as the son of a farmer, Winkler now lives in Klagenfurt, Austria, where he teaches at the university. He published his first novel, "Menschenkind" ("Son of Man"), in 1979 and has worked as a freelance writer since 1982. Other well-known works by Winkler include "Muttersprache" ("Mother Tongue") and his most recent novel "Roppongi. Requiem für einen Vater" ("Roppongi. Requiem for a Father").

He will receive the award in an official ceremony at the end of October. Past recipients of the Georg-Buechner Prize include acclaimed German writers like Max Frisch, Guenter Grass and Heinrich Boell.

Home to one of the world's oldest book fairs, and a famous German creative writing program, the city of Leipzig is slowly returning to its literary glory. (13.03.2008)

Martin Mosebach -- who has penned works for television and radio, in addition to writing literature -- was named as winner of this year's Georg Büchner Prize, Germany's most prestigious literary award. (08.06.2007)