Presidential election stays at bay in Italy | Europe | News and current affairs from around the continent | DW | 19.04.2013

For weeks, Italy's political parties have been unable to form a governing coalition. Only a new president can call early elections - and that's what Italy is missing. 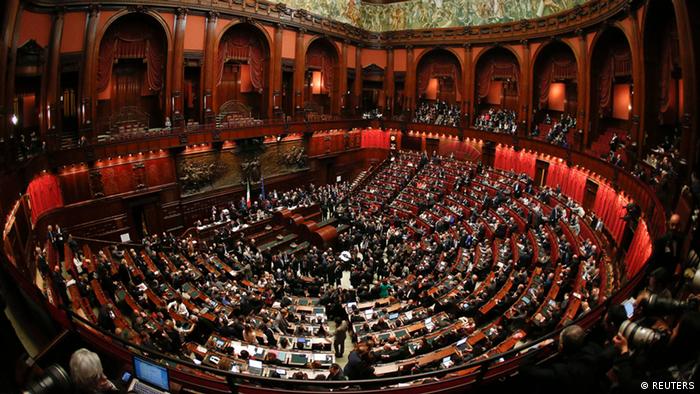 The Italian Parliament failed again on Friday (19.04.2013) in a fourth round of voting to elect a successor to President Giorgio Napolitano. In an about-face, Italy's center-left "Democratic Party" (PD) led by Pierluigi Bersani said Friday it would support former Prime Minister Romano Prodi for president. It is a move that may spark an intense battle with the center-right and dash hopes of any cross-party agreement and soon end to the two-month stalemate in forming a new government.

In the fourth round of voting, Prodi did not receive a majority of votes. A fifth vote is expected on Saturday. 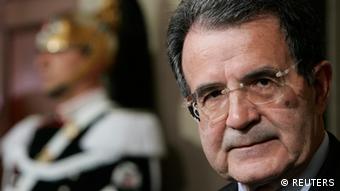 Romano Prodi is supposed to lead the Democratic Party in the presidential election, but has little support

Bersani's original choice for the presidency, 80-year-old former Senate President Franco Marini, who was also supported by Berlusconi, lost favor among many of the PD's lawmakers, who reject a coalition with the center-right and instead want to see a new generation of leaders for the PD. Nichi Vendola, leader of the SEL, a small but influential left-wing party, formerly called on its members to vote against Marini - likely prompting the about-face.

Yet many Italians are disgruntled with the whole political business in general, saying it must be turned upside-down.

"These gentlemen of 70-plus, in suits and ties, in politics for decades, always the same faces, always the same ideas," sighed Foedora Pasquale, who had tuned the radio in her office to the live coverage from parliament on the voting. She would prefer a woman as president, which would finally be something new, she said.

"Is it harder for a women to become cardinal or president?" prominent Italian women ask in a video from the nonprofit organization "Pari o dispare," which campaigns for equality between women and men. And they are expressing a widespread unease, given the low proportion of women in politics and society. 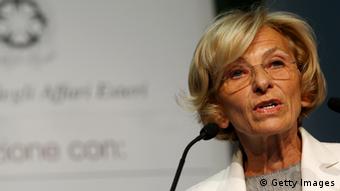 Emma Bonino has her fans on the left

"Italy could use a woman in the office," beverage supplier Riccardo Bonanno said, and he also has a preferred candidate. Emma Bonino of the "Radical Party," a small party that fought for the right to abortion in the 1970s, and since then has had the personal freedom of the individual at the center of its policies. Bonino has been working internationally for decades for human rights - she was an EU commissioner and minister in the government of Romano Prodi. "Bonino is morally unimpeachable and would, under the circumstances in Italy, be an appropriate and responsible president."

Disappointment with the political caste

Given the current government crisis and the broad frustration with politicians among the population, it's not surprisingly that both the media and people in general have taken to calling the lot "La Casta" - the politicians' caste. The gap between electors and elected is deep, and the wishes of the citizens often get stuck in the spokes of the wheels of the political establishment.

Votes migrating to 79-year-old Stefano Rodota, the Five-Star Movement candidate, may have to do with the fact that as a law professor, he embodies a certain understanding of institutions in Italy. In addition, in his time as an independent left-wing parliamentarian, he managed to stay above the infighting. For many PD voters, he is the most suitable candidate for the presidency. In the social networks he is the clear favorite, because he stands for change - at least in part. The displeasure at the political haggling that takes place in Rome can be felt from Milan to Palermo. 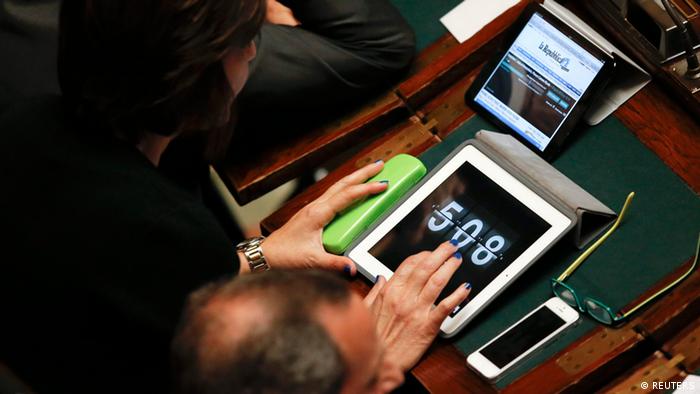 The Italian parliament can't seem to get a majority together

"This is a mafia, a clean mafia, the mafia of power," said Mauro Caccia, who runs a snack bar in Genoa. Genoa, the hometown of Beppe Grillo - Caccia has sympathy for him and his political movement. He took part in the online poll initiated by Grillo candidates for election to the office of President.

A woman landed on the top spot. Journalist Milena Gabinelli, known and feared for her investigative television reports about corrupt politicians, misuse of public funds, economic scandals and old-boy networks. Her refusal to run for office made way for Rodota.

He's the "enfant terrible" of Italian politics, whose one-liners made headlines throughout the election campaign. Beppe Grillo could end up as the kingmaker of Italian politics - it's a role he says doesn't interest him. (01.03.2013)