President Rodrigo Duterte orders police to rejoin Philippines′ war on drugs | Asia | An in-depth look at news from across the continent | DW | 05.12.2017

President Rodrigo Duterte says the anti-drug agency is not equipped to handle the campaign alone. There has been a resurgence in illegal drugs and crimes since the police left the campaign, according to a spokesperson. 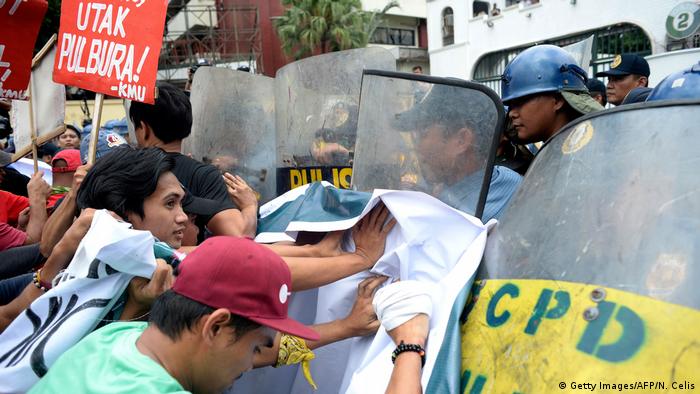 Philippine police on Tuesday were ordered to rejoin the war on drugs, overturning President Duterte's decision two months ago to leave the campaign in the hands of the government's anti-drug agency.

Duterte had removed police from anti-drug operations following criticism from human rights advocates, foreign governments and the United Nations after thousands of drug suspects were killed during the campaign and local street protests took place when three teenagers were killed in the crackdown. 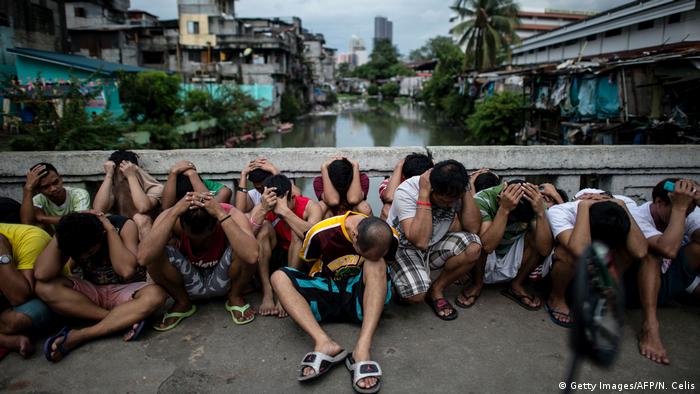 Roque said there had been "a notable resurgence in illegal drugs activities and crimes” since police were told to leave the campaign on October 10.

Duterte said the anti-drug agency, which has only 2,000 officers, could not effectively carry out the crackdown. The police force has about 165,000 officers.

At least 3,850 people have been killed in police operations since June 30, 2016, when Duterte took office, until September 16 this year, police data shows. Police are also investigating the deaths of almost 11,000 people to determine if their deaths were related to illegal drugs and if hired or vigilante killers were responsible.

World in Progress: War on Drugs in the Philippines

World in Progress: War on Drugs in the Philippines takes high death toll

New York-based Human Rights Watch had warned of more judicial killings if the police were to continue participating in anti-drug operations.

"I do not want Filipinos to be turned into fools during my time. You can do that at any other time but not during my time, during my watch,” he said.

Also on Tuesday, a third day of arguments took place in the Supreme Court on petitions challenging Duterte's war on drugs. Supreme Court Justice Chief Maria Lourdes Sereno said there was a day where 32 drug suspects were killed in one province in nine hours and a similar number killed in one city, with Duterte being quoted as saying it was a good result that should happen every day.

Solicitor General Jose Calida responded that Duterte may have been in a joking mood.