Prenatal Down syndrome test: ′The hardest decision there is′ | Science| In-depth reporting on science and technology | DW | 20.03.2021

Prenatal Down syndrome test: 'The hardest decision there is'

The biggest issue with a noninvasive test that expectant parents can use to determine whether a fetus has trisomy 21 is not the diagnostic procedure itself, but with what might follow it. 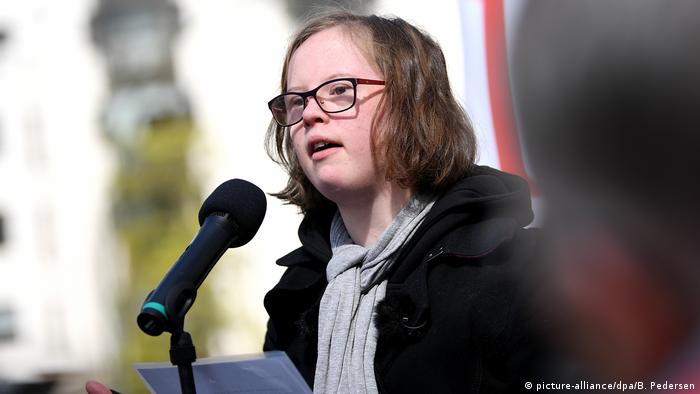 Susanne, who wanted to be referred to only by her first name, was 36 years old when she became pregnant for the third time. She and her husband already had two young sons. As is customary in Germany for pregnant women over 35, Susanne underwent a first-trimester screening. Her blood was taken, and the baby's nuchal fold was examined  via ultrasound.

The tests showed an increased probability that her child could have a chromosomal disorder such as trisomy 21, also known as Down syndrome.

A referral to a human geneticist and further tests followed. Here, the family got confirmation: A significant probability that Susanne would give birth to a child with Down syndrome. At that time, in 2008, the only way to obtain even more certainty was through invasive tests, such as amniocentesis. The procedure provides more information, but also carries a 0.5 percent risk of miscarriage. Susanne and her husband chose not to have the procedure, albeit for another reason.

"You have to think about what you're going to do with the results beforehand," Susanne says. "And it was clear to us that we would not terminate the pregnancy because of Down syndrome." 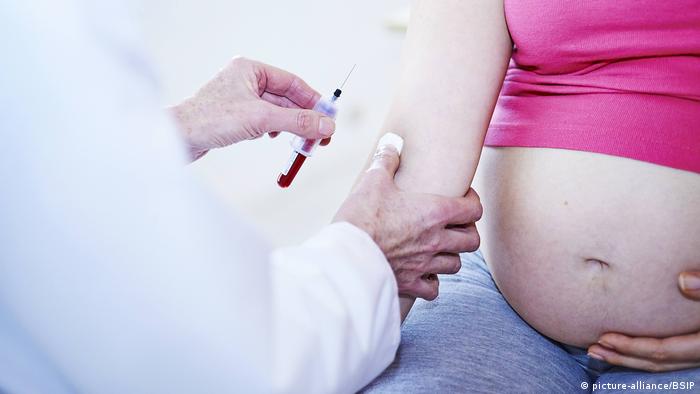 Even after determining that her child would likely have trisomy 21, Susanne decided to keep the baby.

When daughter Luise was born, the delivering doctor, who was not a trisomy expert, wasn't sure whether the baby had Down syndrome or not. It didn't matter to Susanne at that moment.

"It's simply a baby and it's our baby," is what she remembers thinking after the delivery.

It wasn't until the next day that the expert who had been called in diagnosed Luise with trisomy 21.

Today, the soon-to-be 13-year-old attends a school for children with disabilities, and a severe heart defect that was operated on shortly before her second birthday has healed. Luise leads a "completely normal schoolgirl life," says her mother.

Trisomy is not just trisomy

Since 2012, pregnant women in Germany have also had the option of having a possible chromosomal disorder in their baby diagnosed via a non-invasive prenatal test (NIPT). For a NIPT, a blood sample from the pregnant woman is examined. 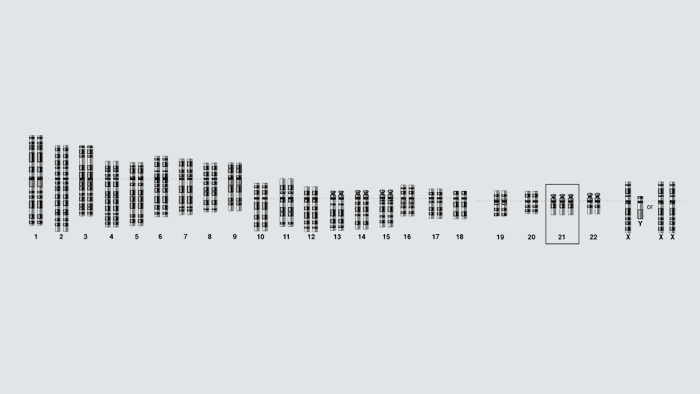 People with trisomy 21 have the genome no. 21 three times.

People born with trisomy 21 have three copies of chromosome 21 instead of two. They usually have mild mental disabilities ― in a few cases severe ― and motor disorders. 40 to 60 percent have a congenital heart defect, and malformations of the gastrointestinal tract are also not uncommon. Many of the physical anomalies are operable, and the life expectancy of people with Down syndrome averages about 60 years.

Since 2019, the NIPT has been paid for by health insurance in Germany in pregnancies with an increased risk, following a doctor's recommendation.

The move, like the initial introduction of the test, was controversial. Critics worry that the NIPT could be used as an easy way to screen out people with disabilities before they are born, like when women abort babies because of a high likelihood of trisomy 21.

"Keep fighting for Down syndrome"

Natalie Dedreux started a petition two years ago against health insurers covering the cost of NIPTs . "Living with Down syndrome is special," she says.

The 22-year-old blogger should know ― she has Down syndrome, lives alone in an apartment in Cologne and is part of the team at the Touchdown 21 research institute,  where people with and without Down syndrome work together. She also writes for Ohrenkuss, the institute's magazine. "It's important that we are seen, so that the world sees for once that people with Down syndrome are there."

The petition remains open despite the decision to have health insurers cover the costs in risk-pregnancies, and already has more than 28,000 signatures. "I want to keep fighting for Down syndrome," Dedreux says.

Denmark: hardly any babies with Down syndrome anymore

"It's a problem when in a society you point out life that's not worth living based on an extra chromosome," says Grete Fält-Hansen. She is the president of the National Down Syndrome Society in Denmark and mother of Karl-Emil, a 19-year-old with Down syndrome.

In Denmark, a non-invasive test that can determine with near certainty whether a child will have trisomy 13, 18 or 21 has been part of the normal screening package offered to every pregnant woman since 2004. There is no additional cost to the women; almost all opt to have it. Of those who get a Down syndrome diagnosis, more than 95 percent opt for an abortion, reports the US magazine The Atlantic. 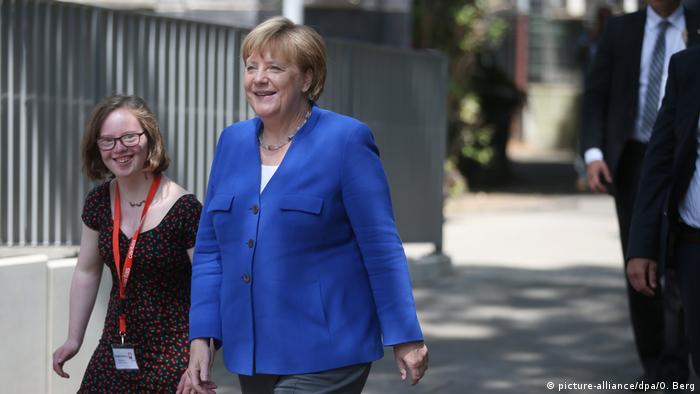 Fält-Hansen says the regulation has led to parents refusing the prenatal test who then have a child with Down syndrome sometimes being asked "Why didn't you take the test?"

She says that women whose test indicates their baby will have trisomy 21 don't receive enough care. "They have to make one of the hardest decisions there is," Fält-Hansen says. "I like the idea that women make their own choices. Nobody should have told me to have or not to have an abortion. But those should be informed choices, and that's what's lacking." 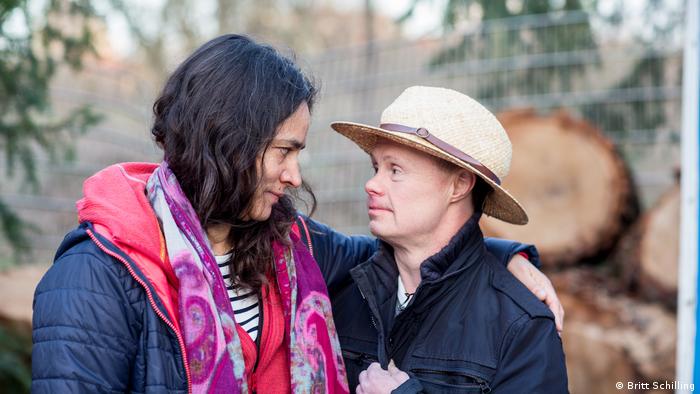 "No woman decides to have an abortion lightly"

Katja de Bragança, director of the Touchdown 21 Institute  and editor-in-chief of Ohrenkuss, also criticizes this. When doctors tell pregnant women that their baby most likely has Down syndrome, "the level of information leaves a lot to be desired," she says.

"Sometimes women are asked to make the appointment for a termination 70 seconds after they receive the inital news. The notification should happen more respectfully and with more knowledge. If there's more information, the woman's decision is on safer ground."

And it is a difficult decision, as Dr. Heike Makoschey-Weiß sees regularly. The gynecologist and psychotherapist works in a prenatal medicine and genetics practice in Meckenheim in western Germany.

"It's not easy for anyone to have an abortion," she says. 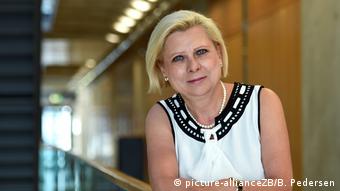 Hilde Mattheis: Limiting NIPT to people who can afford it would amount to "social discrimination".

A point that is also important to Hilde Mattheis. "No woman decides to have an abortion lightly," says the German social democratic member of parliament. She supports the NIPT as a health insurance benefit because "I trust women to handle it thoughtfully and responsibly."

Makoschey-Weiß, on the other hand, says the test is used by doctors too often and, above all, without enough reflection.

More openness toward people with disabilities

For Luise's mother Susanne, the NIPT itself is not the problem. "It's in the world now, and it's not going to go away. It's an instrument. But the question of 'How do I deal with the result?' is absolutely related to what parents perceive, how disability is seen in society," she said.

There needs to be good support services for parents, she believes, and openness and acceptance toward people with disabilities. Only in this way, Susanne says, is it really possible to "offer parents an environment where they can make a free choice - free from fears and constraints."