Prejudice still has a hold on German attitudes to Turkish culture | Germany | News and in-depth reporting from Berlin and beyond | DW | 31.03.2010

Prejudice still has a hold on German attitudes to Turkish culture

During Chancellor Angela Merkel's trip to Turkey earlier this week, she immersed herself in the country's culture. But back home, many Germans still have trouble appreciating Turkish culture. 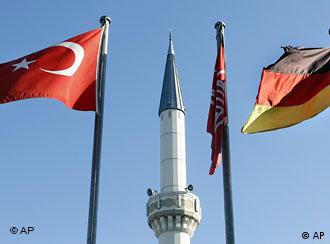 Germany is home to the biggest Turkish diaspora in the world, but when it comes to accepting and appreciating Turkish culture, many Germans still have reservations.

Turkish Prime Minister Recep Tayyip Erdogan recently suggested Germany should encourage more Turkish-language schools in Germany. His comments reignited the debate on Turkish integration in Germany, which many believe has not been entirely successful.

But integration is a two-way street and requires the indigenous population to do its share too, according to a comprehensive, pan-European study on attitudes to migrants and prejudice spearheaded by a team of university researchers based in the western German city of Bielefeld.

The study found that Germans, in particular, do not believe that the Turkish and German cultures complement each other.

"A lot of people, especially in Germany, agree to anti-Islam statements," Professor Andreas Zick, an expert on migration and prejudice at the University of Bielefeld and lead author of the study, told Deutsche Welle. 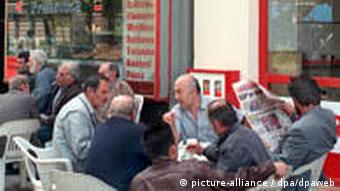 Many Germans have stereotypical opinions of Turkish people

"Only 16.6 percent of Germans in 2008 agreed that Muslim culture fits well into Germany," Zick added.

This is a very high level of rejection, compared with other European countries. According to the survey, half the population in France thinks Muslim culture fits well in their country, and in the UK, also home to a large Muslim community, 39 percent agree that indigenous and Muslim cultures complement each other.

Zick and his colleagues found that the attacks on the World Trade Center in 2001 were a turning point for many Germans regarding their views on the Turkish community.

"Formerly, Turkish immigrants were perceived as Turks, but after 9/11, Turks became associated with Muslims and Islam. Now Turks and Muslims are nearly the same thing in the perception of the majority of people," Zick says.

These attitudes, which are often referred to as Islamophobia, can be observed across different age groups and regardless of the level of education.

When it comes to holidays though, Turkey is among the top five destinations Germans like to visit. Most favor beach holidays, but there are also many Germans who choose Turkey for a culture-oriented trip.

Germany's biggest tour operator for cultural and educational holidays, Studiosus, has over 15 different trips to Turkey on offer, all of which focus on getting to know Turkish culture. 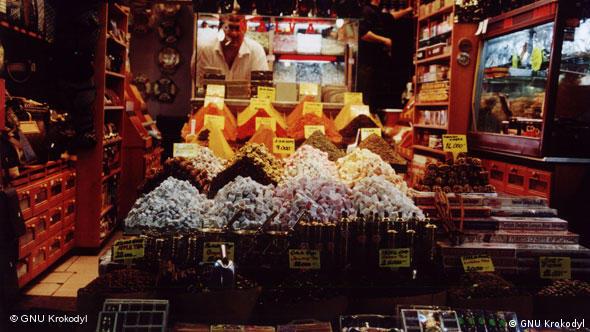 Istanbul is becoming a popular holiday destination for Germans

"For our customers, it's the mix of the exotic, the oriental as well as the Western influences that are attractive," Thomas Graune, area manager for Turkey at Studiosus, told Deutsche Welle.

"Especially in Istanbul, you have the muezzin alongside trendy bars, the headscarf next to the miniskirt, or a traditional bazaar next to modern shops," Graune said.

Studiosus says Turkey is as popular for cultural holidays as Spain, Greece, Jordan and Syria, not least because of famous landmarks such as Ephesus, Troy and Pergamon as well as the capital Istanbul. In the Mediterranean, only Italy is more popular with culture fans.

But when it comes to Turkish culture in Germany, many Germans apply double standards. Zick's study found that Germans often label Islam, and therefore Turkish people, as misogynist and homophobic amongst other things.

But when asked about their own views on women and homosexuals, they turned out to be similar.

In Germany, Erdogan's suggestion for Turkish-language schools was largely seen as detrimental to integration. But Zick believes Germans need to forget about long-held stereotypes and focus on the future by engaging more with the Turks living in their midst.

"We know from our research that contact between people really helps, not only for one particular community, but it works generally as a shield against prejudice," Zick told Deutsche Welle.

Chancellor Angela Merkel is in Turkey to meet with Turkish PM Recep Tayyib Erdogan. Even though the two countries are close allies, controversy has surrounded the visit before it even started. (29.03.2010)