With his penchant for designer eyewear and Italian shoes, Pope Benedict XVI is becoming an unlikely style icon. A man who knows what he likes, he has now caused a stir by apparently switching tailors. 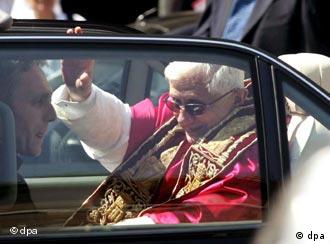 Pope Benedict XVI would come pretty far down on many people’s list of ‘most fashionable icons' despite his penchant for Prada shoes and designer sunglasses. But the German-born pontiff is currently at the center of one of the Vatican’s more bizarre controversies, one which revolves around the fiber of his fabric.

The stylish Benedict has angered many in the holy city by allegedly switching allegiances from the company which has made papal robes for over 200 years to a tailor who has only been in business for a tenth of that time.

In what is being called the “cassock wars,” both tailors are said to be squaring up for a dispute over the papal contract in a bid to win the pope’s favor. Annibale Gammarelli, of the eponymous firm of outfitters who have been making papal cassocks since 1792, is locked in a struggle with Mancinelli, a small shop that has been operating for a mere 20 years.

It was reported in October that the pope had ditched Gammarelli’s robes, which it was claimed made the pontiff feel uncomfortable, and tradition in favor of Raniero Mancinelli’s more loose-fitting threads.

Was Pope's Conclave cassock too short? 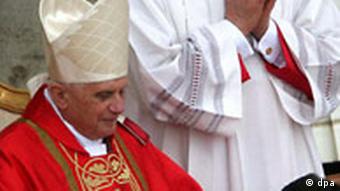 The pope was said to be less than happy with the short cassock.

It was also suggested in the Vatican newspaper, The Tablet, that Benedict was forced to wear one of three "stock" cassocks supplied by Gammarelli for the eventual winner of the Conclave. Unfortunately, none fitted properly and the cassock, which hovered above the pope's ankles, caused some amusement," the paper wrote. "Is it possible that Papa Ratzinger did not find it very funny?"

Gammarelli has angrily denied that his services were no longer being used. "This is an ungracious falsehood," he said. "We are always in contact with the apartment of the Holy Father. Perhaps there was only an occasional gift by some friend of the Pontiff."

Gammarelli's first papal client was Pius VI, a man renowned for his vanity and frequently lampooned for his narcissism.

However, a conflicting report in the Corriere della Sera newspaper muddied the waters further by claiming that Benedict had abandoned both Gammarelli and Mancinelli in favor of a return to Alessandro Cattaneo, a tailor whom the pope used when he was Cardinal Ratzinger.

Whichever tailor the pope has now switched to, it is widely seen as a betrayal of hundreds of years of tradition, a claim that has been vehemently denied by Vatican sources which also claimed that Gammarelli remained the official supplier of attire to the Holy Father.

Benedict a fan of designer goods and old favorites 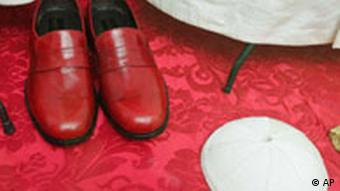 What every fashion conscious pontiff is wearing: red Prada loafers.

It is another example of the surprising individualism of a pope many saw as the most straightlaced of pontiffs. In addition to his love of designer sunglasses, the pope has favored padded quilt jackets, jumpsuits, baseball caps and red Prada shoes.

It is said that the pope still retains the same furniture from his old flat and also carries the same beaten up old leather briefcase which he has had for years.

Quirky and offbeat news from around Germany.