Pope Meets Dissident Theologian for Talks | Europe | News and current affairs from around the continent | DW | 27.09.2005

The news that Pope Benedict XVI met over the weekend with the controversial Swiss theologian Hans Küng, one of the most prominent critics of the Roman Catholic Church, struck the Vatican like a bolt from the blue. 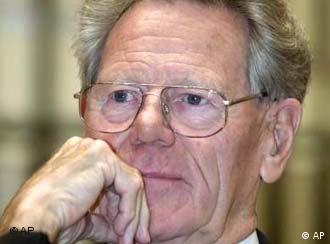 The Vatican announced on Monday that Pope Benedict XVI, who is known for being a staunch defender of traditional Catholic doctrine, hosted a meeting on Saturday with the contentious Swiss Theologian Hans Küng, a pioneer of theological dialogue with non-Christian faiths.

The meeting with Küng, who was banned from teaching Catholic theology by the Vatican in 1979 for questioning the pope's infallibility, took place at the pontiff's Castel Gandolfo summer residence and was held "in a friendly atmosphere," Vatican spokesman Joaquin Navarro-Valls said.

The two former university colleagues agreed not to discuss doctrinal questions, which put the Swiss theologian at odds with Church authorities, but focused rather on the question of the role of the church in a secular world.

First friends, then not 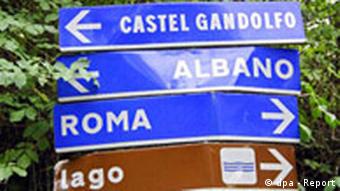 The pope has his summer residence is in Castel Gandolfo

Joseph Ratzinger, 78, who was elected pope in April, paid tribute to Küng's efforts to encourage reflection on moral values common to all humanity and on the dialogue between faith and science.

Küng, 76, meanwhile recognized the pope's efforts to support inter-faith dialogue and to reconcile the Church with "the modern world's various social groups.

Saturday's talks were effectively a reunion between two of Europe's leading Catholic theological minds, who rubbed shoulders at Germany's University of Tübingen, where Küng still teaches ecumenical theology, and who both took part in the Second Vatican Council in the 1960s.

Straying from the truth 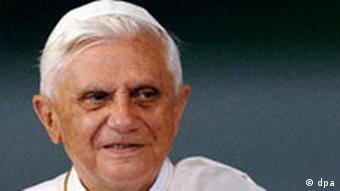 Although liberal in his youth, Benedict XVI veered to the right after the student portests of 1968

Küng was stripped of his license to teach in 1979 by the Congregation for the Doctrine of the Faith, the Vatican's doctrinal authority. Ratzinger was at that time a member of the ministry, becoming its head two years later. The Swiss theologian had been accused of having "strayed from the truth of the Catholic faith."

A supporter of dialogue between religion and science and of a greater role for women within the Church, Küng was particularly critical of Pope Jean Paul II's pontificate, which he accused in 2003 of having "killed all life in the church."

Although the pair had fallen out, the dissident theologian said he saw some "signs of hope" in Ratzinger's election as pope.

The dawn of a new era? 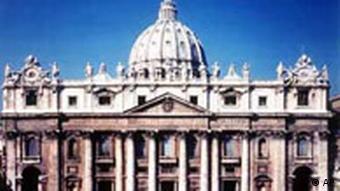 Is the Vatican becoming more liberal?

This is not the first controversial move of the new pope. In August, Benedict XVI met with Bishop Bernard Fellay, leader of the Catholic ultraconservative brotherhood established in 1969 by the French-born Archbishop Marcel Lefebvre, who was excommunicated in 1976 for opposing the reforms of the Second Vatican Council.

The Italian press has reacted positively to Benedict XVI willingness to talk to his doctrinal opponents. La stampa wrote on Tuesday that the "pope wants not only to abate, but perhaps even end the conflict with the Catholic right and Catholic left. This is not about ignoring differences, but rather about building bridges toward a new dialogue."

Even though the talks with the pope did not produce any dramatic results, Küng said on Monday that the meeting was a sign "that this pope does not look towards the past and does not withdraw from the world."

After his historic visit and speech at Cologne's main synagogue, Jewish leaders welcomed Pope Benedict XVI's words on unity and his warning against new forms of anti-Semitism. (Aug. 20, 2005)

Germans eligible to vote headed to the polls Sunday. Pope Benedict XVI, who is still a registered voter in Bavaria, did not cast his ballot, his brother told DW-WORLD. (Sept. 18, 2005)