All the health money can buy

Aid workers come to help, but all too often they are forced to watch people die. Many diseases do not have to be fatal, and yet there are millions of deaths every year because the poor have no access to treatment. 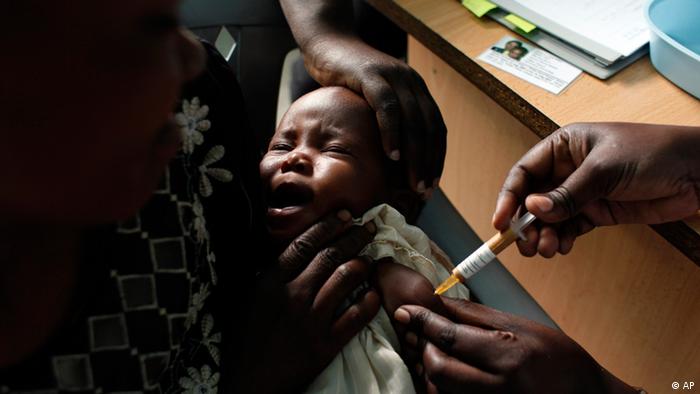 Lucy* knows the value of life: it’s $10. Working for nine months in the Democratic Republic of Congo, she saw her fair share of war, disease and death.

Like that of her colleague’s two-year-old daughter: “She’d had one round of fluids for malaria treatment and needed a second one, but the hospital wouldn’t give it to her until the first had been paid for. Three days later, she was being buried,” says Lucy, sadly. “Whether that child lived or died had all hung on $10 - you realize then how the value of a person is different than in other countries. Nobody here would have died for $10…it’s hard to live with.”

But it’s something that aid workers, like Lucy, have to live with. Because death comes with the territory when every day you’re dealing with those living in such poverty, they can’t afford to pay for healthcare.

Facing death through preventable disease - it’s a common situation for the 1.2 billion people the World Health Organization estimates live in extreme poverty, living on less than $1 per day. No decent accommodation, no access to clean water or adequate sanitation and often malnourished - many people with such low incomes are forced to live in conditions that are more likely to lead to ill health.

Like the two brothers Faridun* and Jamshed*, who Lucy met while working in in Tajikistan. “They were on a list of 300 people from the surrounding region and not going to get medicine in the foreseeable future,” says the aid worker, who asked for her name to be changed as she was talking without the authority of the organization. “They were waiting for a miracle or to die.” 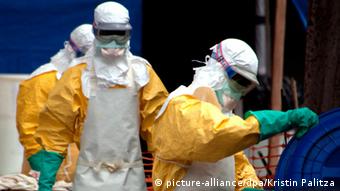 Ebola is another disease that affects mainly people in poverty. Around 9,380 people have died since the current outbreak in west Africa began last year.

Faridun, the older 19-year-old brother, contracted multidrug-resistant tuberculosis (MDR-TB) while in the cramped army barracks with his comrades. He was treated for four months in hospital, but sent home when doctors found the medication wasn’t working. There, he infected his brother.

Caused by a bacterial infection, tuberculosis is usually treated using antibiotics for a minimum of six months. But MDR-TB cannot be treated with the standard medications and patients must take a complicated cocktail of drugs for up to two years and with side effects that can include deafness.

The wrong place, the wrong disease

But while the MDR-TB treatment is difficult for anyone, in richer parts of the world patients have much better access to the medications and care and are, therefore, much more likely to survive the disease - if they get tuberculosis at all. Incidence of TB is low in the west where TB has all but been wiped out. In Europe’s economic powerhouse Germany only 5.3 cases per 100,000 population were recorded in 2010, although the disease is thought to be a re-emerging threat.

The Tajik boys, however, were only given the drugs to treat the standard tuberculosis - medications that are ineffective against the multidrug-resistant strain they had contracted.

It is likely that the Tajik boys are already dead, admits Lucy looking out of the window of her Berlin flat: “It’s morally wrong that just because you are born in the wrong place you die of a disease that others get treatment for.”

Lucy takes out her laptop to show photos of the villages she visited in Tajikistan to demonstrate the poor conditions: Small houses made with what looks like grey mud, they are topped with corrugated roofs and surrounded by dirt and sparsely-leaved trees. Single-glazed windows provide little protection against the intense cold in the winter, meaning that families crowd into the one small room they heat to keep warm. Disease spreads easily.

A cough, a sneeze or even just speaking projects the tuberculosis bacteria into the air, which then infects others. The disease is common in Tajikistan affecting around 206 out of every 100,000 people - the highest in this WHO region.

While access to healthcare in Tajikistan is free by law, many end up paying out of their own pockets due to the corruption the system, says Lucy.

“Staff ask for a fee so that they can feed their own families and there’s no public transport so people have to try to borrow a car,” she says. “Treatment is so expensive, it’s an extra burden. Many families sell off everything - their cars, furniture, animals. I’ve been to houses that are empty because people have sold everything to get treatment.”

Watch Tsegi's story: #stillbreathing - Choked by the air around her

For Tsegi, the 19-year-old Life Links reporter Carolina visited in Mongolia, money is also a struggle. Living in one of the poorer districts of Mongolia’s capital Ulan Bator, heavy air pollution and freezing winter temperatures in the city frequently cause Tsegi to get bronchitis. She must keep warm to stop the disease from recurring, but sometimes cannot afford the wood or coal she needs to heat her home. If Tsegi gets sick again, she risks developing chronic bronchitis, a condition that falls under the umbrella of chronic obstructive pulmonary disorder (COPD).

While the Ulan Bator government has been trying to combat air pollution with a scheme to part-finance the distribution of “clean” stoves, some are critical about the effectiveness of the new heaters and continue to use their old ones and meanwhile, the city continues to grow meaning more pollution and more sickness..

But because of such problems, COPD is fast becoming the third leading cause of death worldwide. Around 90 percent of those who get such a disease come from low- and middle-income countries. Like tuberculosis, it is a disease of the poor: while poverty leads to the conditions that allow the disease to spread, it also prevents those infected from getting adequate treatment.

Drugs not even developed

Still, for those diseases, there is a treatment. For others, sometimes the drugs have not even been developed in the first place or those people can access are ineffective or perhaps even dangerous. 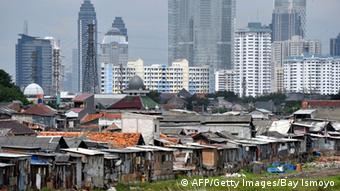 People living in poor conditions, like in the slums here in Jakarta, Indonesia, are more likely to suffer from ill health.

“There is a lack of economic incentive to develop new drugs and vaccines for the poor population,” says Bernard Pécoul, executive director Drugs for Neglected Diseases Initiative (DNDi), a non-profit dedicated to research and development of new treatments for such diseases. “You have to invest research, development, time and money and that is driven by the return of investment from the market. Neglected diseases affect the poor in developing countries...it is not a profitable market.”

While 1,556 new drugs were developed between 1975 and 2004, only 21 were made for such diseases and tuberculosis, although the conditions account for approximately 11.4 percent of global disease, according to DNDi.

However, Pécoul says that in the future, that may change. In some cases, pharmaceutical companies are willing to be involved in drug development in an attempt to improve their public image - and there are also other reasons: “Businesses are very aware that markets in Europe, the US and Japan are not growing, there’s no potential for development. But there is in the rest of the world.”

Still, a move of focus to emerging markets and other parts of the globe is not happening quickly enough. Some communities remain neglected and inflicted by diseases such as Chagas, or human African trypanosomiasis (African sleeping sickness). Medications for these neglected diseases attract very little investment because they affect the world’s poorest - a population that is still worth very little to the pharmaceutical companies that develop drugs.

Around eight million people are infected with Chagas and most are unlikely to receive pharmaceutical treatment. Caused by a parasite, the disease leads to the deaths of around 10,000 people per year, the majority of whom die from related complications.

Generations of families have been infected by the disease and yet treatment through drugs remains limited due to safety and tolerability issues with no alternatives having been fully developed. 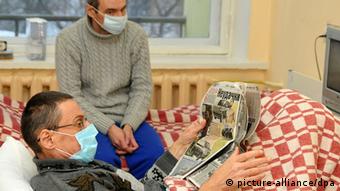 Around one third of people all over the world are infected with tuberculosis bacteria, but are not ill with the disease and therefore cannot transmit it.

“There was a community where more than half the adults were positive for Chagas,” says Carolina Batista, a former aid worker for humanitarian organization Doctors Without Borders (MSF). “They used to tell me about how their mothers and grandmothers had had the disease: ‘And now I’m here and I have no hope’, they’d say.”

It was this, says Carolina, that pushed her to change her career path and concentrate instead on drug development to help people, as medical director for DNDi Latin America. “It’s a long battle, but I’ve got hope because recent studies show that we are going in the right direction. We can give hope to the patients, so they can smile in the future because their family history is finally being changed,” she says.

It is these organizations like DNDi and the World Health Organization (WHO) that try to improve healthcare through the setting of standards and policies and developing of drugs to help the poor and neglected. Others like MSF and the Red Cross, meanwhile, work on the ground to provide emergency aid to those unable to reach healthcare due to factors including war, natural disaster and epidemics.

They have had some success, at least: Globally, cases of some diseases are falling. The number of children dying under the age of five has dropped from 12.6 million in 1990 to 6.6 million in 2012, the number of new HIV infections reduced by 33 percent between 2001 and 2012 and tuberculosis is also on the decline.

But it is little consolation to those working in developing countries - for aid workers, like Lucy, who experience the deaths that result from a lack of funding, or a failure in policy: though they came to help, too often they have to helplessly watch people die.

*Names have been changed to protect their identity

As Liberia battles the Ebola virus, people suffering from other diseases are afraid to seek treatment. They fear they may be wrongly diagnosed or could contract Ebola if they seek hospital treatment. (16.09.2014)

2004 WHO report: Diseases of poverty