As Liberia battles the Ebola virus, people suffering from other diseases are afraid to seek treatment. They fear they may be wrongly diagnosed or could contract Ebola if they seek hospital treatment. 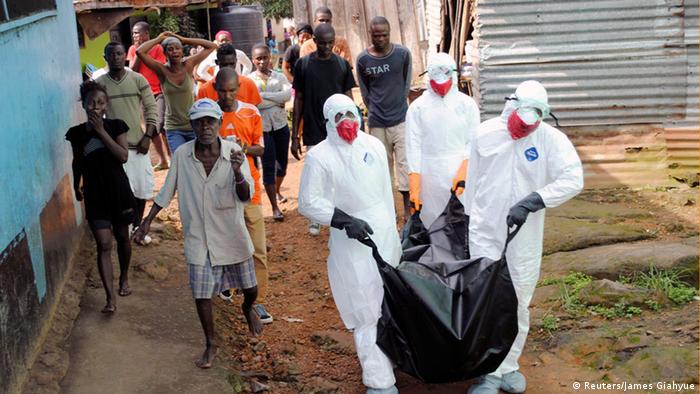 Fear is growing in Liberia. More than 1,300 people have died in the current outbreak of Ebola. Liberia is one of the three West African states hardest hit by the disease, the others are Sierra Leone and Guinea. The World Health Organization (WHO) warns that the numbers are likely to increase dramatically before the disease is brought under control. But Liberians are not only afraid of contracting Ebola, they are also scared of being wrongly diagnosed when they may in fact be suffering from more easily treatable illnesses, such as malaria or diarrhea. HIV-positive people say they are being denied the treatment they need.

Joejoe Baysah is one of more than 10,000 Liberians who are HIV-positive. He told DW that since the Ebola outbreak began "the entire HIV work has slowed down and even stopped completely." For people seeking treatment "it is a problem because most of the hospitals and treatment centers are closed, especially for PMTC (Prevention of Mother to Child Transmission)." 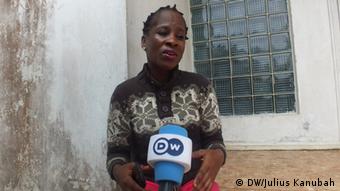 45 year-old Joejoe tested positive about 12 years ago and has been undergoing treatment since then. He feels that he and others like him are being neglected because of the focus on Ebola. "Women who are HIV-positive and pregnant are no longer able to access treatement. Now that the centers are closed where can we go? It is a problem for all of us," Joejoe said.

Cynthia Quaqua is the president of the Liberian Women's Empowerment Network, an HIV/AIDS campaign group. She agrees with Joejoe's assessment. She told DW that a young child infected by her HIV-positive mother had just died. "People are not paying attention to HIV/AIDS any more."

The lack of attention to other infectious but treatable diseases is a clear sign that the Liberian healthcare delivery system is unable to cope. At the country's largest referral hospital, the John F. Kennedy Memorial Medical Center, nurses were left to flee for their lives after two of Liberia's top doctors died of Ebola contracted from patients they had been treating. 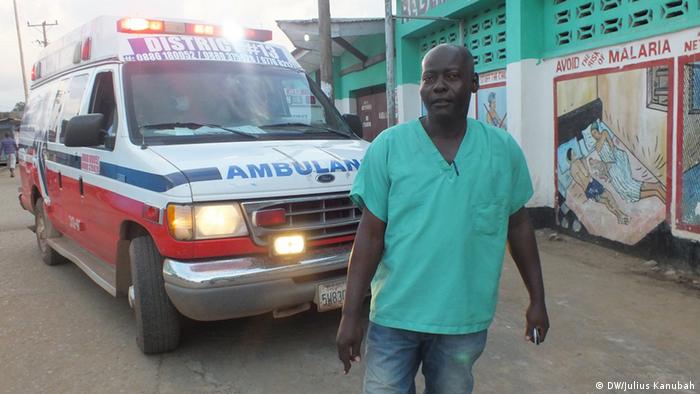 With too few medical staff and people afraid to visit medical facilities because of the advice by the Liberian Health Ministry that every malaria, diarrhea and high fever case should be treated as a suspected case of Ebola, panic is now widespread.

Annie Chea lives in New Kru Town, a slum district of Monrovia. She says she is scared to go to hospital since even a headache is now regarded as a symptom of Ebola.

To counter such fears, James Gbatah, a medical worker and supervisor at Monrovia's Redemption Hospital in New Kru Town, said that, although healthcare delivery services are in short supply, it was important for people to seek treatment if they felt unwell. "Nobody should be afraid or say that the hospital is not safe," he said. Anybody with an unidentified sickness should go to the nearest hospital where they would receive help.

Despite the high death toll, Ebola is far from becoming Africa's number one killer disease. Malaria and HIV/AIDS are still among the main causes of death, claiming 1.6 million lives a year. But for now, Ebola has pushed everything else to the sidelines.

WHO warns Ebola cases could double every three weeks

The World Health Organization has warned that the number of Ebola cases could double every three weeks, with medics stressing it could soon become too late to contain the disease. (16.09.2014)

Liberia’s finance ministry has acknowledged that the ongoing Ebola outbreak has led to a decline of the country’s economic growth. This has forced the government to slash public expenditure. (12.09.2014)