Neglected tropical diseases (NTDs) affect over a billion people worldwide, yet only a fraction of global health budgets are spent on them. Addressing NTDs could be a key to tackling poverty, says Dr. Neeraj Mistry. 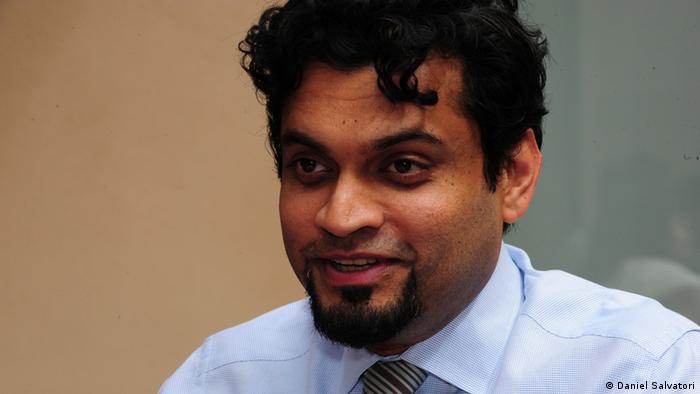 NTDs are a group of parasitic and bacterial infections transmitted by worms in the soil or through insect bites. They are not fatal but regularly result in disability and blindness. Typically, these diseases affect people living in the world's poorest areas, particularly in Asia, Sub-Saharan Africa and Latin America.

DW: Why do neglected tropical diseases fail to get the attention they need?

Neeraj Mistry: Neglected tropical diseases - and the term "neglect" - actually represent the communities that are neglected. These are communities that live on less than $1.25 a day in remote rural parts of the developing world, within the tropical belt across the globe. These communities have no political voice; they don't have any ability to actually express their needs and concerns. They also haven't had any advocates that could put NTDs on the global health and development agenda, compared to HIV, TB and malaria for example, which have had strong vocal advocates, particularly from the Global North.

Can you put that in figures: What does the difference between HIV and neglected tropical diseases amount to?

A significant difference between NTDs and other diseases - like AIDS, TB and malaria - is that NTDs don't kill, but they actually affect people's ability to function, to learn, to engage in a political and economic way and contribute to society.

People are trapped in what we call the poverty cycle. Because they have these infections they aren't able to work and because they can't work, they can't change their economic predicament, which then predisposes them to getting these diseases again.

Doing laundry in rivers can put people at risk of contracting schistosomiasis, also known as bilharzia

There are good examples of what can happen if these diseases are treated. Can you give an example?

When we eradicated these diseases in parts of West Africa where river blindness is present, we found that there are many more people that are going to the field, planting and harvesting food, which then contributes to the nutrition and the economic wellbeing of the community. The community is turned around and is much more prosperous. While there's an economic gain, there's also a huge social gain in that the morale and the entire tone of the community changes, working towards some sort of prosperity.

We feel that NTDs actually affect all of the MDGs. For example, if we provide education, but we are not getting children to attend school because they have worms. We find that with de-worming, there is an increase in school attendance. Women bear the larger burden of these neglected tropical diseases. We cannot address the predicament of women if we don't tackle these diseases.

Similarly, for any economic growth, we have to actually have a healthy workforce. So we are working hard to ensure that NTDs are included in any form of post-2015 policy agenda. 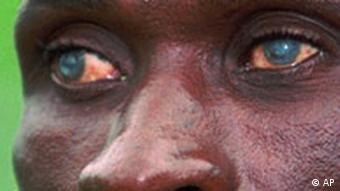 River blindness is the world's fourth leading cause of preventable blindness

Earlier this year, the World Health Organization adopted a resolution on the 17 neglected tropical diseases which is part of eliminating at least 10 of them by the end of this decade. What does this mean for people who are suffering from these diseases right now?

With the resolution, we have a clear signal to countries to actually prioritize this. We are looking to get contributions from donor governments as well as national governments affected by these diseases, and we have established really good public-private partnerships that include drug donations from pharmaceutical companies, technical assistance from the non-profit and NGO sector, and the policy environment from governments and the UN agencies. All this is contributing to a very cost-effective intervention that is on average $0.50 per person per year. We estimate that the funding gap for NTDs is about $300 million a year per year to get us to 2020, when many of these diseases will be eliminated.

This summer there was a case of dengue fever in Germany, which is not very common in this country, at least not so far. Climate change could cause some diseases to develop in places where they previously have not. Do you think that's something that's making countries more likely to invest in fighting tropical diseases?

I think the important thing is that we live in a very interconnected world. If you look at the level of global travel - irrespective of how climate change actually happens - we share a vulnerability to many of these diseases, which makes us think more holistically about how we tackle this. When it comes to global health and development, I think the challenges actually feel quite insurmountable and quite daunting.

But I think the control and elimination of neglected tropical diseases - at least a few of them - is a very doable challenge. We have the drugs, we have proven models of elimination, and now we just need to take this to scale and ensure coverage of all these communities. I think this is the type of moral victory that we need in our efforts on global health and development.

Dr. Neeraj Mistry is the managing director of the Global Network for Neglected Tropical Diseases, a Washington, DC-based initiative committed to raising awareness and eliminating the seven most common NTDs by 2020.

The fight against sleeping sickness

European researchers have found a way to block the parasite that causes trypanosomiasis (sleeping sickness). It is estimated that up to 30,000 die in Africa, where the disease is endemic in some regions. (11.01.2013)

Listen to the interview with Neeraj Mistry