Painted on the back of a Gothic winged altar, it had remained largely hidden from view. Dürer art experts hope to authenticate the piece soon. 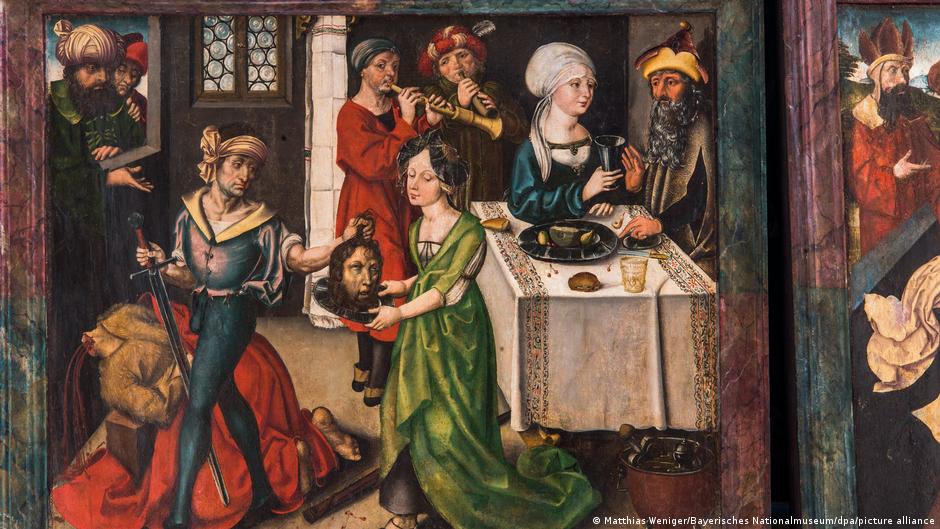 Speculation is rife that this panel was painted by German Renaissance master, Albrecht Dürer

Art lovers are descending on the town of Crailsheim in the south-western German state of Baden-Württemberg after speculation rose again about artwork possibly painted by German Renaissance master, Albrecht Dürer (1471-1528).

Discovered in the Lutheran Johanneskirche, or St. John's Church, it is painted on the back panels of a Gothic winged altar and is hidden from view most of the time. The church has since closed the altar panels for the work to be better viewed.

Art experts have yet to authenticate whether Dürer indeed painted the piece, depicting an executioner handing Princess Salome the severed head of St. John the Baptist. 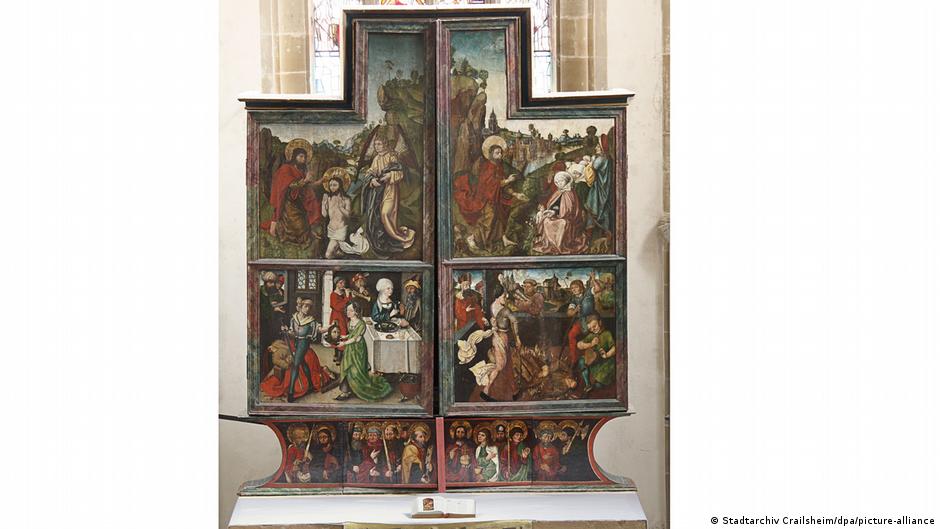 Art historians argue that the style and the artistic quality in which it is rendered reflects Dürer's. Art historian Manuel Teget-Welz, of the University of Erlangen, told SWR that the facial expression, muscular stature and elegant leg placement were all unmistakably Dürer: "There are quite a few similarities to other works, which reveals his personal signature."

If Dürer had indeed had a hand in parts of the panel painting, this would shed new light on his apprenticeship years with the Nuremberg painter Michael Wolgemut. Experts are convinced that the high altar, which depicts the life of John the Baptist and the Passion of Christ, was painted in Wolgemut's workshop around 1490.

Dürer worked for Wolgemut from 1486 to 1489 and would have been about 17 years old if he had painted the executioner. However, only an infrared analysis can clear all doubt — something local politicians are also calling for given its cultural and tourism significance.

The speculation that the artwork may be Dürer's isn't new. Art historian Helga Steiger has said that even as far back as 1928, the altar was included in an exhibition commemorating the 400th anniversary of Dürer's death at the Germanisches Nationalmuseum. 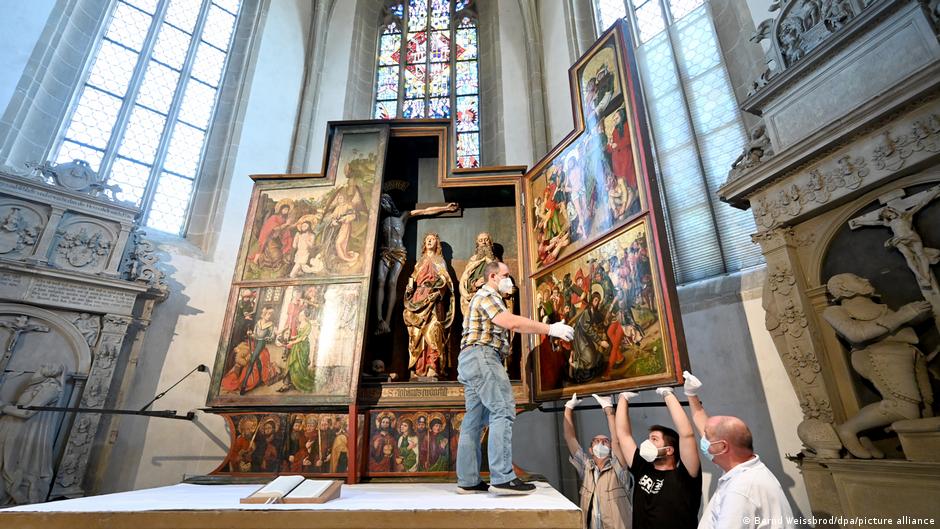 Meanwhile given the sudden influx of visitors, SWR has reported that the Protestant church will install new barriers in front of the altar and plans to offer guided tours and have a screen with enlargements installed.

The altar's panels will remain in their closed position for "two to three months," so that visitors can take a closer look at the painting. Previously, this was only possible once every seven years during the period of Lent, when the altar was closed to reveal this much-discussed painting behind it.

Not just an Easter delight: bunnies, hares and rabbits in art

The Easter bunny was deemed an essential worker by New Zealand's Premier, Jacinda Ardern, last year. However, when not busy delivering Easter eggs, rabbits and hares are also sought-after motifs in art.