Portuguese MPs vote in favor of legalization of gay marriage | Europe | News and current affairs from around the continent | DW | 08.01.2010

Lawmakers in Portugal have voted for a bill that will make same sex marriages legal. The move, in one of Europe’s more socially conservative countries, has attracted relatively little controversy. 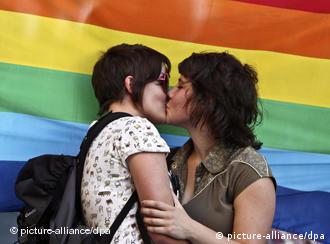 Portugal's parliament has voted in favor of the bill to legalize same sex marriages by a clear majority.

However, members rejected proposals to give gay couples the right to adopt.

Left-wing and ecological parties voted for the legislation, which comes less than 30 years after the country revoked a ban on homosexuality, while conservatives voted against.

The proposals will now be reviewed in detail by a committee and could receive final approval ahead of a visit to the country by Pope Benedict XVI in May.

A step forward for democracy

Prime Minister Jose Socrates said the law "put an end to pointless suffering" of homosexuals and that it represented "another phase in the long history of democracies against discrimination." 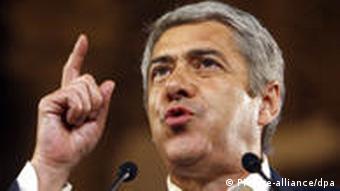 But he rejected criticism that homosexuals would still be discriminated against with regard to adoption, arguing that this and marriage were "two totally different questions."

Socrates acknowledged that, for the country's young people, the fact that homosexuality had been a crime until 1982 seemed incredible.

Socrates' government was honoring a pledge made by his Socialist Party before it lost an absolute parliamentary majority in September.

Portugal's Catholic Church has been moderate in its criticism compared with neighboring Spain, which gave homosexuals full marriage rights and the right to adopt in 2005. At the time, hundreds of thousands of Spaniards protested against the reform in church- sponsored street rallies.

Activists connected to the Catholic Church organized a petition signed by 91,000 people calling for a referendum ahead of any approval, but this was rejected by parliamentarians.

Portugal's highest court has maintained a ban on same-sex marriage in the Roman Catholic country. Two women in Portugal attempted to marry in 2006. After being refused a license by a Lisbon registry office, they sued. (01.08.2009)

Five years ago, the bride-and-groom grouping lost its monopoly on the church aisle or the top of the wedding cake. Groom and groom or bride and bride became possible due to a new law on same-sex registered partnerships. (01.08.2006)