Just a few years ago, many German rivers were ecological wastelands. The fish had ulcers and the porpoises died out. Today, the rivers are thriving. Can lessons from the banks of the Elbe save rivers around the world? 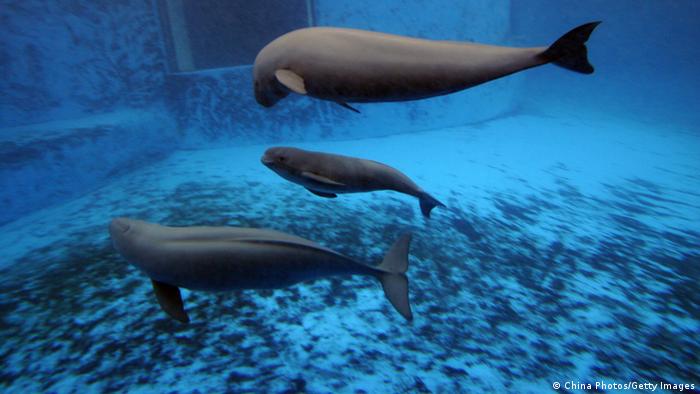 Plastic garbage floats on the water. Fish appear more dead than alive as they gasp for air on the surface. Horror scenes from all corners of the globe emerge as unfortunate testaments to the world's polluted waters. Just a few years ago, German river landscapes reflected similarly distressing images. But now, even porpoises - close relatives of the dolphin - are making a comeback in German waters.

The Elbe River especially, from its source in the Czech Republic to its mouth beyond Hamburg in the North Sea, was considered doomed. Until German reunification in 1990, the German Democratic Republic dumped untreated sewage directly into the river.

Researchers determined that in 1988 a cocktail of pollutants were transported by the Elbe to the sea. The toxic ingredients included 16,000 tons of nitrogen, 10,000 tons of phosphorous, 23 tons of mercury and 3 tons of the highly toxic chemical compound pentachlorophenol. 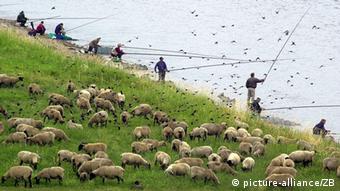 Although fishing is now commonplace on the Elbe, the river was once a toxic dumping ground for raw sewage

"The fish had severe mouth ulcers, called cauliflower ulcers," biologist Veit Hennig of the University of Hamburg told DW in an interview. Hennig also described the state of the Elbe in the 1980s. "The eels looked awful, the flounder had growths on the surface of their skin."

How was the river rescued? The closure of many East German factories, the continuous treatment of waste water and the implementation of stricter environmental regulations saved the Elbe, along with other German rivers, Veit Hennig said. Anglers and swimmers are now commonplace on the Elbe, as well as other German waterways. Even the animals, like porpoises, are returning.

On the banks of the Elbe river in Hamburg, whale researcher Veit Hennig explained why the porpoises are returning to the Elbe from the North Sea.

"The observation rates have been increasing for the past four years," Hennig said. This past year alone, he said there were 200 chance sightings. 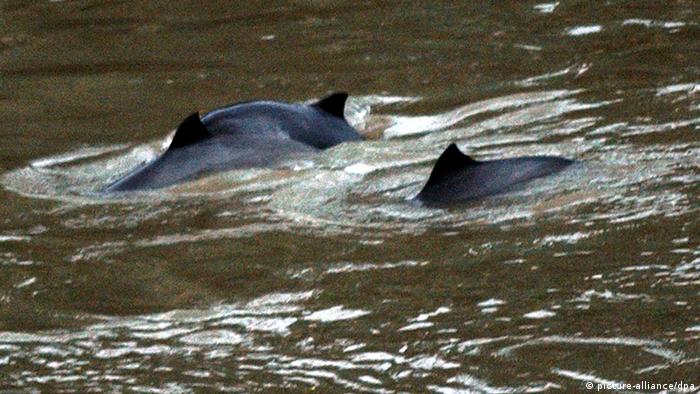 In spring the porpoises follow their prey, such as stint fish, which spawn in the waters of the Elbe. Now that the water quality has improved, the fish are returning. Right behind them are the porpoises - a testament to the river's recovery.

Sins of the past

Unlike other bodies of water, such as lakes, a river transports pollutants relatively quickly to the sea. Thus, the river eventually purifies itself, while the toxic and harmful substances remain in the sea. But the toxins do remain in the river's sediment. During floods like those seen across Germany this past year, the toxins can be agitated and reintroduced into the river system. 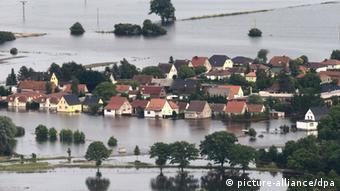 Although rivers purify themselves quickly, flooding stirs the sediment, which remains polluted for years

"It hasn't been that long since environmental regulation was nonexistent and humankind took advantage of nature," said Stephan Köster, who teaches at the Institute of Wastewater Management and Water Protection at the Technical University of Hamburg-Harburg.

According to Köster, rivers especially fell victim to human carelessness.

"We saw that we can dump anything into the water, and then it's quickly washed out to sea," Köster said. "Out of sight, out of mind."

Today, the researcher said attitudes have changed. "More and more was invested in waste water purification methods - and not only mechanical purification but also bio-chemically."

Water purification methods have also been continually refined, said the wastewater specialist. "Now it's the standard to purge nutrients, to retrieve nitrogen and to eliminate phosphorous strategically."

In a water treatment plant, the purification of water follows the 'big to little' principle. First, a mechanical cleansing process fishes out items, starting with larger pieces, and gradually decreasing in size. A sandtrap then draws out materials like sand, which could damage the pump. A settling tank ensures that only dissolved substances in the water are present until little helpers like bacteria come along to process the carbon.

While German and European rivers are being revived, rivers in China continue to suffer under heavy pollution. Could European water protection measures be implemented in China? Stephan Köster has maintained research ties with China for several years. 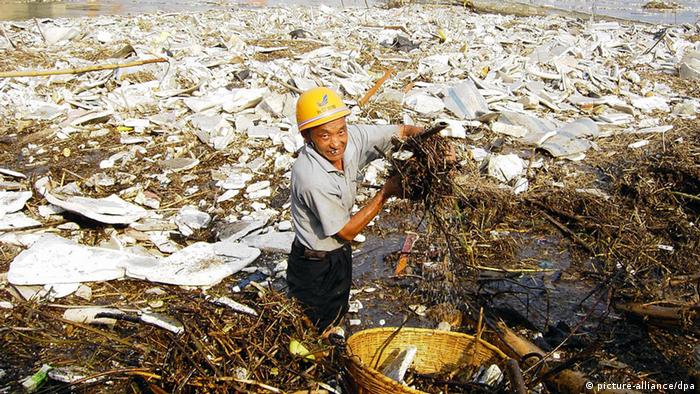 "I would say that China still has a lot of problems that need to be addressed when it comes to water issues," Köster said.

Laws and regulations regarding the protection of rivers do exist in China, he explained adding that implementation of the rules was poor. Veit Hennig said that even in the case of the Elbe, there's still work to do when it comes to returning their rivers to their natural state.

"Only the water quality in its true chemical make-up has improved. But the structure of the river as a natural habitat has actually worsened," said Henning, mentioning the continued narrowing of rivers due to construction along their banks. For German and Chinese environmentalists alike, there are still challenges ahead.

'Chinese believe in right to a clean environment'

China recently unveiled yet another massive plan to combat air pollution, a source of growing concern in the country. Environment expert Jennifer Turner examines how ordinary citizens are voicing their discontent. (30.07.2013)

Vietnamese American fishermen in the New Orleans area were hit hard by the BP oil spill three years ago. But a new urban farming project is helping the fishing communities reduce their dependency on the open water. (19.04.2013)

A kayak tour of Argentina for environmental protection 24.08.2021

Environmental campaigners kayaked 350 kilometers to urge lawmakers to pass a bill to save the wetlands. Then, they shouldered their boats and continued on foot — all the way to the Argentine National Congress.

The Pakistani government wants to spend billions of dollars on the Ravi River Urban Development Project. But the plan has left opponents counting the cost to the environment in nearby Lahore.

Delhi-based lawyer Ritwick Dutta told DW that he foresees an increase in environmental and climate action. He also called on legal entities to take greater and immediate action on the issue.