Poroshenko hints at martial law as fighting spikes in Ukraine

Ukrainian President Poroshenko said Kyiv might order a new wave of military mobilization and institute martial law in response to more violence in the east. Both sides report heavy shelling, despite the shaky truce. 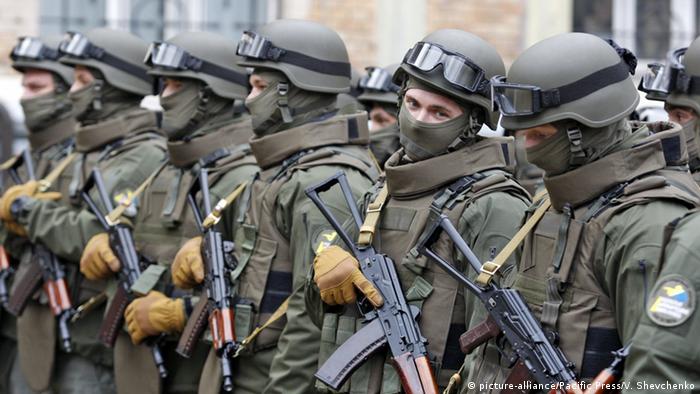 "The rebels launched more than 500 mortar and over 300 artillery shells at our positions," Motuzyanyk told reporters in Kyiv.

"The last time we witnessed a similar intensity of fire using heavy armaments was a year ago," he added.

According to Motuzyanyk, the soldiers were killed across the 30-kilometer (19-mile) buffer zone separating the two sides' forces.

The spike in fighting threatens to unravel a truce Russia and Ukraine agreed on in February 2015. In addition to latest deaths, the Organization for Security and Co-Operation in Europe cited a "high number" of truce violations this week, including artillery, gunfire and the movement of heavy weapons.

"If the situation escalates in the east and in Crimea, we don't rule out the possibilities [that] we will be forced to introduce martial law and announce a [further] mobilization," he said.

Kyiv has already ordered several waves of mobilization since the conflict started in 2014.

High-ranking rebel commander Eduard Basurin said his forces had no plans of mobilizing civilians in the self-proclaimed Donetsk republic.

"Our army is formed solely on the principle of volunteering," he said.

"Our stance is a defensive one. Everybody is interested in resolving the conflict peacefully," he told the Russian news agency Interfax. "However, if the opponent moves forward, we would be forced to provide an adequate response."

New tensions between Kyiv and Moscow have soared recently as Russia accused Ukraine of a plot to secretly enter Crimea and commit terror strikes. Ukrainian officials denied the charges.

The fighting in Ukraine has so far claimed over 9,500 lives.

The situation in Aleppo appears increasingly hopeless. This civil war is on the brink of its greatest humanitarian disaster. But there's not much the West can do on its own, writes DW's Loay Mudhoon. (15.08.2016)

Ukraine's government has agreed a new truce with pro-Russian insurgents, which is set to take effect on Orthodox Easter weekend. The ceasefire comes amidst reports that fighting has reached levels not seen for months. (29.04.2016)