The leader of the world's catholics is expected to visit migrants at the Greek island of Lesbos. The trip comes shortly after Greece began sending back asylum seekers to Turkey under a new agreement. 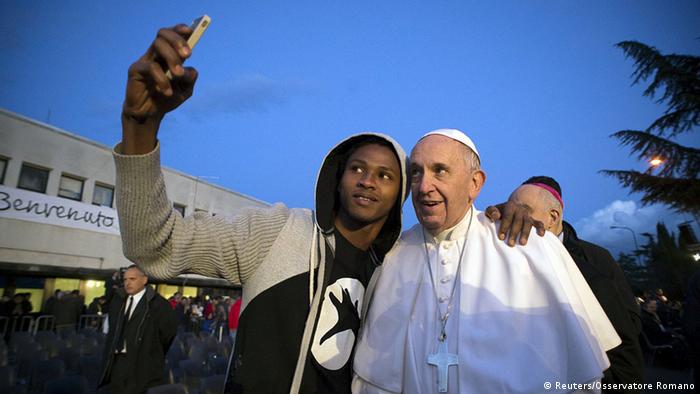 "The Greek government will welcome Pope Francis and Ecumenical Patriarch Bartholomew as valuable supporters and friends in the struggle to offer refugees some relief," a government official said on condition of anonymity. Greece's Prime Minister Alexis Tsipras was also expected to join the pontiff.

A statement by the Greek Orthodox Church said the visit would be "of a few hours duration, purely humanitarian and symbolic." The pope had expressed a wish to visit the island to draw attention to the conflict in the nation, "which has a detrimental effect on Christian communities, but also to highlight the humanitarian problem caused by desperate refugees who are seeking a better future in Europe," the church elaborated in its statement.

The Vatican's spokesman, Father Federico Lombardi, confirmed contacts between Pope Francis and Greek officials, but did not say when exactly he was making the trip. The venue was also not yet final.

The papal trip comes shortly after 202 migrants, mostly Afghans and Pakistanis, were sent to Turkey under a deal with the European Union. According to the agreement, migrants unable to apply for asylum by March 20 would be sent to Turkey. In return, Turkey would receive financial aid, visa-free travel for its citizens and faster negotiations regarding its membership in the EU.

Meanwhile Greece has stalled the return of refugees after it said the procedure of sending people to Turkey was slowed down following an increase in asylum requests. The next transfer was expected to take place on Monday.

Hundreds of thousands of people fleeing war and poverty in Asia and Africa arrived in Greece and Italy in the last year. According to the International Organization for Migration (IOM), more than 170,000 people have arrived in the EU since the beginning of this year, with most migrants reaching Greece.

The Greek island of Lesbos served as a major entry point for migrants who crossed the Aegean Sea from Turkey to reach European territory. The influx has triggered a humanitarian crisis, with several EU countries unwilling to take in the immigrants.

In a speech on Easter, Pope Francis spoke out against the crisis, saying a "rejection" of refugees was unfair.

In a sign of "humility and service," the Argentine pontiff has washed the feet of refugees from various religious backgrounds. One refugee said he felt "more important than Obama." (24.03.2016)